Although it’s been more than twenty years since I last saw him, I wept to learn that comic book and TV scriptwriter Marty Pasko was dead. He was an inspiration to many fans, especially those with aspirations of being a writer.

Martin Joseph Pasko was born on August 4, 1954 in Montreal, Quebec, Canada. He died of natural causes at the age of 65. Mark Evanier reported he had been in poor health lately.

Martin Pasko “came up the cargo hatch.” He started by writing letters to the editor for various comic books, then co-published a fanzine, Fantazine, with Alan Brennert, who later became a Campbell Award winning novelist. In 1973 he sold his first story to Warren Comics in 1973, “Package Deal” in Creepy #51. He then worked for DC Comics. He began his long connection with Superman writing a “Private Life of Clark Kent” backup feature in Superman #277. From 1977 to 1979, he was the principal writer for Superman, working on Superman, Action, DC Comics Presents, and Superman Family. He and artist Curt Swan created villains the Atomic Skull and the Master Jailer. Pasko also wrote for the Justice League of America, Wonder Woman, Metal Men, and Kobra.

In addition to DC Comics, Marty Pasko also wrote for Marvel Comics, working on Star Trek and Saga of the Swamp Thing, and the Marvel adaption of Disney’s Gargoyles.

In the 21st century, we take it for granted that the actors, producers, and directors of the MCU and other major entertainment projects were Geeks and Nerds in their younger days – but in the 1970’s and ’80s, it was a big deal when Marty Pasko was proof positive that a fan could become a comic book writer and a TV script writer and story editor. He was a role model to many of us and will be missed,

I can only echo what Mark Evanier said in his blog:

“I thought he was a very good writer, though I’m not sure he always believed it when I told him that…or when anyone else complimented him. I may write something more about the man when I’m a bit less stunned but I definitely consider him one of the good guys and I’m really, really sorry to not have him around anymore.”

Matt Smith To Leave Doctor Who

Haruo Nakajima, The Actor Inside The Godzilla Suit, Dead At 88 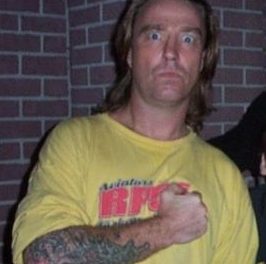 Earth scientists find multidimensional robots who understand us all too well and cannot be destroyed by a bunch of kids playing disco music on boom boxes , but scientists create a new weapon which kills them all.
The End.
but they die from catching the common cold.
The End.
Loading Comments...
%d bloggers like this: