Behold the Poo-nicorn. No, We’re Serious.

Behold the Poo-nicorn. It’s poo that isn’t brown, with a horn on its head. And feet.

GREEN BAY, WI – May 23, 2017 –  What do you get when you mix a poo emoji with a unicorn? It’s a line of plush toys, it’s already a mobile game, it’ll be sleepware being introduced in the 2017 holiday season. You guessed it: enter the Poo-nicorn. The licensing property is being unveiled at the Licensing Expo in Las Vegas, Nevada at the Mandalay Bay Convention Center May 23-25. The concept was created by Fun2Play Toys, manufacturers of a popular line of emoji-themed toys.

The Poo-nicorns are a product and entertainment line, consisting of toys, games, apps and content, launching this summer and throughout this fall. A new digital game, still comic and web series, created by digital studio AnimangaPLUS with support from Dynamite Entertainment, will be launched this summer.  The brand has momentum, and it’s going to be everywhere.

Here are a couple of choice quotes. Mark Northwood of AnimangaPLUS stated, “We are very excited to be working on comics and animation for such a growing and dynamic brand as Poo-nicornicopia! The people at Fun2Play are a pleasure to work with and have true vision for how to build a kooky and fun brand.”

And then the Co-President of Fun2Play Toys, Evert Weenink, said this: “The Poo-nicorns are shaping up to be a huge hit this holiday season, capturing imagination, humor, and trends all in one. We are very happy to be able to create a robust content strategy to grow the Poo-nicorn brand throughout 2017 and beyond.”

A full roster of Poo-nicorn products and licensed goods will be in-store this holiday season. Watch for Poo-nicorn content on YouTube, the growing kids platform Toons2Go, and a mobile game available in both the iOS and Google Play app stores.

What This Means for the Future of Humanity

There’s little point in being surprised that brands like this are frequently invented by sticking nonsense words together, like “Pen-Apple-Pineapple-Pen”. We have apparently shifted, as a society, to a point where things like Poo-nicorns are not only funny but profitable.

A mainstay icon of American pop music, The Monkees, were created this way. None of the four members of the band could actually play instruments when they started. To their credit, they stepped up to the plate and became one of the most influential bands of their era, even surpassing the Beatles in record sales at some points. Just because something is made up out of whole clothe doesn’t meant it’s going to be necessarily a terrible idea.

The branding for the Poo-nicorn is already well along, with toy, clothing and game deals all quite far along with no actual guarantee that the brand will catch with the consumer public. The Emoji Movie still has movie-goers scratching their heads wondering why that was done, and one would think that the success of that movie would be the litmus test as to whether something like the Poo-nicorn, based on the Poo emoji, would be something to green light as a product.

The licensing industry, though, is like the public relations industry in many respects. It’s frequently a success if everybody talks about it, regardless of whether it makes any sense. Will the Poo-nicorns succeed as a marketing concept?

I wouldn’t poo-poo it. 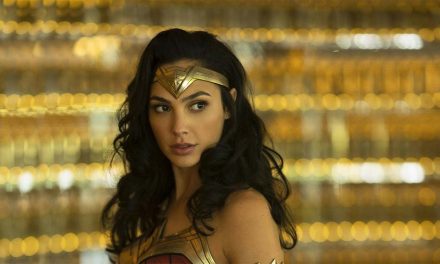