Because the movie-going world can’t seem to get enough dinosaurs, Universal Studios is not only doing Jurassic World 3, they’re bringing back original Jurassic Park leads Laura Dern, Sam Neill and Jeff Goldblum to star alongside Chris Pratt and Bryce Dallas Howard. Colin Trevorrow is back to direct, and Steven Spielberg will be executive producer, with Frank Marshall and Pat Crowley as line producers, the ones actually rolling up their sleeves and getting things done. Production begins early next year in 2020.

Dern was at a fan screening of Battle at Big Rock last night. The film is an eight-minute short that Trevorrow directed and showed, featuring dinosaurs running amok after escaping to the real world. She chose that event to make the announcement that she’d been asked back to reprise her role. The last Jurassic World, directed by J.A. Bayona, ended with the revived beasts finding their way off the island and into civilization, so we sense a recurring concept here. It might well be where the next installment of the film goes.

Emily Carmichael (Pacific Rim Uprising, The Black Hole), has written the Jurassic World 3 screenplay with Trevorrow. The script is based on a story by Derek Connolly and Trevorrow, who together co-wrote Jurassic World and Jurassic World: Fallen Kingdom.

Dern, Neill and Goldblum all originated their roles in the 1993 blockbuster Jurassic Park, and that started a series that has grossed a cumulative total in excess of $5 billion globally, augmented by video games, toys, novels, an animated LEGO series, and theme park attractions at Universal Studios in Studio City, California and Orlando, Flordia.

Dern came back as Dr. Ellie Sattler and Neill as Dr. Alan Grant in 2001’s Jurassic Park III. Goldblum was back as Ian Malcolm in 1997’s The Lost World: Jurassic Park, and again in 2018’s Jurassic World: Fallen Kingdom. Combining their collective appeal with the now indominatible Chris Pratt seems like a plan to infuse the new film with real star power.

There’s a saying in Hollywood: “If you can’t run with the big dinosaurs, stay on the Jurassic Porch.”

Okay, that’s not actually a thing. But we had you going there for a moment. 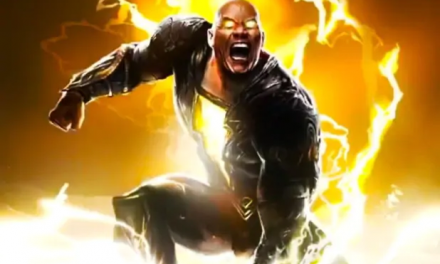 Video of the day: ‘Girl in the Fireplace’ Minisode ‘Doctor Who: LOCKDOWN | Pompadour’