Activision has filed a new public document in an ongoing suit against dozens of named individuals, and included among the charges is one of racketeering. Activision says the individuals involved are employees or associates of EngineOwning, and that they haven’t been just violating the Call of Duty terms of service, but have been engaging in wire fraud and a violation of the RICO act as well, basically saying that this amounts to a criminal conspiracy to defraud Activision. But under California law, say Activision’s lawyers, “Defendants have committed violations of the Racketeering Influenced and Corrupt Organizations Act (“RICO”) […] by conducting and participating in an enterprise engaged in racketeering activity.”

Activision claims that the individuals named in the suit knowingly conspired against Activision to sell cheat software, and ran a sophisticated operation to undermine the Call of Duty series. Now Activision is looking not only to punish them, but to get all that money back.

From the filing, “The Enterprise is a well-coordinated multi-level marketing machine. Defendants work together to continuously sell Cheating Software licenses directly, as well as recruit reseller Defendants. A network of seller and reseller Defendants have perpetuated the same steps as across thousands of instances of marketing, sales, distribution, and support regarding the Cheating Software vis-à-vis numerous separate U.S. customers.”

According to Activision, it’s racketeering because EO sells the cheats, but also has a network of agents selling them (who get a cut). “Defendants operate according to a common set of norms and rules. Resellers purchase Cheating Software licenses in bulk, and then proliferate Cheating Software marketing and sales through their own advertisements. After selling their bulk stock, Reseller Defendants follow the same pattern of remitting revenue back to the Enterprise, while retaining a portion of revenue for themselves.”

Activision lists a bunch of shell companies and named individuals, most of whom are in Germany, though there’s also a sprinkling of participants in the Netherlands, Spain, France, the U.K., and the U.S. There are dozens of names on the list, including one with a colorful online handle: “Big Pile of Poop”. The three people purportedly running the entire operation are defendants Leon Schlender, Valentin Rick, and someone known only as “Croatle”, which may indicate that he either lives in Croatia or is of Croatian extraction.

The suit also names Rick’s mother, Regina Rick, as their office manager and legal counsel. The profits Activision is going after is believed to be in the neighborhood of hundreds of thousands of dollars.

To put it mildly, Activision is pissed.

Call of Duty currently has a huge cheating problem, and Activision claims — and rightly so — that this and all the negative press that comes with it severely damages their brand. Their estimation that EO is a business built solely to drain the blood from another company’s work as its profits and ruining the game for honest players is probably on the mark.

For The 2017 Hugo Awards, This Is The Year Of The Women 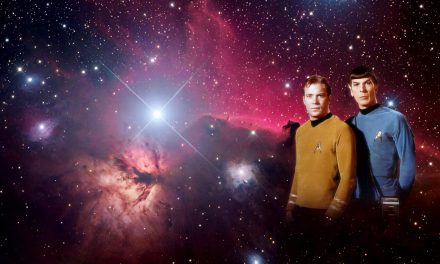 Game of Thrones: And Now Our Watch Has Ended