VRChat Has a Huge Problem: UPDATE 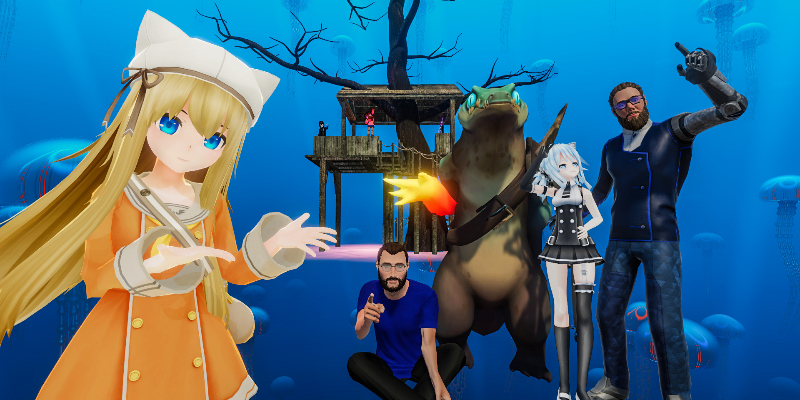 With Easy Anti-Cheat, VRChat, the most popular virtual reality social platform in the world, has made an enormous unforced error in their relationship with their own users.

Giving only 24 hours notice, VRchat has banned the use of mods, which have been a part of the VRchat experience for years, and around which many users base their entire experience on the platform.

VRChat is currently the closest thing to the much coveted “Metaverse” that anyone has yet created. Of course it does has some inherent problems. Being the largest VR-centric social platform, it has acquired its share of people, just like there are hackers in big games. The problems, however, begin at VRchat’s core.

The greatest obstacle to VRchat is precisely what makes it so fantastic. In VRchat, you can create whatever you can think of.

VRChat is often difficult to manage, and the game’s performance is dependent on user collective optimization, which isn’t very effective. The majority of what you see in VRchat was probably made by users using Blender and Unity3D. And there therein lays the issue. It’s possible to create assets that break either a world, or a client connection, without tripping any alarms. And that’s just from the asset standpoint.

VRChat is also very easy to mod. With just a few downloads, you can break VRchat and make it do heinous things, ruining the experience for anyone who comes in contact with you — things like ripping people’s avatars, or stealing their login credentials and locking them out of their accounts. This is a huge problem for people who create and sell things for VRchat. It’s exactly like getting mugged.

Easy Anti-Cheat was implemented to try to combat this problem. They’re so big now that they need to do something, and they didn’t really think the problem through well enough in advance, so now they’re applying a hasty, draconian measure. Easy Anti-Cheat is the same system used by Fornight and Apex Legends, and while it works well for those games, VRchat is another sort of application. How do you give the users the power to create their own worlds while at the same time critically limiting the trouble they can get into?

Admittedly Easy Anti-Cheat is not the best anticheat solution out there, but having one at all should deter the majority of people who are trying to use malicious mods. Using it doesn’t block all mods, but it does make them an order of magnitude harder to use, and it makes cheaters a lot easier to identify. It doesn’t eliminate them entirely, but it is a deterrent, and a pretty decent one.

Why does the VRChat community hate this so much?

It turns out that the vast majority of people using mods aren’t malicious. Instead, they’re using the mods for quality of life patches, like personal mirrors, global avatar search, or, for example, a simple thing like putting a simple clock in the toolbar – a feature sought after for years, but one that the VRchat developers never implemented despite it being highly desired.

And then there is the large community within VRchat that cannot the platform if they can’t use mods. We’re talking mostly about deaf or hard of hearing users, who have trouble isolating voices in VRchat, where everything sounds the same distance away, or who cannot speak without mechanical or software aid. Cancelling the use of mods effectively makes VRchat unusable for them.With the mods gone, these people are simply unable to use VRchat to — you know — chat.

Contrary to what many people believe, the VRchat devs legitimately care about the platform and want it to be the best experience they can make it. It’s their life’s work at this point. They get thousands of support tickets from lost tickets and technical issues that anti-chat software solves.

However, they also sort of screwed the pooch. They apparently didn’t think enough about essential accessibility mods and the impact that removing them would have before they pulled the trigger on this. If VRchat had added all these features before implementing Easy Anti-Cheat, the current uproar would likely not have happened.

How to fix it

The best thing VRChat could do right now is to roll back Easy Anti-Cheat, rethink the feature set in VRChat to give accessibility back to those people who need them to use the platform at all, then reimplement Easy Anti-Cheat. The way things are right now, they’re punishing the entire user base for the actions of a scant few.

This is VRChat’s opportunity to pull it together and show that they really care about the community. Linden Lab, with its Second Life MMO, slowly addressed most of the bugs that allowed the sort of behavior VRchat is struggling with over years. From their founding in 2006, it took them nearly ten years to fix enough of it that griefers went elsewhere for their jollies — not to say it’s totally solved, it never totally is, but they made huge strides, and for the most part griefing in Second Life has been reduced to the occasional voice troll or doxing other players.

VRchat, though, had the model of what Linden Lab did with Second Life to light the way, and they’ve so far not learned from the mistakes of others. Let’s see what they do next.

And now we know what they’re doing next. VRchat’s developers have released an impressive timeline of features they’re going to be adding to their virtual reality platform. The backlash from their decision to unilaterally implement Easy Anti-Cheat without conversation with their own user base has inspired a huge response from VRchat, wherein they have spent all their time gathering community feedback and translating it into actionable changes or feature additions. The Community team has been in direct contact with several communities and community leaders (such as Helping Hands, among others, to gather feedabck. A large database now exists with all of the feedback and information they’ve gathered.

They met for an hour and a half to discuss what lay before them. Tasks were sorted by priority (mostly informed by impact to accessibility) and how close each item was ready to ship. The focus was placed on speed above all else, with the understanding that this might result in results that are initially rough and migh tneed polishing later, or that might have to be redone.

The tasks include, but are not limited to, fixes or additions to the following:

The speed with which these meetings took place, and their stated brevity, suggests that VRchat developers were completely blindsided by the user base reaction to what they had done (they shouldn’t have been, as it should have been obvious). They are now in panic mode over a dramatic downturn in premium subscribership and public outcry. Their move to implement Easy Anti-Cheat before addressing any of these issues was a strategic error that they’re now scrambling to correct.

Up to now, the VRchat developers have not had a great reputation for listening to their own user base. It is apparent that they are becoming aware of the issues this lack of responsiveness to the needs of their own users can cause, and they are now working to fix the problem.

All of the new features sound like marvelous quality of life updates, and many of them are based on mods that have been in use for years. The developers, however, offered nothing in terms of delivery dates for any of the new features, nor anything on how to work around the lack of modding for many of the more expressive mods creators have been using to create their own avatars and worlds, nor any statement on how much VRchat content will simply be permanently broken from the update.

For many users, it’s too little, too late, and a rival platform ChilloutVR is receiving many of the VRChat expatriates. It has a considerable overlap with the features of VRchat, but it has an open policy regarding modders. ChilloutVR still does not have feature parity with VRchat, but shortly after VRchat announced its ban on mods, the ChilloutVR signup page simply crashed from all the new traffic.

Everyone Needs a Hero: Marvel’s Influence on One Fan 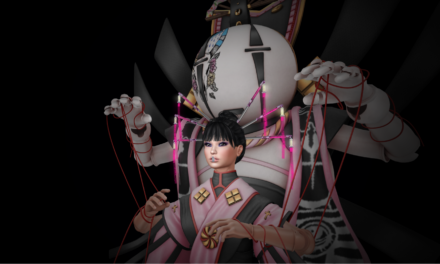