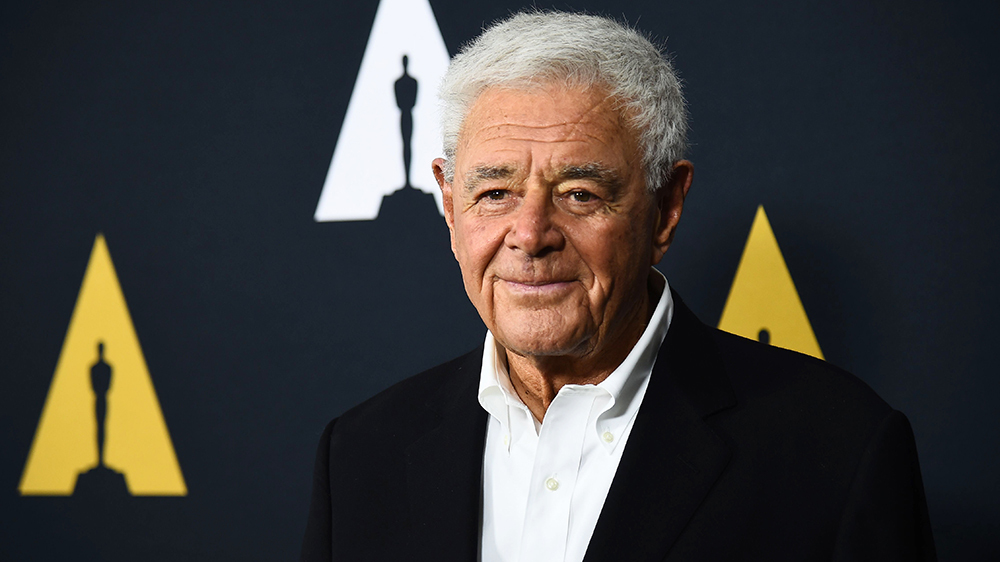 Richard Donner was born Richard Donald Schwartzberg April 24, 1930 in The Bronx, New York City, New York. He died July 5, 2021. The cause of death has not yet been revealed, but at 91, age was likely a factor.

As both a director and a producer, he was largely responsible for the phenomenom of blockbuster superhero movies like the MCU and the DCEU today. In addition to directing Superman with Christopher Reeve and Gene Hackman, he and his wife, Lauren Shuler Donner, produced the X-Men movies.

Tributes from Fans and Friends

Film historian Michael Barson called Donner “one of Hollywood’s most reliable makers of action blockbusters” in his book Who’s Who of Hollywood Directors.

Actor Keith DeWinter, Goss Toowers in Star Wars:The Last Jedi, tweeted “Richard Donner [was] the man who made you believe a man could fly, and also introduced us to the man who became ‘Superman’. When it comes to directing, he was Superman.”

Mel Gibson said, ” Dick. He’s a great guy, just terrific. Extremely professional. He’s an old veteran and has an understanding of film that is the culmination of years of experience…..He’s just an extremely charming, talented, great f***n’ guy. I love him.”

Attorney Jeff Cohen, Chunk in The Goonies, told Variety that Dick Donner was “kind … and empathetic.” He praised Donner’s generosity in paying his college tuition.

TV to start his career

Donner came to Hollywood with the hopes of being an actor, but director Martin Ritt persuaded him to try his hand at directing instead. First Ritt made Donner his assistant. Then Donner began directing commercials at Desilu, and eventually moved on to westerns and other TV shows. From the 1950s to the 1990s Donner directed such shows as Wanted: Dead or Alive, Have Gun, Will Travel, The Rifleman, Wagon Train, Route 66, Gilligan’s Island, The Man From U.N.C.L.E., Kojak, Tales from the Crypt, and The Banana Splits Adventure Hour.

Richard Donner directed six episodes of Twilight Zone, including “Nightmare at 20,000 Feet,”where a pre-Trek William Shatner sees a monster on the wing of an airplane, and “From Agnes – With Love,” where a computer falls in love with Wally Cox. He was also responsible for the “Danger Island” serial on Banana Splits, starring a pre-Airwolf Jan-Michael Vincent.

Then on to Films

Donner directed his first motion picture, X-15, in 1961. It was about NASA test pilots. His second film was Salt and Pepper, a comedy in 1968, written by Michael Pertwee, the brother of Third Doctor Jon Pertwee (Dr. Who). in 1969 he directed Lola. It wasn’t until 1976 that he had his breakthrough into directorial stardom with the horror movie The Omen. He directed twenty-two movies in all, and produced half of those.

Donner worked with some of the best actors in Hollywood: Mel Gibson and Sir Patrick Stewart in Conspiracy Theory (1997), Bill Murray in Scrooged (1988), Marlon Brando, Christopher Reeve, Ned Beatty, and Gene Hackman in Superman (1978), Michelle Pfeiffer, Rutger Hauer, Leo McKern, and Alfred Molina in Ladyhawke (1985), Danny Glover and Mel Gibson in Lethal Weapon. (1987). He returned to his western roots with Maverick (1994), again starring Mel Gibson with Jodie Foster and James Garner. Donner directed the science fiction film Timeline (2003), which did not do well at the box office. His final film was Sixteen Blocks (2006), starring Bruce Willis (Pulp Fiction, 12 Monkeys, The Fifth Element) and Mos Def (Hitchhiker’s Guide to the Galaxy). Like Alfred Hitchcock, he often had minor roles in his own films.

Richard Donner was never nominated for an Oscar , but he won many other awards. He was nominated for the Hugo twice for Best Dramatic Presentation, for Superman in 1979 (which he won) and for Ladyhawke in 1986 (when he lost to Back to the Future). He won the Saturn Award for Best DVD Special Edition Release for Superman II: the Richard Donner Cut. In 2008, he and his wife, Lauren Shuler Donner both received stars on the Hollywood Walk of Fame in a rare double ceremony. He was nominated for an Emmy for Best Game Show for Secrets of the Cryptkeeper’s Haunted House. Tales from the Crypt was nominated for a CableACE Award four times. In 2009 the American Cinema Editors, USA awarded Donner the Golden Eddie, the Filmmaker of the Year Award.

May his memory be a blessing.

Former child actor Jeff Cohen said, “The world is a darker place without him in it, but his amazing films and his good works as a human being will live on.“

Neither Richard Donner nor his films will be soon forgotten. Our condolences to his widow and business partner, producer Lauren Shuler Donner.

Star Trek’s Future in Doubt, CBS Only Did It Because …

Earth is suddenly visited by water soluable coconut shells who are friendly but incomprehensible and can be destroyed by a bunch of Elvis impersonators .
The End.
Loading Comments...
%d bloggers like this: