Northeast Trek Con has had its share of intrigue, mostly centered around its finances. Showrunner Jerry Silber has now drawn ire for purportedly eulogizing the late Aron Eisenberg, while at the same time still owing him nearly $1000 for a convention appearance in 2018.

The information came to light via a Facebook post by actor, author, screenwriter and activist John G. Hertzler, who detailed abuses of convention guests by Silber.

Hertzler is perhaps best known to Star Trek fandom as Deep Space 9’s General Martok. He maintains that Silber asked him to invite other Star Trek alumni, including Eisenberg, to his convention in Albany, New York over the weekend of October 26-28 of 2018, only to stiff them all when it came time to distribute the checks.

Just as he did with Aron and Bob [O’Reilly], at the conclusion of the convention, Mr. Silber looked me straight in the eye and handed me a bad check that he not only failed to write a number that agreed with the alphabetical amount but he post dated it for nearly a week in the future. He knew what he was doing! I didn’t notice because I trusted him. Bob trusted him. Aron trusted him. Mike Friedman trusted him. Garrett Wang, Max Grodenchik, Chris Abbott trusted him. All were handed bad checks.

Hetzler is a native of the state of New York, and was able to sue Silber in small claims court to get the money owed to him, and received his check two days after the judgment, a decision which took a judge only five minutes to return.

Hetzler’s wife Shevvy is a Constitutional Law attorney, but began to assist all those stiffed by Silber, while refusing to take a fee. Since small claims court requires that one appear in person to state one’s case before the court, the Hetzlers began working on arranging for travel to New York so that the small claims cases could be heard. Aron was first on the list, and planning to come to New York in November.

But then he died.

A mere 48 hours after, Silber posted a eulogy on his Facebook page (now removed) for a man to whom he owed nearly one thousand dollars, invoking not only Aron’s name but that of his wife Malissa Longo as well. Eisenberg’s fans are far more numerous than anyone knew, and are not pleased.

One of Eisenberg’s champions turned out to be none other than Chase Masterson. She had also allegedly been stiffed for a certain amount of money by Silber, but had his phone number and texted him, then posted a screenshot of it to the discussion on Hertzler’s page (note that the language used is her entirely her own):

There was to be a screening of the Deep Space 9 documentary What We Left Behind at the Bethlehem Public Library in Albany, New York, through Silber’s Star Trek meetup group. Chase Masterson wrote a lengthy letter to the producer of the film and has asked him to pull the film from the venue.

The Trek fandom community is up in arms over the situation, and the comment storm on Silber’s Facebook page got so large and so angry that Silber finally deleted his post entirely.

The days of actors being able to go to conventions on their own recognizance and pay their own way to be there for the fans are, alas, long gone. Apparently Silber has made things much worse by either promising funds he did not have, or refusing to make good on payments with funds he did have. Either way, fandom and his peers alike have united behind the memory of Aron Eisenberg. 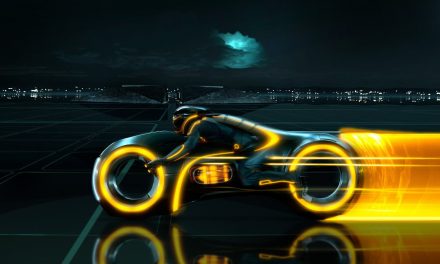 ‘Tron 3’ Gets Its Director in Garth Davis, Jared Leto to Star 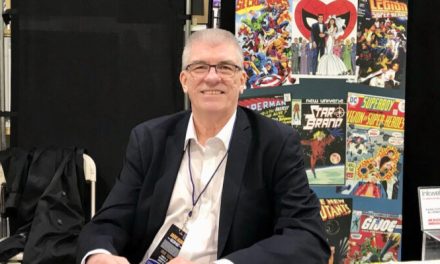