REVIEW: Star Wars: Rebels “Occupation” and “Flight of the Defender”

The remaining episodes of Star Wars Rebels‘ final season, beginning with tonight’s Occupation and Flight of the Defender, comprise one long story arc, more than previous seasons ever have. This is the story of Ezra Bridger’s efforts to finally free his homeworld of Lothal, and so it’s fitting that this epic tale begins with an episode packed with more callbacks than any before, continuing with an action romp that transforms into an eerie metaphysical metaphor where we can’t be sure who and what are real.

Occupation is exactly what its title implies: an exploration of how Lothal is faring under stricter Imperial control than ever and where supporting players like barkeep Old Jho, disenfranchised politician Ryder Azadi, and even one or two faces we haven’t seen since Season One have found themselves in this ashy hellscape.

The most standout aspect of tonight’s first episode is the visual contrast from the Lothal we have known. Lothal was always lit in golden tones. The familiar warm palette returns, but the sky now burns red, casting an unfamiliar glow on familiar locales. One interior set introduced as a relatively friendly place in Season One is lit more harshly. Even the crew’s disguises, a rare costume change, don’t look nearly as battle-ready as their previous attire, though certain design elements like a Rebel soldier backpack on Zeb or a hat like Ryder’s on Ezra keep them rooted in the Rebellion.

My only gripe is one that was raised last week as well: why are they using death troopers, first seen in Rogue One, for everything, and why can we suddenly understand their strange encrypted speech? I understand “translating” their dialogue, but at what point do death troopers, seeming before now to guard only the highest-ranking Imperial dignitaries and the most coveted Imperial secrets, lose their uniqueness and become trite, to say nothing of the lack of continuity (where were they in the original trilogy if they’re so commonplace?) I’m sorry to say it, but I think right about now.

Still, all in all, the episode was fantastic. It was gut-wrenching and wrought with tension, although a few witty remarks from Ezra broke it up just enough. The familial connection between the crew grounds this story firmly as Star Wars Rebels despite the strong tonal shift towards the dystopian.

Ezra spies what seems to be a Loth-wolf in “Flight of the Defender”.

It led perfectly into Flight of the Defender, the second of today’s episodes, in which Ezra, Sabine, Zeb, and Ryder Azadi strike against the Empire with the help of Lothal’s wildlife. At the risk of spoiling this game-changer with strong implications for what’s to come, both in the way of the future battle with the Empire and the mysticism of the Force the show is on the verge of delving into even further, I won’t say too much. What I must say is that where “Occupation” had standout visuals, the sound of “Flight of the Defender” blew me away. I’ve criticized Forces of Destiny and scattered moments of Star Wars Rebels for recycling the same old creature sound effects over and over. Here, the Loth-cats and the Loth-wolf, who finally makes a captivating and question-raising debut, each have a unique sound to them, firmly based in real cats and wolves but with a Star Wars bent to them, much as Chewbacca was a galactic take on bear noises. The Loth-cats’ amusingly believable feline mannerisms in the background of the episode added a touch of realism without being too distracting.

My final thought is that Flight of the Defender might have a double meaning. The TIE Defender, sure … but I think Ezra’s new friend is springing to Lothal’s defense, and I don’t think we’ve seen the last of that individual.

Catch Star Wars Rebels: Occupation and Flight of the Defender now on the Disney Now app, watchdisneyxd.com, or tonight at 9 PM EDT/PDT on Disney XD. 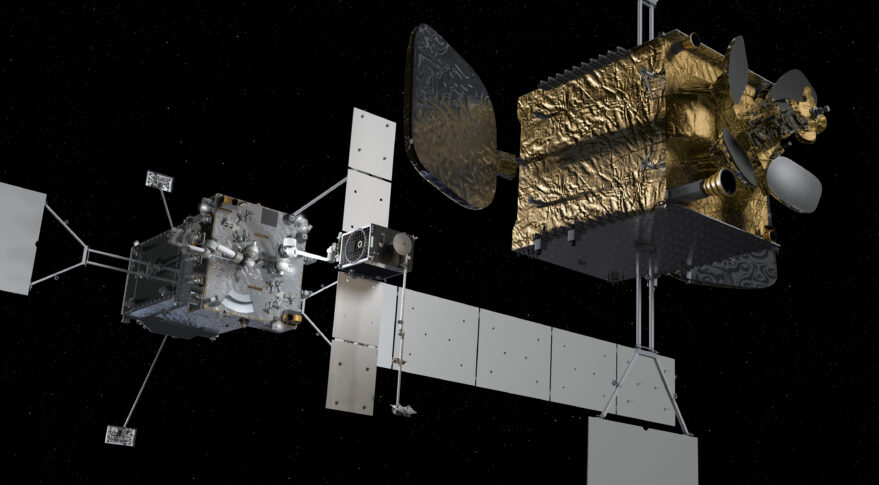 REVIEW: Star Wars Rebels “In the Name of the Rebellion, Part One”