DC has announced the casting for two of the superheroines for the upcoming live-action Titans TV show.  Anna Diop will play Starfire, aka Princess Koriand’r of the planet Tamaran.  Teagan Croft will play Raven, the half-human, half-demon empath who was the catalyst for bringing the Teen Titans together in Marv Wolfman and George Perez’s The New Teen Titans in the 1980s version of the comic book.

According to TVLine, “Titans will follow Dick Grayson as he emerges from the shadows to become the leader of a fearless band of young, soon-to-be superheroes recruited from every corner of the DC Universe, including Starfire, Raven and others.”  The role of Dick Grayson has not yet been cast.

Since their first creation in 1964, the Teen Titans have undergone many changes in their membership.  The team began in The Brave and the Bold #54 with Robin, Kid Flash, and Aqualad.  They used the name Teen Titans for the first time in The Brave and the Bold #60, when Wonder Girl was added to the team.  In their early days, they were basically a club for kid sidekicks, occasionally helping teenagers in trouble (rather like Wendy and Marvin on Superfriends).  Members came and went — Speedy/Arsenal, Bumblebee, Hawk, Dove, Lilith, Terra, Jericho.  It’s too early to tell which members of the Teen Titans will be on the new TV show.  So far, the only characters confirmed are Dick Grayson, Starfire, Raven, and as DC Entertainment Chief Creative Officer Geoff Johns tweeted in April, Beast Boy/Changeling.

Yes!! Very happy to be writing the Titans again and working with this crew! Extremely excited. Will be something very different… #BeastBoy https://t.co/D4sl3Gip7y

Anna Diop will play Starfire.  CBR described her as “an alien princess from a warrior planet who seeks asylum on Earth.  A no-nonsense, take-no-prisoners stranger on our world, Starfire has the ability to shoot energy bolts and fly.  Searching for her place on Earth, she’ll come into contact with the Titans.”  Born in Senegal, Diop immigrated to the United States when she was only six.  She’s best known for playing Nicole Carter on 24: Legacy.   Coincidentally, in her other genre role, Rose Arvale on The Messengers, her character could speak any language.  In canon, Starfire absorbs other languages by physical contact, preferring to kiss males to learn new languages.

Thirteen-year-old Australian actress Teagan Croft will play Raven.  Raven is an empath, the daughter of the human Arella (Angela Roth of Gotham City) and the demon Trigon.  She was raised in the other-dimensional realm of Azarath, in the hopes their pacifism could help her learn to avoid her father’s demonic influence. Raven is “a powerful empath who must keep her emotions in check or risk unleashing her demonic side.” She can also teleport, control her soul-self, and work magic.  Croft is best known for playing Indi Somerville, daughter of Lt. Kane Somerville, in The Osiris Child.  She has also appeared in the Australian soap opera Home and Away.

Titans will air on DC Comics’ new digital streaming service in 2018, as will the long-awaited third season of Young Justice. 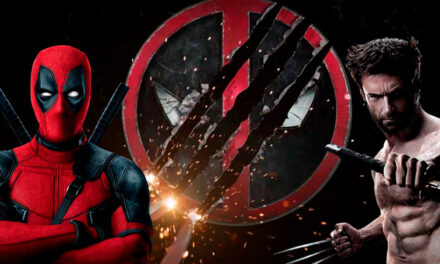 The Return of Rocky and Bullwinkle