Tim Pigott-Smith, Star of “The Jewel in the Crown,” Dead at Age 70

Award-winning British actor Tim Pigott-Smith, best known for his role as Captain Ronald Merrick in The Jewel in the Crown, died April 7 at the age of 70. He had been scheduled to open in a touring production of Arthur Miller’s Death of a Salesman on April 10.

Tim Pigott-Smith was awarded the OBE (Order of the British Empire) in the 2017 New Year Honours list for his services to drama. He worked in television, movies, radio, and on stage.  He was nominated for the Olivier, the Tony, and the Drama Desk awards for starring in the play Charles III. He won the BAFTA Award for Best Actor in 1985 for portraying Captain Ronald Merrick in The Jewel in the Crown. He also won the Fantasporto Directors’ Award for Best Actor in 2002 for the role of General Ford in Bloody Sunday.

Pigott-Smith was no stranger to science fiction fans.  He appeared on Dr. Who twice, once as Captain Harker with the Third Doctor in “The Claws of Axos” and again as Marco in “The Masque of Mandragora” with the Fourth Doctor. He also read the novelization of “The Masque of Mandragora” for BBC Audio. Other SF/F roles included Dr. Maitland in Dr. Terrible’s House of Horrible, Thallo in Clash of the Titans,  Creedy in V for Vendetta, Lord Ascot in Alice in Wonderland, Malidictes in Jupiter Ascending, and Frederick in The Little Vampire 3D  (which will be released posthumously this Halloween).

Tim Piggot-Smith played a variety of roles, from King Lear to King Charles III, from politicians like the Foreign Secretary in Quantum of Solace to Creedy in V for Vendetta to Lord Bracken in Winston Churchill: the Wilderness Years. He frequently played police officers:  Ronald Merrick in The Jewel of the Crown, Chief Constable John Stafford in The Chief, DCI Frank Vickers in The Vice, DCI Harry Hutchinson in Holby Blue, Commissioner Mayne in the three The Suspicions of Mr. Whicher movies, and DS Maurice Ray in The Great Train Robbery.  In the 1975 version of North and South, he played Frederick Hale; in the 2005 remake he played Richard Hale, Frederick’s father. He had a distinctive voice and often narrated documentaries. 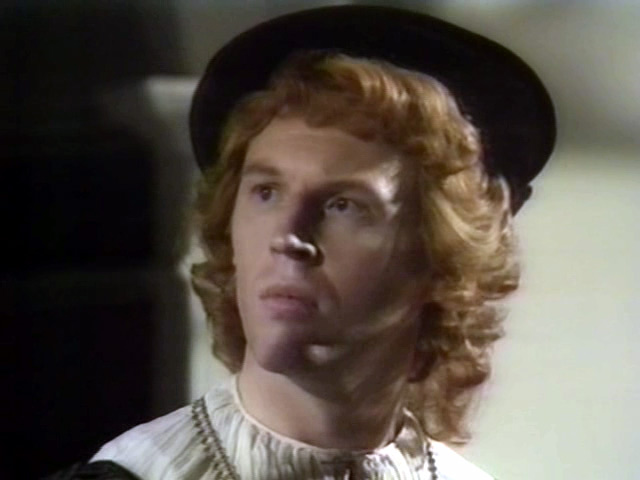 Tim Pigott-Smith wrote three books. Whilst filming The Jewel in the Crown, he kept a diary of his impressions of India. This diary was combined in an anthology of prose and poetry on India and published as Out of India. He also wrote two children’s books in the Baker Street Mysteries series, The Dragon Tattoo and Shadow of Evil.  The Baker Street Mysteries books focus on the adventures of the Baker Street Irregulars.  Pigott-Smith played Sherlock Holmes in a radio version of The Valley of Fear and played Dr. Watson on stage.

Tim Pigott-Smith married  actress Pamela Miles in 1972. She was supposed to co-star with him in Death of a Salesman, but broke a bone just a few days before his death and had to drop out of the play. They had one son, now violinist Tom Pigott-Smith.

If you like what we do please support us on Ko-Fi.