LOS ANGELES, CA – Fanbase Press is honored to announce that its bilingual comic book series, Quince, has received a nomination for the 2018 Eisner Awards in the Best Digital Comic category.

Quince is a 15-issue, creator-owned comic book series that follows a year in the life of Lupe, a 15-year-old girl who discovers that her quinceañera brings with it a super cool party . . . and superpowers. Emphasizing diversity, family, and female empowerment, Quince’s creative team includes sisters Kit Steinkellner (writer –Sorry for Your Loss, Z: The Beginning of Everything) and Emma Steinkellner (artist – Pow Slam Sparkle), creator Sebastian Kadlecik (Penguins vs. Possums), and translator Valeria Tranier (The Maze Runner, Friday Night Lights, Doctor Who).

“I’m elated and a bit at a loss for words,” says creator Kadlecik.  “This is such an honor, and I’m beyond proud of everyone involved. Quince is a special book for all of us, and we put our full hearts into it. I think we’re all just truly grateful to be counted among all of these talented creators.”

The comic book series was first released digitally through ComiXology on the 15th of every month in both English and Spanish before being collected into a printed trade paperback that is now available directly through Fanbase Press.

The 2018 Will Eisner Comic Industry Awards will be presented on Saturday, July 20, 2018, at the Hilton San Diego Bayfront Hotel during San Diego Comic-Con. A full list of the 2018 nominees may be found here.

Fanbase Press, an indie publisher based in Los Angeles, California, was founded in 2010 by Barbra and Bryant Dillon. When you’re a comics publisher, you can either try to go toe to toe with the big boys and do superhero comics, or you can go quirky and trendy and pick oddball ideas to work on. Fanbase Press did the unexpected — they did both. Their Penguins vs. Possums graphic novel was a breakout hit and has acquired a notoriety and fandom all its own. This title, and others (including The Gamma Gals, Something Animal, Identity Thief, The Arcs, Fearworms: Selected Poems, and Hero Hotel) are all available both on theor own web site and on Comixology.

It’s the blend of the ideas that makes Fanbase Press really stand out. They don’t do one conceptual approach for their comics. They do them all. It’s a madcap expenditure of what have to be limited resources given the size of the company, but the payoff for them is enormous. This philosophy of just following wherever their hearts lead them and cementing this as a corporate culture brings them to the table as geek news reporters, reviewers and podcasters as well. By doing all this, they stay well connected with the fans, other comics companies and the convention scenes where the fans of the genre gather.

Taken altogether, it’s a winning recipe and makes for a kind of creative dynamic that other indie comics companies struggle to match. Perhaps this is why, after just eight years in the indie comics publishing business, they find themselves nominated for the Will Eisner Comic Industry Awards for 2018. They’ll be there at the awards anyway, live tweeting the awards as they have for the previous two years, then reviewing the nominated works and interviewing the creators. The difference this time is that, awkwardly, they have some skin in the game.

To find out more about their nominated comics series Quince, visit www.QuinceComic.com or www.fanbasepress.com. You can also find it Facebook and Twitter, @QuinceComic. 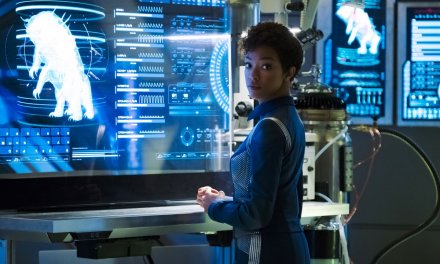 Big Finish Audio Review: ‘From the Worlds of Doctor Who: The Robots – Volume One’ 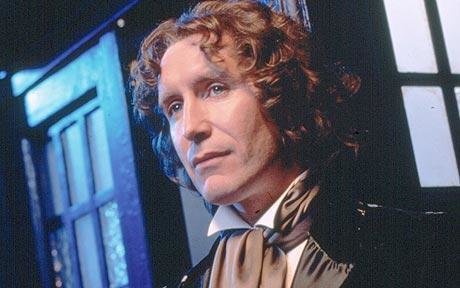