The Rolling Stones, John F. Kennedy, and Doctor Who: The Ruby Connection While the facts stated in this article come from authoritative sources, some of the connections are conjecture.

The three may all connect to one of the Rolling Stone’s most popular and critically acclaimed songs: “Ruby Tuesday.”

It was recently announced that Millie Gibson was cast as Ruby Sunday, the new companion of the coming Doctor to be played by Ncuti Gatwa. Probably several people thought of the similarity of Ruby Sunday to the title of the Rolling Stone’s song “Ruby Tuesday.” Both are “Ruby” followed by a day of the week. There’s some thought the character, or at least the character’s name, may have been inspired by the song.

But the connection could be much deeper — the song could have been at least partially inspired by Doctor Who.

Band member Keith Richards said the song, recorded in 1966 and released in 1967,  might have been sparked by girlfriend and/or groupie Linda Keith, but left it vague. And there’s disagreement about who came up with exactly what in creating the song. In addition, as music historians know, song origin stories change, and musical compositions often have more than one inspiration. To see if we might have a Ruby Connection between the Doctor and the Rolling Stones, let’s look at the lyrics of “Ruby Tuesday.”

Ruby Tuesday and Doctor Who

“She would never say where she came from
Yesterday don’t matter if it’s gone
While the sun is bright
Or in the darkest night
No one knows, she comes and goes”

Until 1973 when the Doctor’s home planet of Gallifrey was finally identified, the Doctor would never say where he (later she) came from. No one knew, except possibly his “granddaughter” Susan, who would come and go with him in his time- and dimension-traveling TARDIS.

And the Doctor is a Time Lord, traveling in bright sun (through the stars) and darkest night (space). And his actions sometimes change the timeline of Earth and other worlds. So, for the Doctor, yesterday is sometimes gone.

“Goodbye Ruby Tuesday
Who could hang a name on you?
When you change with every new day
Still I’m gonna miss you”

The song “Ruby Tuesday” was likely recorded in November 1966 at Olympic Studio. The last regular appearance of William Hartnell as the first Doctor aired in October 1966.

So when the Stones likely recorded the song, it was goodbye to the First Doctor.

And the personal name of “Doctor Who” (called “the Doctor” or “Doctor” in the series), wasn’t revealed — so who could hang a name on him?

In addition, apparently just days before the recording, the Doctor had changed: William Hartnell was replaced by the quite different Patrick Troughton who made a very brief appearance on the program. While the Second Doctor certainly became popular later, at the time many fans felt they’d miss the original; “I’m gonna miss you.”

“Don’t question why she needs to be so free
She’ll tell you it’s the only way to be
She just can’t be chained
To a life where nothing’s gained
And nothing’s lost, at such a cost”

The Doctor doesn’t like restrictions, but wants to be free. He will not be chained to a life where nothing is gained and nothing lost. The stories often feature great gains and great losses, “at such a cost.”

“‘There’s no time to lose,’ I heard her say
Catch your dreams before they slip away
Dying all the time
Lose your dreams and you will lose your mind
Ain’t life unkind?”

In arguably the most critical conversation in Hartnell’s episode “The Web Planet,” the character Hilio says, “There’s no time to lose.” In the first episode of the first story “An Unearthly Child,” the Doctor talks about human minds not being able to handle the reality of what the Doctor knows. In the first story’s third episode, the Doctor says, “They must be out of their minds.”

In “The Senorites,” the First Elder tells Susan, “My mind tells me that you wish to see your home again, and yet there is a part of you which calls for adventure. A wanderlust.” In the first episode, the teacher Ian Chesterton says, “I know that free movement in time and space is a scientific dream I don’t expect to find solved in a junkyard.” The Doctor and Susan both dream of adventure — and dream of going home. But before he can get there, the First Doctor “dies” to become the Second Doctor.

So the lyrics could certainly fit Doctor Who, especially as the Doctor was portrayed at the time the song was recorded. But did the Rolling Stones have any interest in science fiction?

The Stones and Science Fiction

Yes, the Rolling Stones’ 1968 country song “Dear Doctor” seems to have no connection to science fiction including Doctor Who. But their 1967 album Their Satanic Majesties Request includes the spacey/science fiction songs “2000 Light Years from Home,” “2000 Man,” “In Another Land,” and the hidden track “Cosmic Christmas.”

And it’s not just the names of songs that could connect. According to Stone’s member Keith Richards, band mate Brian Jones named the band during a phone call to Jazz News. When Jones was asked the band’s name, he didn’t have one. He allegedly looked down and saw a Muddy Waters’ album on the floor which included the song “Rollin’ Stone.”

But there’s another possible inspiration: Robert A. Heinlein’s 1952 science fiction novel named The Rolling Stones. While it was more typically named Space Family Stone in the United Kingdom, the original name was known there.

And there are more sci-fi connections. In 1965, the year before the recording of “Ruby Tuesday,” the Rolling Stones’ manager Andrew Loog Oldham dreamed of having the band star in a movie adaptation. That was of musician and author Anthony Burgess’ science fiction novel A Clockwork Orange. In fact, all four members of The Beatles later signed a petition to cast Mick Jagger in the lead role of Alex. But the bid to get the film rights, and the petition to get Jagger cast, both failed. Stanley Kubrick adapted, directed, and produced the film starring Malcolm McDowell which was released in 1971.

Later, Mick Jagger became one of the stars of the 1992 science fiction film Freejack. And still later, musician Peter Capaldi, during his tenure as the 12th incarnation of the Doctor, specifically talked about wanting Rolling Stones’ member Keith Richards on Doctor Who.

So yes, the Rolling Stones definitely showed an interest in science fiction.

But this leaves the question, what possible connection is there between the title “Ruby Tuesday” and Doctor Who?

First, let’s look at how the Stones and the Doctor connect to the President, John F. Kennedy.

The first airing of the first episode of Doctor Who on November 23, 1963 was famously delayed due to news coverage of the assassination of United States President John F. Kennedy. The United Kingdom was arguably as fascinated by President Kennedy as the United States became 20 years later with the UK’s Princess Diana. And Kennedy was mentioned in several Whovian episodes and stories.

While there are several conspiracy theories, the official account is that Kennedy was assassinated by Lee Harvey Oswald. Oswald was a former Marine buddy of Kerry Thornley who was also investigated in the killing and who co-created the humorous religion of Discordianism. (On a side note, a conspiracy theory that some have linked to Discordians and SubGeniuses predicted the late John F. Kennedy Jr. would appear at a concert in November 2021–a concert by the Rolling Stones.)

Two days after the assassination of President Kennedy, Oswald himself was shot and killed–by nightclub owner Jack Ruby.

And the Stones’ sang about Kennedy. The song “Sympathy for the Devil” includes the lines:

“I shouted out,
‘Who killed the Kennedys?’
When after all
It was you and me”

But the lyrics were apparently changed from the original. That’s because Robert F. Kennedy was killed while the song was reportedly being recorded. Remember that the news report of John F. Kennedy’s death ended right as the first episode of Doctor Who began. The original lyrics had the perhaps ironically, perhaps intentionally, Whovian line:

The Stones later performed at John F. Kennedy Stadium in Philadelphia in 1978, and announced and opened a world tour there in 1981. Stones’ members Keith Richards and Ronnie Wood performed there at Live Aid in 1985. Finally, the Stones’ rehearsed there in August 1989, one month after the stadium’s last event, a performance by the Grateful Dead that ended with the song “Knockin’ on Heaven’s Door.”

But the Stones had a much more personal connection to the assassinated president. During their 1972 tour of North America, the Rolling Stones traveled with Princess Lee Radziwill, sister-in-law of the late John F. Kennedy.

Jack Ruby and the Rolling Stones

An admittedly tenuous connection involves two of the Rolling Stones’ most popular and critically acclaimed songs: “Jumpin’ Jack Flash” and “Ruby Tuesday.” Jack and Ruby. And Jack Ruby was born on a Tuesday.

Yes, those connections are iffy, but there is a direct connection between Jack Ruby and the Rolling Stones: they were both represented by the same attorney. Lawyer Melvin Belli represented Ruby after Oswald was shot by Ruby and died. The Stones’ later chose Belli as their attorney following their sponsorship of the Altamont Free Concert where four people died.

So perhaps there really is a “Ruby Connection.”

The lyrics to “Ruby Tuesday” are copyright, of course, by the Rolling Stones, and are used here as reference material for the article’s topic. No threat to their copyright is intended. -ed. 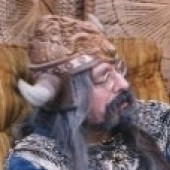 Hollywood Walk of Fame, Class of 2018

Wakandacon Comes To Chicago This Weekend!

A SCIFI.radio Special Presentation: ‘The Story of Star Wars’

Earth is invaded by strange gooey aliens multidimensional lightly armored talking tomatoes who perceive us only as a food and can be destroyed by army, navy, air force, space force and/or marines .
The End.
Loading Comments...
%d bloggers like this: