American science fiction author Greg Bear has died (November 19, 2022). He was 71 and had been in ill health for some time.

The Hugo-winning author was born August 20, 1951 in San Diego, California.

Greg Bear has written more than thirty novels and five story collections, earning him five Nebulas, two Hugos, two Endeavours, and the Galaxy Award (China). One of the original founders of San Diego Comic-Con, he was a respected hard science fiction author, his books firmly based in STEM.

“And now he is gone. After the ventilator was removed, he had stable breathing for about two hours, and then there began to be pauses between the breaths, pauses that grew longer and longer. He died peacefully this afternoon. He was not alone.

Rest in peace, my beloved.

Greg Bear, like many of us in the SciFi Community, claimed Ray Bradbury as a major influence on his writing. Unlike most of us, he actually knew Bradbury and corresponded with him frequently. He was the son-in-law of Poul and Karen Anderson. He was a TA to Professor Elizabet E. Chater, and later taught at Clarion workshops. He was a friend, mentor, and inspiration to hundreds of writers.

“If you haven’t read his work, you owe it to yourself to do so. Greg Bear was one of the best hard-SF writers of the last 50 years; every single one of these novels and collections is worth your attention, although if I had to pick my favorite, it would be THE FORGE OF GOD, absolutely the most frightening novel about the possible consequences of first-contact with aliens (and realistic enough that, shortly after it was published, I had a conversation about it with two Harvard physics professors whom I was interviewing for a magazine article about SETI). But the others here — EON, BLOOD MUSIC, the collection THE WIND FROM A BURNING WOMAN, MOVING MARS — are equally as impressive.

Perhaps this is the way great writers ought to be remembered: not by photos, but by the books and stories they wrote and left behind. I have plenty of memories of Bear, mainly from encounters at SF conventions. He was one of the first senior writers I met when I entered the field myself in 1989; he was president of SFWA at the time, shortly before my first novel ORBITAL DECAY was published, and he urged me to join the organization using that novel as my credentials (SFWA used to be much harder to join then). I hadn’t seen Greg in quite a while. He stopped attending many cons (as I’m now doing, albeit not always by choice) so our recent contact was only by an occasional email exchange. Yet I’ll always have some great memories … and there’s always his books.”

Hugo and Nebula award winning SF grandmaster David Gerrold said, “Greg was always smiling, always fun-loving, always a delight to be around. And he was a damn good writer too.”

Doris Lessing, who won the 2007 Nobel Prize for Literature, also had praise for Bear’s writing: “I also admire the classic sort of science fiction, like Blood Music, by Greg Bear. He’s a great writer.”

Greg Bear was married twice and had two children. He and his first wife, Christina M. Nielson, were married from 1975 to 1981. He married the true love of his life, Astrid Anderson in 1983. Their first daughter Chloe was born in 1986, and their second daughter Alexandra in 1990. Our condolences to all of them. 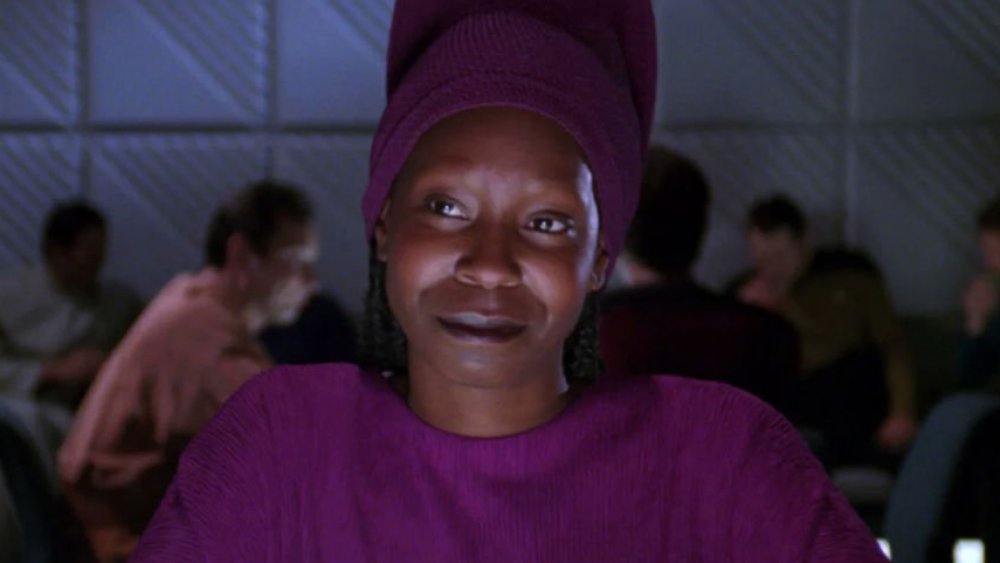 Whoopi Goldberg To Return As Guinan In Season Two Of ‘Star Trek: Picard’

Earth finally fills up completely with used Keurig cups who understand us all too well and can be destroyed by a nuclear bomb .
The End.
Loading Comments...
%d bloggers like this: