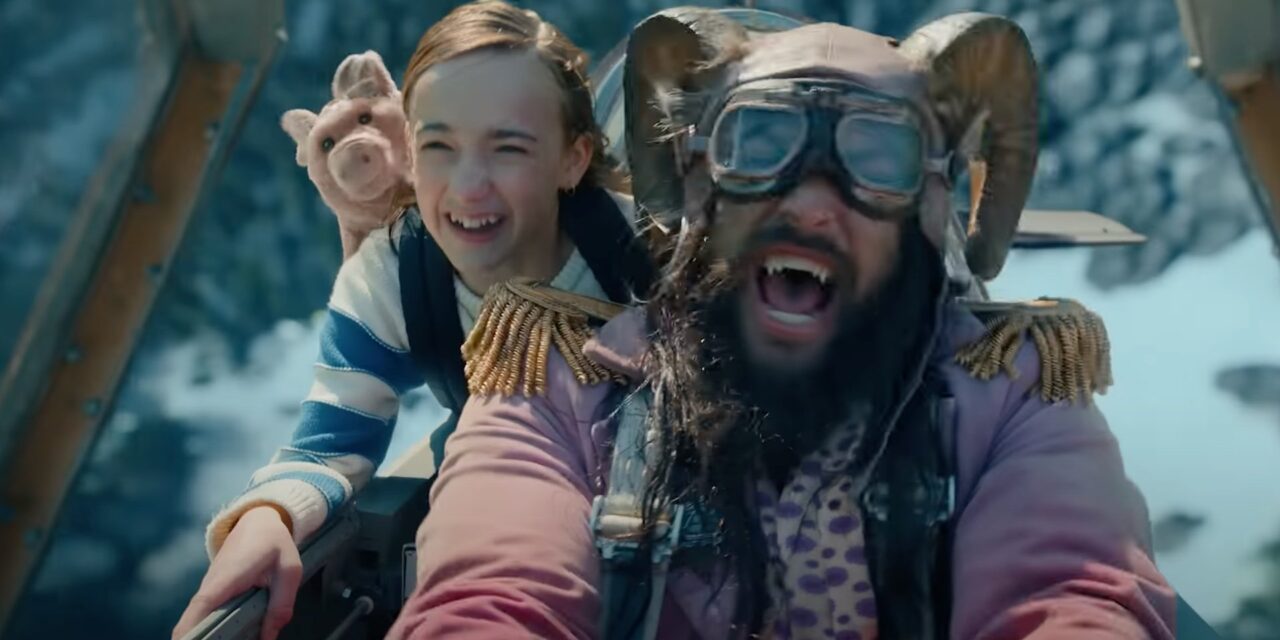 Are you ready for the adventure of your dreams? Quite literally – because the Netflix movie, Slumberland, is set to premiere mid-November, and from the looks of the trailer that dropped last week, it’s going to be a wild ride. The film, which takes its lineage from the 1989 animated musical fantasy Little Nemo In Slumberland, and the 1920s Windsor McCay comic strip Little Nemo, features big names like Kyle Chandler and Jason Momoa, while introducing newcomers like young star Marlow Barkley in a spectacle set to delight cinephiles and fantasy fans the world over.

Nema (Barkley) is a young girl who recently lost her father, Nemo (Chandler). The pair, who lived in a lighthouse, were close knit and unconventional, resulting in Nema now facing the challenges of attending school for the first time while living with her guardian, played by Chris O’Dowd.

Then one night, her toy pig comes to life…and that’s when everything changes.

Led into the dream realm of Slumberland, Nema encounters the outlaw Flip (Momoa), a friend of whom her dad told stories often. Alongside Flip, Nema helps to locate a treasure that can grant any one wish. Hers is to see her father again – but will her pursuit in sleep cost her a life in the real world, where dreams can actually come true?

The plot of the film is sketched out in pretty rough strokes in this trailer, but make no mistake: this movie looks absolutely fantastic. The real world settings are stylized in a wonderfully storybook fashion, while the Slumberland visuals are larger than life and absolutely breathtaking. Ranging from that same storybook feel to epic landscapes and otherworldly showers of blossoms and color, the cinematography on display in this short three minute glimpse is dazzling.

Most interesting, however, is the appearance of Jason Momoa. To those unfamiliar with Momoa, he’s playing against type in this movie, taking on the role of the sly, smooth-talking, befanged and somewhat portly adventurer Flip. Rather than the comic book action hero or the sci-fi barbarian he usually favors, this role seems closer to something with more of Momoa’s personality in it. Viewers of his now legendary Super Bowl commercial, where he “reveals” fake muscles and a wig, are aware that Momoa is unafraid to poke fun at himself or do something off brand. This sense of whimsy looks to translate well into the character of Flip in this trailer, and I, for one, am looking to see whether or not this holds true for the whole film.

Slumberland premiers November 18, only on Netflix. Will you be watching?

‘The Boys’ Season 2: The Boys Return Soon on Amazon Prime

Earth is targeted by a previously undiscovered asteroid storm who understand us all too well and can be destroyed by a bunch of kids playing disco music on boom boxes .
The End.
Loading Comments...
%d bloggers like this: