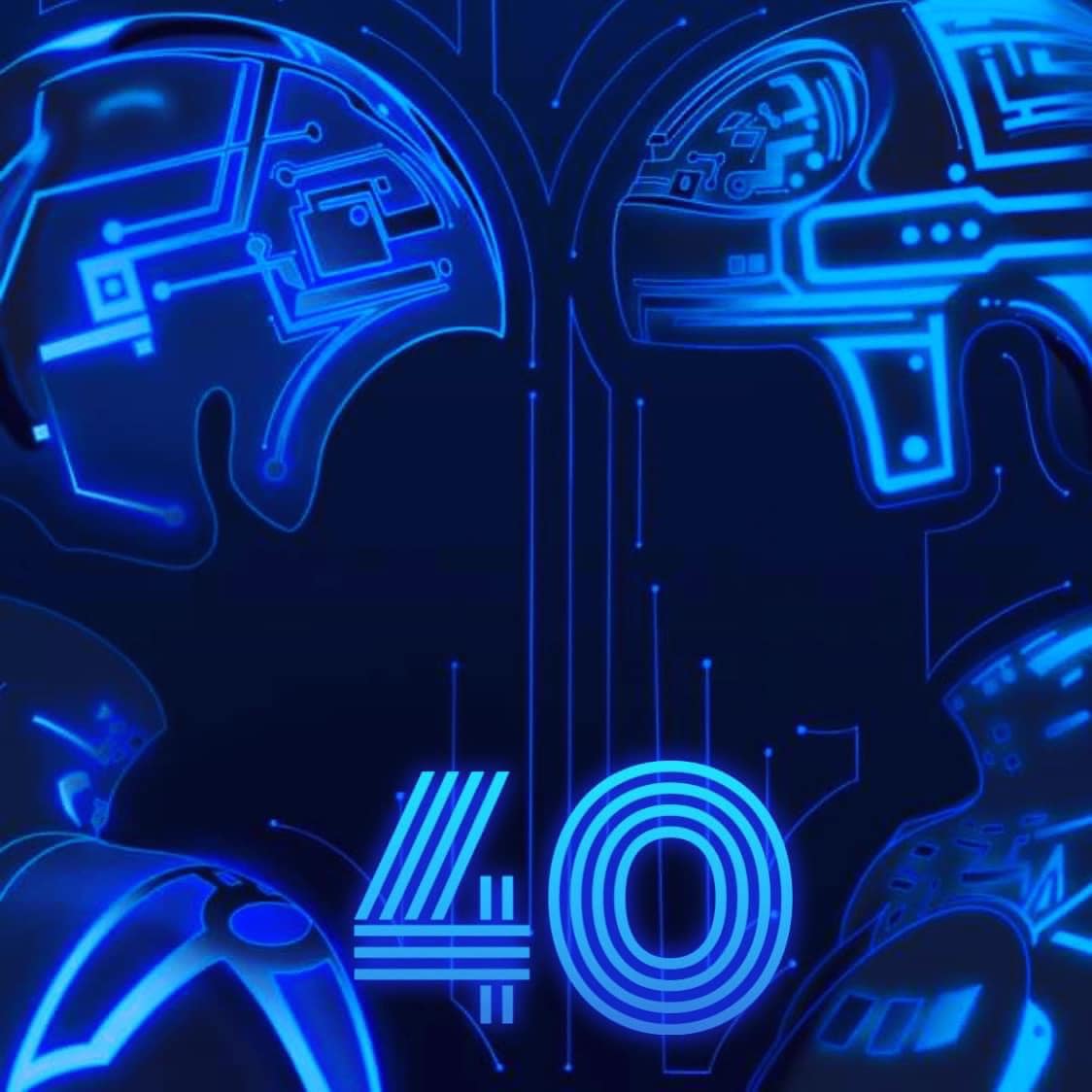 The revolutionary science fiction classic motion picture TRON, starring Bruce Boxleitner, was released on July 9, 1982, 40 years ago today, to the wonderment of theater-goers everywhere. It was groundbreaking. It wasn’t the first film to use computer graphics. but it was the first one to put CGI front and center in the storyline.

In the same year, John Carpenter’s The Thing shocked us with its body horror, Steven Spielberg’s E.T. The Extraterrestrial charmed us with the story of a little alien who only wanted to go home and made some friends along the way, and the second Star Trek movie came out, Star Trek II: The Wrath of Khan, now considered a classic itself.

The first computer graphics in cinema wasn’t in 1982’s TRON. Nor was it in 1973’s Westworld, in the creation of the androids’ “computer vision” effect. The history of CGI actually goes all the way back to the 1950’s, when mechanical computers were repurposed to create patterns onto animation cels which were then incorporated into a feature film. That first film which used CGI was Alfred Hitchcock’s Vertigo (1958).

What made TRON so special, then? It was the sheer volume of CGI done for the film. Most are surprised to discover that out of the entire film, most of which represented life inside a fictitious mainframe, only about a bit over fifteen minutes of it was actually computer animation. The rest was clever compositing, rotoscoping (hand animation over the life action footage) and a whole lot of reflective tape applied to costumes and set pieces.

It was the first motion picture where CGI was used to create entire shots, with no live action elements in them at all.

The Walt Disney Company had been plodding along doing uninspiring animated features like The Rescuers and The Fox and the Hound. They were certainly still a household name, but they weren’t grabbing headlines, and they were looking around desperately for something to kick the Disney name back up into the stratosphere. Conditions were perfect for Disney to take a chance on something bold, something new, that nobody had ever seen before. When Steven Lisberger approached Disney with a pitch about digital people living in a virtual world, Disney must have felt that they didn’t have anything to lose by trying it.

When the film was first in preproduction, Lisberger Studios thought they were going to make an entire film using nothing but CGI. Unfortunately, the computers of the day really weren’t up to the challenge.

Rendering they could do — sort of — but there was nothing like the modern nuanced rendering engines of today. The first jointed animated character ever seen in a motion picture was the stained glass knight in a hallucination sequence in the film Young Sherlock Holmes in 1985. The first “photoreal” CGI animated characters were the dinosaurs in 1993’s Jurassic Park. Believably animated humanoid figures would be out of reach until 1999, when Jar Jar Binks secured that honor in Star Wars Episode 1: The Phantom Menace.

The TRON movie special effects were very avant guarde, so when director Steve Lisberger approached Disney with an idea fora far-out story about a man being sucked into a computer and a bunch of avant-garde visual techniques to realize it, they weren’t sure he could do what he said he could do. They commissioned a short test so Lisberger could prove it. The result of the test was that Disney greenlit TRON.

They were wrong, by the way. Disney had a lot to lose. Video game culture was in its infancy. Pac-Man was still busy snagging quarters in the arcades, and digital effects were something mostly just being done in computer science laboratories. They could have had a very expensive bomb on their hands — and as it turns out, that’s exactly what happened.

In it we meet Flynn (Jeff Bridges) a rebel hacker who, upon discovering the nefarious plans of mega software corporation ENCOM, decides to break into their mainframe and stop them in their tracks.

All’s going well until he gets zapped into the computer, finding himself trapped in a neon-monochrome world where he’s forced to join forces with security program Tron (Bruce Boxleitner) and digitising programme Yori (Cindy Morgan), survive light-disc battles and take down ENCOM from the inside out before escaping back into reality.

Once Lisberger had shot Tron’s reality-set bookends, the real challenge of making the movie began. And it was a big one. Shot entirely on black and white 70mm film, stars like Bridges, Morgan and Boxleitner would have to wear white, skin-tight suits which were then filmed back-lit against black screens.

The movie’s stars were able to acquire their now-iconic neon colored look by beaming colored light through particular camera filters. Then, like in a cartoon, these images were brought into life by being blown up, given a reverse positive image, and other effects.

Lisberger’s effects team were taking any route they could to produce the footage they needed, and it was far from easy. To help put it in historical perspective, some of the machines used to make the movie only used 2mb of memory and had 330mb of storage (current smart watches have roughly 1.5Gb of random access memory).

Because Lisberger’s methods were so novel, the industry at first refused to recognize the dedication of his sizable post-production departments, characterizing their work as a sort of cheating.

Despite the fact that it would take decades for Disney to make their money back on TRON, the film paved the way for computer animation for the films that followed. The Last Starfighter (another box office bomb) was released just two years later, and represented the first time CGI had been used to create the images of objects and set pieces on screen that were intended to be accepted as real world objects. The Last Starfighter used CGI for its many starships, environments and battle scenes. (As an aside, it was also actor Robert Preston’s last film).

As Moore’s Law ensured that computers used for CGI would leapfrog their predecessors every couple of years, computer graphics have since evolved to the point where in some cases it’s impossible for the casual observer to tell whether something on film was real or computer-generated.

Since its debut 40 years ago, Tron has amassed a sizable fan base, adding new admirers with each new generation that passes by. In 2010, Tron finally received a sequel. For Tron: Legacy, which included a soundtrack by Daft Punk and featured Jeff Bridges and Bruce Boxleitner as Kevin Flynn and Alan Bradley again, technology had finally come up to Steven Lisberger’s lofty goals.

Lisberger had the whole thing spotted from day one.

“Young people, 10-year-olds, 12-year olds – they didn’t have any fears of preconceptions about all of these things and for the most part they really embraced the film,” he explained after the film’s release.

“They had a sense that this is where the future was going — and it was going to belong to them.” 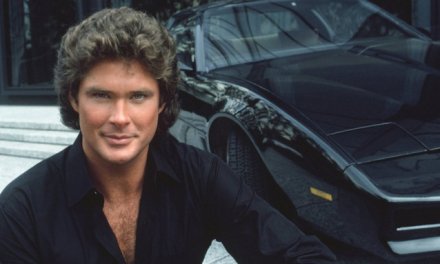