The Best New Foreign Productions on Netflix This Summer

Anyone who watches a lot of TV (streaming or otherwise) knows that Netflix is constantly adding new movies and series for U.S. consumers, especially from other countries. In the past month alone, they’ve given us these TV series:

Netflix appears to be one of the pandemic winners (along with Wal-Mart, Amazon, InstaCart, Purell and Clorox). They have so many shows for us to watch, and they don’t seem to be running out any time soon, whereas the broadcast and cable industries are suffering because they can’t produce more shows (let’s not even mention the movie industry).  HULU, Amazon Prime and other services have many series as well, but not nearly as many as Netflix releases each month. It’s not even close…perhaps because they do bring in a lot of foreign shows. Althought, it might also be due to the fact that they were the first streaming service and have been doing this a lot longer than anyone else.

For fans of scifi, fantasy and comic books, there was already an abundance of shows to watch in all of the different networks and streaming services.  If you start watching all of these foreign shows as well, then you truly will never run out of shows to watch.  With so much extra time on our hands, due to the pandemic, we’re watching more and more.

Here are the series I recommend (in no particular order). By the way, none of these are suitable for children, in my opinion.

Oh, and for all these trailers, you’ll probably want to pause the SCIFI.radio stream while you watch. The controller is at the upper right on desktop browsers, and unfortunately at the bottom of the page if you’re on mobile (they tell me they’re still working on that problem).

Japan Sinks: 2020 is an animated disaster series based on a successful 1973 novel which spawned two films and two live action TV shows, as well as a sequel novel (and perhaps a third novel).  In the series, a family tries to survive when Japan is hit by a couple of huge earthquakes and a tsunami.  The animation, acting and writing are very good. It’s a mature series for adults because of blood, death and violence.  It’s an excellent show, but it’s pretty horrifying to imagine.  Not as horrifying as the next show on the list…

Ju-on: Origins is about a haunted house and the people it affects. This house is no mere Amityville Horror.  People who have been there take the hauntings with them to other people and houses.  It starts slow but really builds. There are only six episodes. The first one is just creepy, but it not only gets more horrifying, but more disgusting, as the series progresses.  I’m not a big horror fan, so I didn’t make it past the first episode. If you’re a fan of horror movies, or shows like American Horror Story, then you’ll probably love it. It’s also in Japanese, with subtitles.

On the opposite end of the scale, there is the frothy BNA: Brand New Animal, which is dubbed in English.  It’s a fun little fantasy series about a world where beastmen (humanoid beasts) live with humans.  Beastmen are discriminated against, so they have gone to their own city, Anima-City.  The teen heroine, Michiru, turns into a beastman and flees Japan to live in Anima-City. She’s some kind of raccoon-like dog called a tanuki.  She soon learns that Anima-City is not the paradise she thought it would be. There is a superhero there called Silver Wolf who protects her, but they also form a type of brother-sister bond.  They work together to fight crime, while they try to figure out why she turned into a beastman (normally, you’re born either human or beastman in their world).  It’s a goofy animated show with interesting ideas and characters.  There is a lot of violence, though.

Warrior Nun is a good action-adventure show set in Spain (the show’s in English, however). A young paraplegic girl dies and then is reborn when a “halo” device hidden in her back is activated. She awakens with super powers, as well as with regular abilities that she’s not used to, and she learns that she must join an ancient order of warrior nuns.  The actors do a good job. I love this show and can’t wait for more.  I’ve seen reviews that some people who are fans of the original comics don’t like it. That’s okay… the rest of us can enjoy it.

There’s a lot more this month on Netflix, but these are the ones I found most intriguing. Go explore! 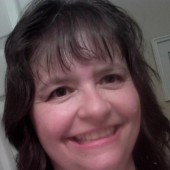 Redditors Campaign to Honor Adam Driver and His Charity

AMC Theaters vs Universal: Crossing the Streams in Hollywood

Earth becomes a mirror image of itself in an alternate universe who behave in a friendly manner.
The End.
%d bloggers like this: