This weekend saw Great Yarmouth in England play host to the UK’s biggest Sci Fi festival, Sci Fi Weekender which is celebrating there 10th anniversary with the second part for this year’s event. With celebrity guests aplenty, live shows, films, an award show celebrating the last 10 years of “geek camp” and authors both independent and award winning they put on their best and biggest show to date.

In fine form Gil Gerard took to the stage to talk about classic Buck Rogers, the new show based on the original book and so much more.

It’s strange to think of Buck Rogers without Gil at the helm, but he revealed he turned down the show three times before taking on the roll. But he was very clear on how grateful he is to the fans and for the show.

“When you watch a show you invite us into your home. You don’t invite a ship into your home, you invite us in. And we’ve developed a relationship over the years between Buck and the audience. I never imagined I’d be in here in England especially talking about Buck still 40 years later. You are the reason I have a career. I love meeting people and if you are nice to people they tell 2 people and they tell 2 people and if your lucky you get to keep doing the job you love because people like me and they like Buck. It’s a privilege.”

He then spilled some details on the new show and his roll on and off screen for it,

“The new show is called 2491. Based on the original book Buck Rogers sprang forth from. Took us 40 years to get the damn thing done, but we are nearly there. They came to me about a month and a half ago and they sent me the script and asked if I’d be a part of it. I really liked the script. They then asked if I wanted to exec produced it. I wanted Buck to stay on Earth for the original show. He’s been gone for so many years, why wouldn’t he want to stay? So they’ve done that in the new show. What’s the Earth like that far in the future? I wanted in the original to have the disaster that struck the earth to be environmental. That was in the 70’s and that idea seems even more current now. I’ll also be playing the President of the federation as well as being a producer.”

Gil also went on to talk about how Buck Rogers was one of the first shows to use early CG effects, though then it was a more gruelling affair.

“Buck Rogers was the first time they did computer guided special effects, not CGI as we now know it. They would record the ship on one day, then use the computers to know where to shoot the flames coming from the back of the ship. They couldn’t shoot at the same time the flames and the ship because it would flare on the camera and the ship wouldn’t show. So they’d used this process over days to land the ship in about 30 seconds on the screen.”

But would modern GCI feature in the new programme?

“We will use some CGI in the new show, but I don’t want to over use it. That’s the problem with some of the new shows. They over use it and I just don’t care. It takes me out of the show.”

In the award ceremony on the first day of the event, Doctor Who was represented by Sylvester McCoy and Frazer Hines. The latter of which only came for the fun of the awards. Hines picked up the prize on behalf of Doctor Who as the TV show of choice for Sci Fi Weekender whilst McCoy picked up the award for favourite Doctor to attend the event over the years. “I got a call from my agent saying I had won the award for best living Doctor, so I assumed the others had all died” he joked when receiving the honour. “But it turns out that wasn’t the case”. In a one-to-one chat for SCIFI.radio I asked Sylvester about his role in recent Netflix Show “Sense 8”.

“It was great to do a show about love and acceptance of all people” he enthused. “I spoke to the producers and they said there was to be a big part for my character in season 3, but sadly as the show got cancelled it wasn’t to be. But the fan wrote to Netflix in such great numbers and told them how much they loved the show and as a result we got a two and a half hour movie to wrap it up in and I came back for that instead.”

When Sylvester was giving a Q and A later for his fans at the event, Sophie Aldred (Ace herself) snuck into the audience to cheekily ask of him “excuse me Mr McCoy, but who was your favourite companion?” To which Sylvester cannily responded “Well of course I had two favourite companions,” as a nod to Bonnie Langford.

But maybe he should have said three, as also at the event was Lisa Bowerman, who joined Sophie for a Q and A of their own later. Lisa, as well as featuring in McCoy’s last small screen adventure of Doctor Who in the original run also features in Big Finish Doctor Who as companion Bernice Summerfield. Benny first met the Doctor in the Virgin novel range whilst Doctor Who was off our screens. She recalls the first recording for Bernice Summerfield for audio.

“Nicolas Briggs (voice of the Daleks and Big Finish exec producer) and Mark Gatiss (The League of Gentlemen, Doctor Who writer and actor) invited me round and I saw their set up and I thought it was a bunch of fan boys. But we recorded “Oh, no it isn’t” (one of the Bernice Summerfield books) and I listened back and it was really good quality and very well produced. They played it for the BBC and Big Finish got the licence to that and soon Doctor Who.”

Whenever I think I’ve called to mind all the great David Warner performances from, Tron, Doctor Who, Star Trek, The Omen, The Man with Two Brains, Time after Time, Titanic (the list goes on), someone just has to mention Twin Peaks or one of the myriad of other great portrayals he has given us over the years and I realise it’s virtually impossible to remember everything he’s played in, as he has done nothing but deliver gold for decades.

But he is remarkably humble about it. He was asked by a fan in his Q and A why he had never been made “Sir David Warner” by the Queen? “Thank you for saying that, but I know where I stand in the hierarchy of actors.” He also doesn’t feel bitter about rolls he didn’t play. “I never think, ‘why didn’t I play Gandalf instead of Ian McKellen?’ I didn’t go up for it, I don’t think I particularly deserve it for some reason and Ian did a great job.”

In another exclusive chat with Warner, I asked him about his roll in Star Trek: The Next Generation alongside Patrick Steward in one of the most memorable episodes of the Series “Chain of Command”. This two parter that saw Warner’s character, a Cardassian, torturing Stewart, as Captain Picard, for information.

“I’d worked with Patrick before in Hamlet, where I played Hamlet and he didn’t,” Warner playfully said of his acting friend “so it was great to work with him again. I wasn’t originally up for the roll and someone else pulled out last minute, so they asked me to play the part. I had three days to prepare, not allowing me enough time to learn the lines. So I had to conceal bits of script about the set, which they kindly allowed me to do.”

My jaw at this moment hit the flaw knowing this amazing performance was put together in so little time. He went on to say “but my favourite part to play in Star Trek was actually in Star Trek 5, which I understand isn’t most people’s favourite. But between playing a Cardassian and a Klingon, it was nice to be a human and not have those prosthetics on!”

There were acts aplenty to give the evening a kick too. Returning acts from part one where Jolly Boat (pirate, nerd, rock if there is such a thing), The Dark Room (in which a volunteer from the audience tries to escape a fictional unlit room by selecting options on a display screen under the guidance and usually mocking of the host to great comedic effect) and Level Up Leroy (remixes and videos from your favourite geek franchises in a barn storming set that is sure to get you dancing).

Perfect for Halloween weekend, we were also treated to The Elvis Dead. In which a man dressed as Elvis recreates the Evil Dead through reworked versions of the King’s songs, videos from the film and costumes mashing up Elvis and Ash. Also the ever popular Pop up Puppet Cinema gave us Puppet retelling’s of Nightmare on Elm Street and The Thing in versions that had the whole audience in as many stitches as the puppets themselves. As you may have gathered, this isn’t your usual night out.

There were more acts, celebrities, amazing cosplay (a lot Halloween inspired) and games than I could tell in one review for this astounding three day event, but if you want to experience it for yourself be sure to book now for the SFW 11 in April 2020 at https://www.scifiweekender.com – and tune into SCIFI.radio this Friday (8th November, check KryptonRadio.com for local times) to Gallifrey Stands for Audio interviews from David Warner, Sylvester McCoy and so much more and in podcast form shortly after wherever you download your podcasts. 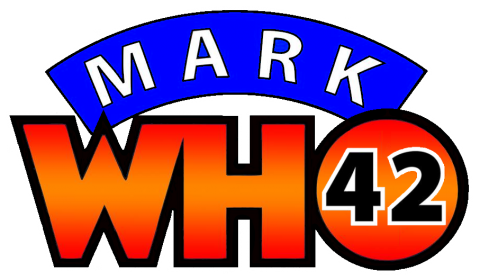