We go deeper than ever before with the Eighth Doctor (Paul McGann) and companion Bliss (Rakhee Thakrar), as they take on more Daleks, other versions of The Doctor and alternating versions of the timeline still in flux.

State of Bliss by Matt Fitton

In an effort to find out the truth of how Bliss is still with him, when her home planet was erased from time, the Doctor uses the Tardis’ telepathic circuits to trace her timeline and find out how her life’s in different versions came about. Can Bliss keep herself anchored to her true reality when it feels like her past is shifting from under her?

Bliss is a really wonderful companion. Thakrar adds a realness and a natural flow to her performance that makes you feel the very real emotions of someone going through something so science fiction based and thusly grounds proceedings. This is something Paul McGann is always a natural at, but this really is Bliss’ story as the name suggests. The concept of someone viewing all the “might have beens” of their life in the first person and seeing the people she knows suffer in her reality and others, is very profound and brilliantly written by Matt Fitton.

The Famished Lands by Lisa McMullin

The Tardis two, seeking to do good away from the front lines of the war, land on the Vale of Iptheus. People are starving, but as they crow down on what appears to be sludge, they seem more than happy to do so. People are starving to death and no one seems bothered. But how does this realate to the Time War?

This feels to me a classic Doctor Who story, that tweaked a little could work for any Doctor. As it is, it is connected into the Time War in a way that fits perfectly.

I don’t want to give too much away, but the idea of keeping a populous happy and thinking they are being looked after as they die is perfect fodder for a story that feels to me as if it mirrors some aspects of our modern political world. How much easier is it to mistreat people if they are placated with the illusion of being provided for? Another great script.

Fugitive in Time by Roland Moore

After the Timelords and Major Tamasan (Adele Anderson) have lent some assistance to the Doctor, they call in the favour right away and have him and Bliss head to a technologically unadvanced world, where a dangerous fugitive lurks. The fugitive is the last of her kind and both the Daleks and the Timelords want her – but what the Timelords want the Doctor to do to her, he simply can not allow.

This is a very layered story. The fugitives morals and drives are revealed as the story goes on, and this brings into question if she deserves to be saved, taking us to some familiar Doctor Who territory, that of moral absolutism and who gets to chose who lives or dies. The fugitive herself, Shonnath (Wendy Craig) is wonderfully written and Craig brings her to live with all the complexities the character deserves. While she is the last of her kind, she is also a scientist on a world with little means when it comes to technology. To what extreme lengths will she go for her freedom?

The War Valeyard by John Dorney

The Doctor is on a mission, once again to stop the Daleks. He knows it’s the right thing to do and he knows he always does the right thing. But he can’t shake the feeling somethings wrong. Is he really who he thinks he is? When he starts to hear echoes of the Vallyard (Michael Jayston) in his head he begins to wonder.

I don’t know what to say, but just “thank you Big Finish“. I try to stay a bit neutral, to put my sonic to one side for a moment and look at a story I review objectively. But when you give me such good fan service as to put the Vallyard and Michael Jayston into a brand new story again, and now to put him into the Time War no less? This is just pure joy for a fan.

Not only does Jayston put in a tour de force as the man trying to be the Doctor with all his hearts, but the mystery of what is happening is wonderful. Why and how is he there? Why does he think he’s purely the Doctor? When we do get the answer a much bigger mystery starts for the listener that is sure to echo into the next set.

The Doctor and Bliss do of course also feature, with the Doctor seeing images of the Valeyard that lead him to find him, but this is rightly the “Valeyard Doctor’s” story and the perfect end to this dynamic set.

This is a very constantly high standard set. I’ve set it before and will again, Big Finish has to be judged on a higher standard because of their quality. So when I say this is a great release, I mean it judged against their usual high standard. Direction by Ken Bentley does justice to the top notch acting and writing throughout.

Buy this set now on digital or CD here. 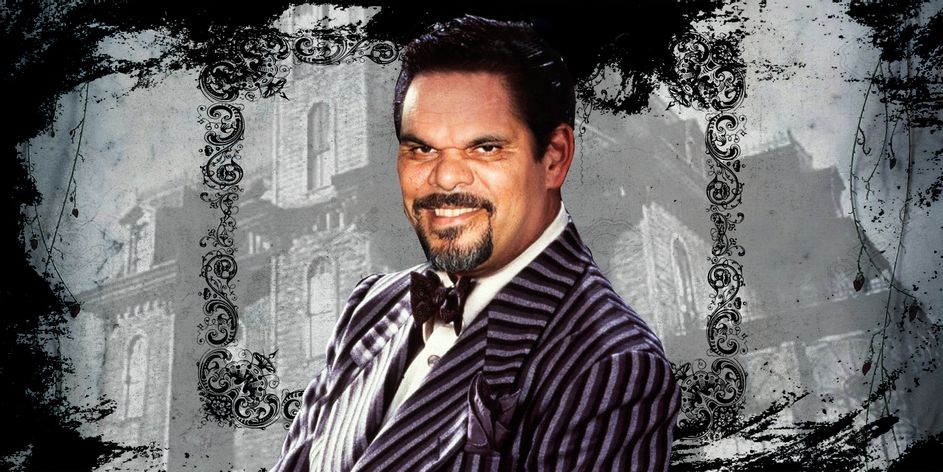 Luis Guzman to Star as Gomez Addams in Netflix’s “Wednesday”

AMC Theaters vs Universal: Crossing the Streams in Hollywood