In this latest release, on the anniversary of us losing Iano (Gareth David-Lloyd) in TV Torchwood 10 years ago in Torchwood: Children of Earth, we are treated to an audio adventure starring both himself and Captain Jack (John Barrowman).

Our two heroes are undercover as a happy couple, and the latest residents of Serenity Plaza, a quant idilic Welsh neighbourhood, on which Stepford has nothing. As they try to weed out an alien sleeper agent, Ianto is driven mad by suburbia, while Jack finds the change of pace oddly refreshing.

This release isn’t overtly billed as being purposefully released to coincide with Ianto’s demise, but it for me, it is perfect for the occasion. The script by James Moran is funny, sharp, and gives some really nice notes of what his and Jack’s life could have been together. Director Scott Handcock keeps the pacing just right for the humour, heart and drama, all in abundance here.

Both Barrowman and David-Lloyd haven’t missed a beat since they played the role. Of course regular listeners of Big Finish Torchwood range already know this, but it’s showcased very well in this release.

It’s a great window into their relationship and gives us a bittersweet feeling of what might have been.

Buy this release on CD or as a digital download here. 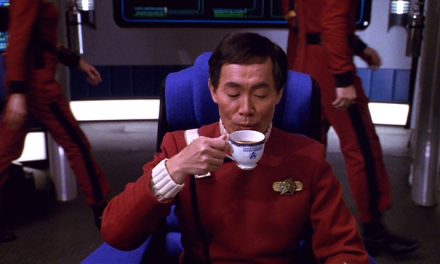