Phoenix, AZ, May 31, 2018 — Square Egg Entertainment, the folks who organize Phoenix Fan Fast have made the difficult decision to put the convention to rest. The convention has struggled over the years to find its own identity, audience, balance of price, size, and offerings, and community support. The fans have always enjoyed it, but the show runners finally came to the unfortunate conclusion that it’s just not gelling like it was supposed to. Phoenix Fan Fest 2018 for this fall is cancelled, and there won’t be any more of them.

Instead, they’re putting their energy into Phoenix Fan Fusion. That’s the new name for Phoenix Fan Fest, the comics convention that’s been the highlight of the Phoenix fandom scene for the past 12 years. That convention will return to the Phoenix Convention Center May 23-26, 2019.

The new name may be a way to disconnect some of the bad press the Square Egg conventions have been receiving lately. Phoenix Fan Fest, formerly known as the Phoenix ComicCon, was the one at which that would-be gunman slipped past security with an armload of real functioning weapons and ammunition, with the intent to kill Mighty Morphin Power Rangers star Jason David Frank last year.  It was also the focal point of a debacle between Ultrasabers, makers of light saber replica toys, involving a dispute over weapons safety on one side, and a misrepresentation of attendance by the convention to the vendors on the other. Add to that another bizarre situation in which the convention decided that volunteers should be made to pay to volunteer at the convention (it didn’t go well) and you have what is starting to look like an on-going public relations problem.

Square Egg is changing up security to try to make their conventions safer while not squashing the fun factor in the process, but that means real weapons checks and other measures. In addition to last weekend’s Phoenix Comic Fest, Square Egg has pop-culture conventions scheduled in Las Vegas and Minnesota this year.

Square Egg has not announced attendance figures for this year’s show. Spokeswoman Kristin Rowan said Sunday attendance for Phoenix Comic Fest was above expectations, but lower than attendance in 2017. The 2017 convention drew just more than 80,000 attendees. In 2016, there were more than 200,000 attendees, so if you do the math, attendance must have been on track to cost them more money than it was going to make.

On ‘The Event Horizon’ This Saturday: SONGHAMMER! 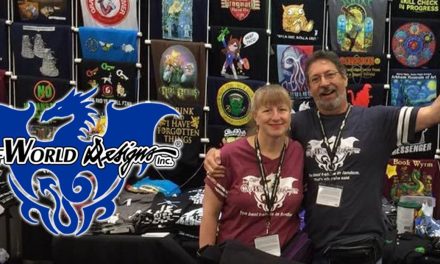