I Want Movies, Not Culture Wars

You know what I miss?

Being able to watch a movie without it inciting a race war over representation. Suffering from insomnia and trying to get my creative writing mojo back, I wandered the on-demand isle of my cable network and found the much-maligned The Great Wall (2016) starring Matt Damon and the lovely Jing Tian.

While the media world went nuts over the need to get Matt Damon to star in this movie to build name recognition, the movie fell off my radar because of the controversy associated with a White Leading Actor in an almost entirely Asian-cast movie. I hesitate to admit this because I am sure someone will have something negative to say, but I found the movie quite enjoyable. Nothing deep, your standard trope-laden adventure fare, but it was hardly the dog the media made it out to be.

In this movie, no one has to save Matt Damon, so it was already ahead in my book. Damon is playing a mercenary who is attempting to infiltrate a Chinese installation inside the Great Wall of China. He seeks to acquire “black powder” or gunpowder for his military operations back in Europe. Acting as a mercenary all over Europe, every advantage helps.

The Shadow Order mobilization just before the invasion of the Tao Tei.  China Film Group

Anyway, I understand the controversy around such movies but I am finding such issues to be less than ideal whenever I see them being discussed. The director of this movie was Chinese, but the writers, were not. The majority of the actors were Chinese.

Three of the six main characters were not. The fantasy motif was strange but no stranger than any other Chinese martial arts melodrama I had ever seen. In my mind, it should have been a hit in China. My research says it was.

“That means the Matt Damon/Tian Jing period-piece fantasy is probably going to make around $21m over the Fri-Mon frame. For a $150m-produced release, that’s an unfortunate result. Except The Great Wall is technically a Chinese/American co-production. And it has now earned $262m worldwide.”

This came from Forbes Magazine the first week the movie came out. The controversy over white-washing harmed the movie in the US and the Chinese came out to see it anyway. As well they should. From their perspective, the Chinese heroes, played by Tian Jing, Andy Lau and Hanyu Zhang are all charismatic, handsome, their roles well-acted and don’t take a second seat to Matt Damon and Pedro Pascal as the wayward White explorers. Even William Dafoe, who is normally a scene-stealing fiend, is positively subdued.

This so-called white-washing was anything but. Could this movie have moved just fine without the three White characters? Surely. But they played an essential role as the outsiders who discover a secret no one from the outside world was meant to know.

Wonder Woman gets ready to go to work against the German invaders.    Atlas Entertainment

This movie feels different to me than something like Exodus: Gods and Kings (2014) where a movie placed in Egypt had no significant actors of African descent and could definitely be called a film which white-washed the color right out of the movie. The same could be said for Dragonball Evolution (2009) or the abomination that was The Last Airbender (2010), which made no attempt to include people of color, despite the original source material having nothing but characters of color.

Now with the recent representational controversies over Wonder Woman (2017) and Gal Gadot’s pro-Israel stance, it seems movies are becoming just another political, cultural, and racial football to be kicked down the field in the great national battle of “Which Race Should Be In Control of Everything.”

As a military veteran, I can see her perspective. She is showing allegiance to the troops she stood with even if it is an unpopular stance with the rest of the world. From where I sit, at her age I might have said the same thing about the United States military, even if it were engaged in an unpopular military stance. I am supporting the troops not the war.

Later the same day, I had the misfortune of listening to a couple of pod-casts which frustrated me further. as the mention of the Black Panther (2018) movie with its very diverse, pro-African, pro-African America casting has cause both White people to ask ridiculous questions like “What if there was a White Panther?” or “What if the Black Panther were White? Would it be okay?” Or my personal favorite: “Why would anyone need to make a movie with this many Black people in it?”

“What about giving White actors more opportunity and representation in this movie?”

The deconstruction goes further as the Pro-Militant Black podcasts say, Black Panther should be avoided because the character was created by White men, Jack Kirby and Stan Lee and thus isn’t authentically a Black character.

Despite the fact the movie is employing primarily Black actors, a Black director, a Black costume designer and numerous other Black professionals, the idea of the boycott of the movie seems an imperative to these folks who dislike everything Marvel has done with its mythical Wakanda, and believe seeing cast members with spears in the movie somehow demeans them, making them in some way less significant. In The Great Wall I saw thousands of spears. No one seemed disenfranchised by having to use them in the movie.

Ultimately here’s where I have been trying to get to:

A movie should be able to be made without it descending into a race war, a political culture battle over whether you have enough representation, too little or too much. It should be about the quality of the entertainment and whether it fails to represent properly should be a DISCUSSION after the movie has been released.

Movies like The Last Airbender or Dragonball Evolution failed miserably because they weren’t remotely true to the original works. It would seem Black Panther is being true to its original source material despite its origin in the minds of two White men. Is this relevant? Absolutely.

Black Panther and Wonder Woman are important films because they are giving an opportunity to marginalized groups who have not been effectively represented in the movie industry before now, as well as being part of the Marvel Cinematic Universe in a way they had never been allowed to before.

It’s a damn shame comic-related movies from DC/Marvel have had nearly 24 opportunities between the two of them before a woman was placed in a leading role. In anything resembling social parity, it should have happened somewhere around movie #12. The first Black lead character will have a similar history and this is simply unconscionable.

Should I boycott Marvel’s Black Panther because it took nearly 20 movies for them to decide representation matters?

Will these works be perfect?

Hardly. Deconstructing movies like I have for the last decade, I can assure you, few movies ever get to be entirely entertaining, well-written, socially-relevant, intellectually-satisfying, gender-balanced, culturally-representative, and positively racially-sensitive. The list is too long and Hollywood’s racist/misogynistic roots run too deep.

But they have to start somewhere.

Wonder Woman, no matter what you may think of Gal Gadot as an actress, the movie has proven to be fantastically profitable. Again from Fortune:

“Wonder Woman crushed it at the box office again, pulling in about $57.2 million domestically during its second weekend, according to studio estimates released on Sunday.The superhero film, starring Gal Gadot, has earned $205 million total in the U.S. in the two weeks it has been out. Wonder Woman, which raked in $435 million globally so far, has shown that female-led superhero movies made well are in high demand.”

Given the buzz Black Panther has engendered half a year ahead of its release, it seems poised to do the same kind of brisk business because it is addressing a market normally overlooked by the movie industry, deeming it a less than ideal arrangement of a nearly totally Black cast and a Black director doing a Afro-futuristic science fiction style movie.

Why should this matter?

Issue #1 of One Nation written by Jason Reeves at 133Art

When Black and White pundits find excuses to pan the movie before even seeing it, their belief is this will prevent more movies like these from being made. In the eyes of White supremacists, this is a good thing because no one should have to see a movie with a nearly all-Black cast though the opposite is not only the defacto norm, it has been this way for nearly a hundred years.

Black critics who take this upon themselves to save Black people from a movie created with a character they deem insufficiently Black by way of his origin, are not helping their cause. They are hurting it. When Black actors can’t find work, they are LESS visible, not more. When Black directors can’t find funding, they may fewer movies, with smaller budgets and with more limited fare. Do we really need another New Jack City?

Understand those companies still might not do it. Representation is still an issue the leadership in Hollywood will not easily address. But money talks. If Black Panther makes money, they may be more inclined to make other, more representational fare. More importantly, if it makes money, the net benefit is more actors, more directors of color will gain an opportunity to create their own works, this time with characters of color created by writers of color.

Hating Black Panther does not help your cause of seeing Black creators presenting Black characters. It hurts that cause immensely.

If you see something when the work is done you don’t like, call it out. I relate to that and respect it. We need to ensure our representation is good and just, especially in light of how people of color are treated in America. Don’t harm the actors who need and want the chance to show their stuff, to create new works and to envision a future where characters of color can have creators of color and no one need worry about effective representation in this ideal future.

We aren’t there yet. I just wish we could go to the movies and instead of tearing them apart for their representation politics, we could just enjoy good stories with great characters and deconstruct them on their merits as films, not cultural battlefields where the stakes are whether an entire class of actors will ever get to work again.

I am confident Black Panther will do well. And if he does, perhaps Jason Reeves’, One Nation may get a chance at bat. Or Joe Illidge’s Catalyst Prime Universe can grace the silver screen. There are so many amazing creators showing up, all they need is an opportunity to shine.

Black Panther is lit. Marvel has disappointed us in the past regarding diversity and representation and DC Comics hasn’t been much better.  If you can’t see supporting the Marvel Cinematic Universe, consider support these amazing actors who deserve a chance to make movies for Lion Forge or any of the other brilliant creators who will populate the ever-growing, ever-amazing Black Age of Comics. 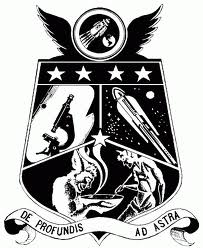 Earth is pushed out of its orbit by aliens who are friendly but incomprehensible and cannot be destroyed by a bunch of kids playing disco music on boom boxes , but scientists create a new weapon which does not work but they die from catching the common cold.
The End.
Loading Comments...
%d bloggers like this: