When Poison Ivy and Jason Woodrue, aka The Floronic Man, begin their plan to transform humanity into plants, Batman and Nightwing find themselves having to seek the aid of Ivy’s sometime BFF Harley Quinn to help find and stop Ivy and Woodrue.

Unlike previous DC animated films, Batman And Harley Quinn is taking a more comedic approach, with some comparing it to the “buddy cop” films of the 1980’s. With Harley Quinn’s rising popularity, it’s no surprise that Warner Animation would try to feature her in her own film. Having her team up with Batman, with humorous results, was the last thing we’d expect, but it is a welcome change.

The film will be released on Digital Download, DVD, Blu Ray, Ultra HD, and a Blu Ray gift set that will include an exclusive Harley Quinn figure.

The special features on the Blu Ray and Ultra HD include:

The film releases on Digital HD on August 15 and will be available on Blu Ray and DVD on August 29. 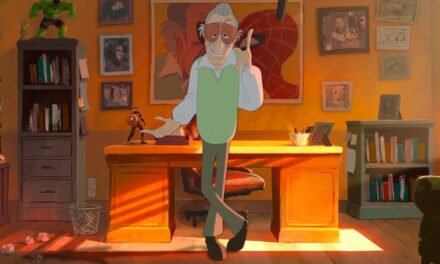