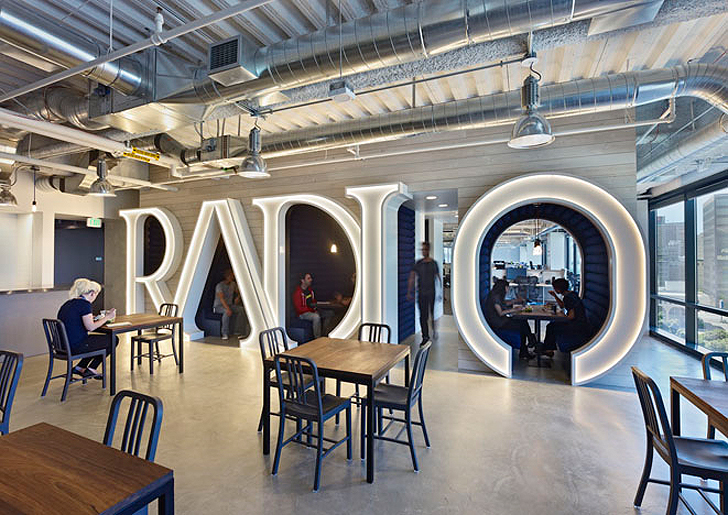 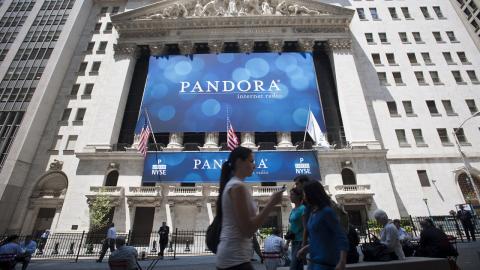 For what this banner cost Pandora to have made and put up for two weeks at the New York Stock Exchange, we could run SCIFI.radio for six months.

I don’t usually break the fourth wall like this, but this one is important.SCIFI.radio, the world’s most popular geek culture radio station, has just been hit with an operating costs increase, and it’s a big one. It’s our music licensing – due to arbitration by the United States Copyright Royalty Board between SoundExchange and music licensing agencies like BMI, ASCAP and SESEC, and the super-giant internet radio companies like Pandora and Spotify, our own licensing fees just quintupled.

The discussions about licensing did not take into account small internet broadcasters at all, and as a result, we now have to pay on the same schedule as these giant companies. The United States Copyright Royalty Board negotiated these rates between the major internet radio companies and SoundExchange, the fee collection representative for the major music rights companies, without any representation or participation from the small broadcasters that make up almost half the internet radio industry. This change to internet radio licensing means that a great many small stations are simply going to go dark. The rates went up that much.

This puts the entire internet radio industry at risk. There are four or five major internet radio companies, but nearly all the other companies are tiny ones, like the one that runs the station you’re listening to right now if you’re reading this on our web site. Internet radio is mostly hobbyists, and tiny niche markets that major radio stations could not effectively serve. This means that new music and new genres will now have a much harder time getting airplay, since only the largest radio stations will be able to afford the licensing. Most hobbyist stations were already run at a deficit, and this rate increase – which in some cases raises licensing fees by 800% or more – will snuff out one of the greatest grass roots media that has ever been.

Anybody trying to start a new internet radio station in the U.S. will now face almost insurmountable fees. Only well established stations, like SCIFI.radio, have enough of a revenue stream to survive. Even so, it’s going to hit us pretty hard. It’s going to hit everyone pretty hard. There is, however, something you can do to help.

SCIFI.radio is supported about half by advertising, and about half by contributions from listeners just like you. If one of your New Year’s Resolutions was to advertise your business on the world’s most popular geek culture radio station, or to make a meaningful contribution to keep geek culture alive and out of the hands of the big studios and mega-corporations, now is your chance to help out. We’re asking for your help, even a dollar a month will make a difference. Five dollars a month would help even more.

SCIFI.radio is part of the geek community, and a major beacon for fandom, even coming to the rescue of valuable historical archives such as the Voices of Fandom Project, and producing our own brand new science fiction entertainment such as Halfway Home: Adventures in the Asteroid Belt, and serving as home for a pile of great radio programming like Dr. Geek’s Laboratory of Applied Geekdom, Stolendroids, The Adventures of Superman, TV Campfire, The Event Horizon, Docking Bay 94, The New MarkWHO42, Good Morning Tatooine and much more. With your help, we can survive this, and we are in an excellent position to do so – if we can count on you.

Thank you for sticking with us on this journey, and we hope you have a good and prosperous New Year. And, join us for our 2016 New Years Eve celebration right here on SCIFI.radio.

We are Sci-Fi for your Wifi. With your help, we can stay that way. Tudyk’s Back, and SyFy’s Got Him with ‘Resident Alien’!