ITV Studios America and HDFILMS are resurrecting Space:1999 – but adding a century.  Because, you know, 1999 isn’t the future anymore.

‘Man’s giant leap was just a stumble in the dark’, this Space 2099 poster proclaims. Frankly, we think Neal Armstrong got it right the first time.

It was cute – it wasn’t Star Trek, but it was all we had, so we watched it. Space:1999, the British sci-fi series by Gerry & Sylvia Anderson (Supercar, Captain Scarlet, Thunderbirds), ran for only two seasons and aired between 1975 and 1977.  It was done on a television budget, but it was the most expensive show ever done for TV up to that time. ITV Studios America and HDFILMS want to reboot the show.

Now, I know there are a lot of Space:1999 fans out there. Or there were. Remembering that as this TV show was going out, the whole world was going nuts for Star Wars and promptly forgot all about what they’d just been watching. I’m sorry about what happened to the TV show, I truly am.  But sometimes a show is canceled for a reason.

On Space:1999, 321 crewmembers living in a moon base are suddenly thrust into space due to a nuclear explosion which drives the moon away from Earth at breakneck speeds.  And I’m not exaggerating here. To push the moon out of Earth orbit and out of the Solar System would have required so much explosive force that the first thing that would have happened would have been the utter liquification of the entire natural satellite we’ve come to know and love. And depend on, you know, for the tides and all that.

If you can get past the liquification problem, the next issue is that this happened while people were going about their business on the moon base.  These people went from about 0.13 G to several hundred times the force of Earth-normal gravity in a microsecond. This is equivalent to dropping your glass iPhone on a concrete floor from six feet up. You can imagine what this should have done to the skeletons of the moon base residents. A sudden force of that intensity should have reduced the entire population of the moon base to a thin layer of strawberry slime – yet somehow, Barbara Baine simply ended up lying on her back and passing out, and her underwire bra didn’t even deform.

Then after that, calling the show “science fiction” is just the icing on the cake. Despite the pretension, the show had the best visual effects anyone had ever seen on television, and that’s probably why it stayed on the air as long as it did.

“Science fiction is a powerful format capable of visualizing the human condition in thought-provoking ways,” HDFilms president Jace Hall recently told the Hollywood Reporter.  He’ll spearhead the effort and serve as an executive producer, assuming the project sells. It’s the development phase and has yet to be shopped to networks, and with any luck this is the last we’ll hear of the project – like the Doctor Who reboot we wrote on last November.  Mr. Hall clearly doesn’t understand what he’s working with, and probably really isn’t clued in to what science fiction really is.

“While we are indeed re-imagining the franchise and bringing something new and relevant to today’s audiences,” continued Hall, who recently revived V at ABC1, “I feel strongly that some of the overall tones set by the original Space: 1999 television show represent an exciting platform to explore possibilities.”

Like figuring out why Barbara Baine’s boobs didn’t flatten under 350 G’s of acceleration.

The Hollywood Reporter also spoke to ITV Studios International’s managing director Paul Buccieri: “After more than 35 years, we are thrilled to be developing a new vision of our much beloved franchise for audiences worldwide. Historically, the Space: 1999 brand has entertained and fascinated millions of people.”  What he fails to note is that the show really only succeeded because it filled the gap between Star Trek and Star Wars. It was riding the toe of the wave, shooting the curl.  But they’re not going to get that wave back again, and like SOPA, PIPA and ACTA, no amount of rewriting is going to put a golden shine on this turd.

1This rebooted version of V lasted only two seasons before being tossed by ABC Television.

Video of the Day: “Doctor 12th”, Read by Michelle Gomez 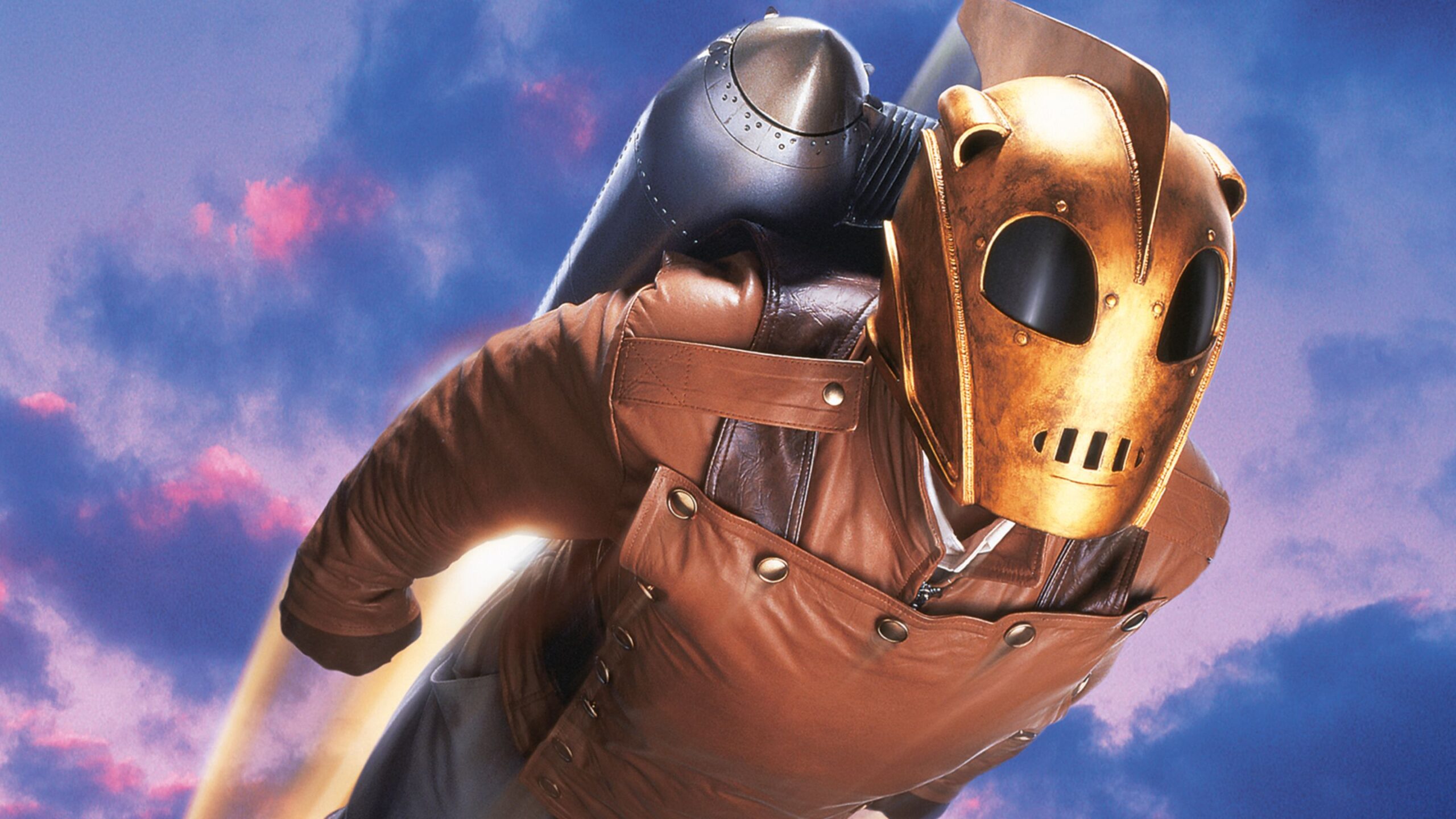 Finally! After 30 Years, THE ROCKETEER Is Coming Back!

Earth phases into an alternate universe where there are aliens who do not understand us and can be destroyed by a bunch of kids playing disco music on boom boxes .
The End.
Loading Comments...
%d bloggers like this: