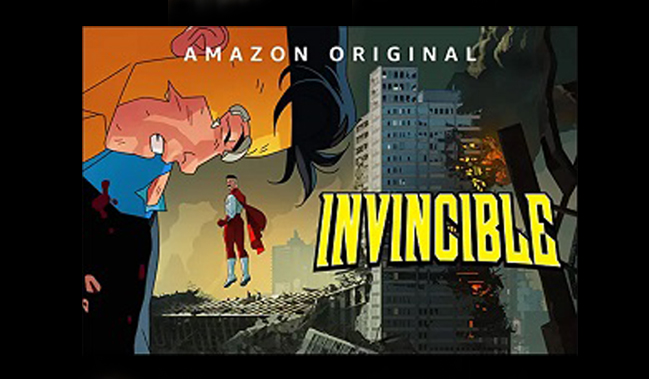 Adapted from the pages of Robert Kirkman and Cory Walker’s creation, this new Amazon original series appeals to the kid in me without sacrificing its mature storyline and brutal imagery – and this one-two combination is exactly what I look for in an animated action-adventure.

Opening with an attack on the White House, Invincible immediately has a ’90s X-Men animated series vibe as Omni-Man (voiced by J.K. Simmons: Spider-Man ’02) and the Guardians of the Globe, a pseudo-Justice League superhero team, sweep in to save the day. As the Guardians brawl with the Mauler Twins (voiced by Kevin Michael Richardson: Lilo & Stitch, Mortal Kombat ’95), we’re introduced to each hero and their super powers … except for Darkwing (voiced by Lennie James: The Walking Dead) who’s basically the show’s pseudo-Batman. After short work is made of the Mauler Twins, we’re shown the heart of the series: Mark Grayson (voiced by Steven Yeun: The Walking Dead).

As the son of Nolan Grayson a.k.a Omni-Man, Mark is a teenager anxious to follow in dear ‘ol Dad’s footsteps. With his father being a pseudo-Superman from the planet Viltrum, Mark hopes to take after Nolan and develop powers as he approaches adulthood. And, when he launches a bag of garbage to the moon, it appears the young hero-to-be gets his wish. From here, Invincible becomes a coming-of-superage tale with early years of Spider-Man vibes. Juggling his personal life with becoming a hero, Mark discovers the path to his aspiring future won’t be easy. However, the plot thickens while taking a much darker turn when the Guardians are lured to their death featuring enough blood, guts and gore to fill an entire episode of The Boys.

Carrying this darker, more mature theme into the episodes to follow, Invincible introduces more superheroes and superhero teams who are ranked and sensationalized by the news and social media. However, much like The Seven from The Boys, the Guardians were the elites of the superhero game. And the team’s handlers, an inverted version of Vaught known as the Global Defense Agency, form a new team of supes to replace the fallen and protect the globe. Meanwhile, there’s an ongoing investigation into the Guardians’ deaths with a pseudo-Hell Boy private investigator named Damien Darkblood hot on the perp’s trail.

If you hadn’t guessed, there’s quite a bit happening in this animated series. However, focus is never lost on Mark’s journey to becoming a hero. The young superhuman struggles to learn his new-found responsibility while maintaining some semblance of his normal life. Training with his father, saving the planet and pursuing a love interest all without flunking out of high school during his senior year. And, of course, a much darker threat lurks in the shadows waiting to be revealed all with some laughs to accompany the mounting suspense.

With clever writing, a touch of Adult Swim humor, a thrilling cast and an exhilarating action-adventure story showcasing fandom nods to the superheroes we know and love, this is genre adaptation done right. With a current ranking of 8.8/10 stars, Invincible flies high with a super punch making it one crowd pleaser superhero genre fans won’t want to miss. This must-see series is currently available on Amazon Prime. 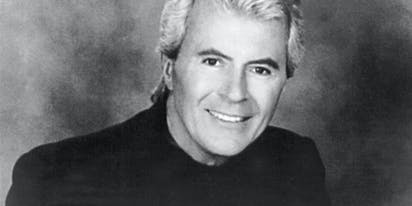 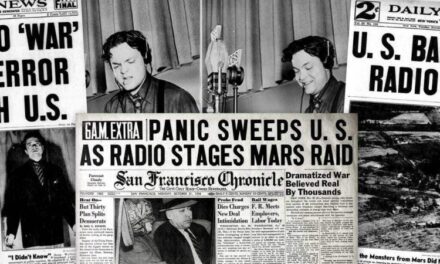 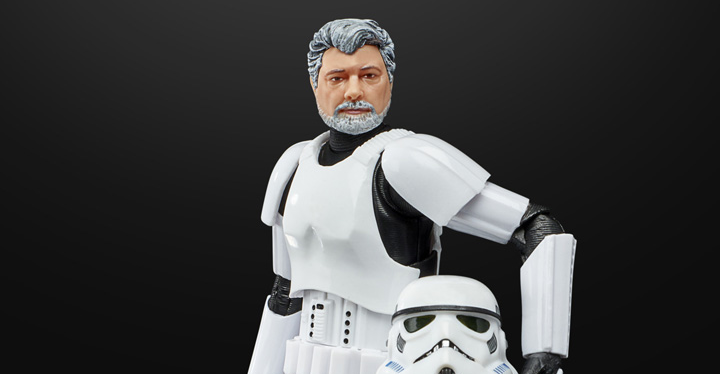