In this release from back in July, the female form of the Master, Missy (Michelle Gomez) is back for more anti hero hijinks joined by the Meddling Monk (Rufus Hound), Strax (Dan Starkey) a host of new faces as she works to corrupt and maim the universe.

The Lumiat by Lisa McMullin

When a ‘do gooding’ woman comes along to spoil Missy’s fun, she knows it can be none other than the Doctor in female form… She isn’t expecting a better side of herself. Is it possible that Missy might one day regenerate to the good?

The Doctor has the Vallyard as his darker side, but it’s taken this long for Doctor Who to show the lighter side of Missy in the Lumiat (Gina McKee). Not only does this give Gomez a lot to play against, but also serves as a foreshadowing of the Missy’s journey she goes on in TV Doctor Who.

McKee is exactly as you’d want the good side of Missy to be. As the Vallyard point’s out the darker side of the Doctor, the Lumiat points out places where Missy could be more evil and choses not to. Their is also a wonderful level of denial in Missy, who keeps insisting the Lumiat must be the Doctor in discuise as Missy tries to do even more devious things to try to make the Doctor appear.

Brimstone and Terror by Roy Gill

Missy is trying to make an army and it time she’s getting them whilst they are young but over taking a boy’s boarding school. One of the boy’s is familiar to her, Oliver Davis (Oliver Clement). But just when she things she had Oliver over a barrel and helping him, his sister Lucy (Bonnie Kingston) comes to the rescue, as does one of the teachers, who sounds a lot like Strax (Dan Starkey)

It always great when Big Finish develops it’s own characters to call back to as they have with Oliver and Lucy, as seen in Missy’s first boxset. We find these character’s emboldened by dealing with Missy before and more alert to her tricks and then throwing in Strax undercover affecting an accent and it makes for a great story. Gomez also makes the perfect school teacher from hell.

Treason and Plot by Gemma Arrowsmith

When a time agent is new they always get given the boring posting of stopping rogue time travellers from interfering with the gun powder plot. Rita Cooper (Ony Uhiara) is no exception. It’s just her bad luck when she does it, it’s Missy that is changing time around the plot. At least things wont be so boring.

This plot leans heavily and effectively on the funny side of Missy and Gomez rises to the occasion as ever. The script by Arrowsmith wonderfully lampoons the somewhat dim witted men behind the plot and how Missy exploits this to her own end. The concept of having someone be given this point in history as the dogsbody work they give a ‘newbie’, only to have it blow up in their face (pun intended), play’s very well, especially when she tries to report back the major changes to the timeline and is dismissed as needing to learn to do better if she is to get anywhere in this job.

Too Many Masters by John Dorney

The Meddling Monk (Rufus Hound) snares Missy is in a devious trap she is sure to not escape from as revenge for her hanging him out to dry on their last encounter. Then Missy does inevitably escape they both find themselves prisoners of the Ogerons leader Empress Maule (Helen Goldwyn). They want to settle an old debt with the Master. But when both Missy and Monk claim not to be the Master they seek, they jump very quickly to the wrong conclusion and soon both find themselves in danger. It will take either a lot of team work, or an equal amount of mutual backstabbing to get out of this.

Hound is always gold as the Meddling Monk, doubly so when paired with Gomez’s Missy. This pairing also put’s the Monk in his rightful place as the pound shop Master. Not in performance or the acting or writing, but in the character thinking he is a main player but always ending up as the also ran, being outwitted by the Doctor when the occasion arises and certainly out eviled by Missy / The Master when they come face to face.

Throwing a third force into the mix in Goldwyn’s Maule makes this a really nice, fun romp to end the boxset on

Big Finish always sets a high standard and the Missy set’s so far have surpassed even that. As well as being a delicious Master, Gomez really makes the part her own and the level of dark human in her version is unparalleled in other incarnations without even making her less sinister.

You can buy this release now on CD or digital here.

Video of the Day: Karen McCarthy’s “Love in the Age of Steam” 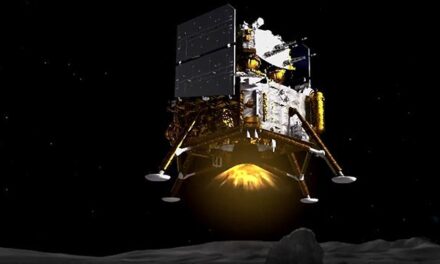