With the success of the Zombie Army series of DLC as well as the Zombie Army Trilogy game, Rebellion has released the next chapter in the series with Zombie Army 4: Dead War.  The game is set at the end of World War 2, but in this alternate history, Hitler has unleashed evil occult powers to create an unstoppable army of the dead.

The game opens with players playing either on their own or in a group of up to four players as the Rebellion is seeing a resurgence of the Zombie forces that have spread over Europe.

This time around players will have many more options at their disposal, such as the ability to find upgrade kits that will allow them to upgrade their weapons with added power, enhanced magazines, and other features. As before, players can use sniper rifles, shotguns, machine guns and pistols. There is a nice variety of weapons, and players will want to find and customize ones that best suit their style of play.

Another great new feature is the heavy weapons that can be used when a player defeats a Boss Zombie, and they include a heavy machine gun, flamethrower, and super saw. There are some others as well such as a rocket launcher and emplacement machine guns.

All this is needed, because the hordes of zombies are endless, attacking players in unending waves as they attempt to complete mission objectives and make it to strategic points on a map.

There are scores of new creatures to battle beyond the traditional hordes and the vast variety and abilities of the enemies makes the game a challenge. This combined with the fact that ammunition, health packs, and explosives are in limited supply, players must find supply chests and recover them from enemies in the form of stomping enemies.

Zombie Army 4 also allows players to customize the look of their characters and enhance their abilities such as stamina in the same way they upgrade weapons.

The various segments are broken down into four-part chapters, and the names and visuals that go with them stir memories of the classic horror films of the 70s and 80s.

Players will be able to take a break from the action by locating safe rooms at the end of each chapter. This haven allows players a safe place to upgrade, heal, reload, and more before taking on the next chapter.

Another nice feature of the game is that players can now do melee-based eliminations of enemies, as well as choosing more powerful one-off attack options like Flaming Axe or Power Punch to clear the oncoming hordes. Should a player fall, they can be revived by their fellow players – otherwise, they have to wait until the next checkpoint to be revived.

The game has some really impressive graphics and great imagery as locales from sewers, docks, zoos, bunkers, and more are all depicted in full detail, complete with macabre and gory supernatural decor.

Zombie Army 4: Dead War is lots of fun to play and has all of the gory action that fans of the series will love. The addition of all the new enemies, weapons, customizations, and abilities greatly enhances the game as well as the replay value as players can select a skill level that works best for them.

Should players need a break from the traditional game and want to practice using the traps, explosives, and other techniques in the game, there is a Horde Mode where players can simply focus on taking down waves instead of doing mission objectives.

While the series began as a DLC, Zombie Army 4: Dead War looks and plays like a completely new game from the ground up. The gameplay will be familiar to fans of the series but the multitude of enhancements and new features make this a game that players will love.

Some of the lines in the game did get a bit annoying as they repeated themselves often and in the heat of battle hearing the same thing over and over gets old fast. Another issue comes when players play as the same character and you hear the voice of your character saying that their ammo was low even though you just reloaded.

In the end, Zombie Army 4: Dead War is not only engaging and fun, to my mind it is the best game in the series. It’s available for XBox One, PS4 and PC.

A Stop-Motion Tribute to Ray Harryhausen on his 100th Birthday 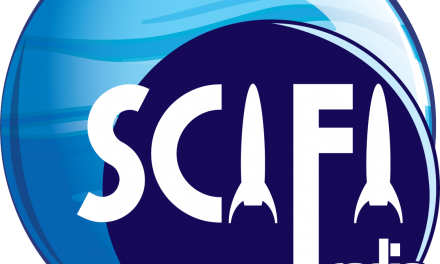 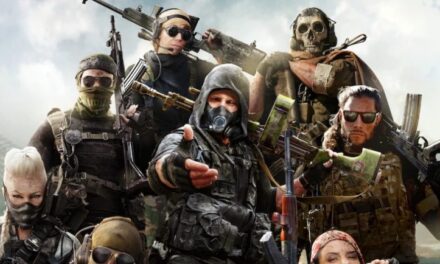 Earth is pushed out of its orbit by aliens who understand us all too well and cannot be destroyed by crowd of people with pitchforks and torches and they are turned into weird rocks that all look suspiciously like either Elvis or Madonna, but nobody can agree on which one it is.
The End.
Loading Comments...
%d bloggers like this: