Webbed Together Over Spider-Man: Sony, Disney and Tom Holland

Did Tom Holland “Save” Spider-Man for the MCU, or is it Just Marketing?

It was only a couple of months ago – late August in fact – when news broke about Sony and Disney engaging in a high-stakes showdown over the continued sharing of Spider-Man in the Marvel Cinematic Universe. Many fan sites, including Deadline, Nerdist and others, claimed that the deal – which had Marvel Studio’s Kevin Feige produce the film for Sony Studios – was dead and buried.

Then, in a true Hollywood plot twist, the two studios kiss and made up a month later. In between August 20 and September 27 a lot of speculation about what would happen to both Spider-Man and the MCU in general floated around amid a lot of outrage from fans, some pointed comments by Stan Lee‘s daughter, Joan and more optimistic words from Jeremy Renner (Hawkeye) and Jon Favreau (Happy Hogan).

For his part, Tom Holland (Spider-Man) kept largely quiet and tried to walk a line between the two studios, even sharing a photo with Endgame and Homecoming co-star, Robert Downey Jr (Ironman).

At the Disney fan expo D23, which took place on August 24, Holland broke his silence somewhat obliquely, “Hey all, it’s been a crazy week but I want you to know that I’m grateful from the bottom of my heart,” ending with Tony Stark’s iconic line from Endgame, “And I love you 3,000.” Later that same day he added in an interview, “Who knows what the future holds? But all I know is that I’m going to continue playing Spider-Man and having the time of my life. It’s going to be so fun, however we choose to do it.”

A month later when news of the new agreement broke, a story of Tom Holland’s role in making it happened also emerged. A few days later, it was recounted by Disney CEO Bob Iger during his appearance on the Jimmy Kimmel Show.

It’s a brilliant tale. It’s a feel-good moment that will help ease the rancor leveled at the two studios amidst allegations of greed and dirty dealing. Behind the scenes, Disney was trying to woo away Spider-Man director Jon Watts, which would have been devastating for the planned third movie. And for its part, Sony was spreading a lot of chatter that cast Disney as the villain.

The reality was, that both studios really needed this to work. Sony has a troubled history with the Spider-Man franchise having had it crash and burn under their watch twice before reaching a new agreement that saw Feige oversee the production of the movies in exchange for Disney being allowed to use the character in the MCU movies alongside the Avengers. That deal had Disney taking a 5% share of the profits in exchange for Feige’s services with Sony floating the entire budget. Disney proposed a 50-50 arrangement where they would contribute 50% of the budget (and Feige’s production skills) in exchange for future appearances by the Wallcrawler in the MCU and 50% of the profits. Sony countered by insisting that the original deal remain unchanged and walked away. While Tom Holland is clearly a rising star, the 23-year-old is not quite at the point where he can make a deal happen by talking to only one of his bosses… yet. But, in a business built on fantasies and story-telling, overstating his importance in sealing the deal is not only good for the brand, but it’s simply good business.

Now, while Spider-Man is Sony’s hottest property thanks to the performance of the Homecoming movies, the standalone villain movie Venom and the award-winning Into the Spider-Verse, Sony sold back the merchandising rights to Disney after the failure of the previous iteration of the franchise. Sony’s position at the bottom of the pile of the major studios means that it is an inviting target for a takeover by a larger company – and thanks to an earlier deal made with Disney, the Mouse would regain control of the character should Sony be sold.

For their part, Disney/Marvel ALSO needs to keep the friendly neighborhood Spider-Man in their neighborhood. After Endgame, Iron Man and Black Widow have died, Hawkeye and Captain America have retired, Thor has left the planet with the Guardians of the Galaxy and Marvel’s next slate of films will be centered around relatively unknown characters: Eternals, Shang-Chi, She-Hulk and Ms. Marvel.

Tom Holland’s rendition of Spider-Man is the most relatable familiar character. There are a lot of parallels to the early Iron Man movies, as Peter Parker is a technical wizard, his identity has been outed and Far from Home was centered on the concept that Parker felt he had to live up to Stark’s legacy. In that sense, Marvel can reboot the MCU without it being a reboot. And, of course, Parker/Holland’s age and constant pop-culture banter appeal to the Generation Z audience who have grown up with the MCU. And Marvel’s key to success in their movies has been a healthy dose of humor as opposed to the grimdark feel of the Zack Snyder DCEU.

Some of the wilder fan news rumors have Marvel using his next appearance to close his arc in the MCU and write-him out, while giving fans closure. That seems to be some sour grapes from the Sony side in response to the social media backlash that was raging before the deal was announced. But as Feige is teasing a greater involvement of the Webhead in the MCU, that rumor is merely click-bait at this point.

The deal that was worked out was a true compromise. Where Sony offered only 5% and Disney wanted 50%, the two met pretty much in the middle with the Mouse having a 25% stake both in costs and profits. Feige will co-produce with Amy Pascal. Jon Watts will return to direct the third standalone Spider-Man movie. Disney also gets to use Spider-Man in a future MCU movie. It is rumored that She-Hulk will appear as Parker’s lawyer in the third movie which could be used to lead into her own standalone film which is slated for Marvel. It’s too soon to judge the veracity of this, but it’s not unheard of given that Endgame served to setup Far from Home.

However, it should be clear to just about anyone that this is not a closed-end deal. It will either continue as-is, be modified, or a change in the industry will bring Spider-Man home. Both parties have too much at stake for this partnership to not continue and this is just the beginning. 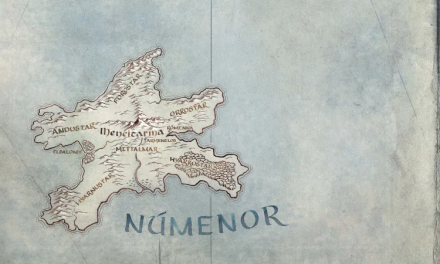 Casting Update – ‘The Lord of the Rings’ on Amazon Prime

‘Game of Thrones’ Writers Pull Out of ‘Star Wars’ Trilogy

Earth is pushed out of its orbit by aliens who want to plug us into a power grid and use us as living batteries and can be destroyed by a bunch of kids playing disco music on boom boxes .
The End.
Loading Comments...
%d bloggers like this: