Star Wars: Is the Force Still With Us?

An Editorial by Samantha Strange

Today is May the 4th, the universally celebrated Star Wars Day. It is a day where Star Wars fans across the globe are united in celebration of a movie and a fandom that movie execs thought would go nowhere. This year is especially difficult. As we celebrate the movies we love so much we are also in mourning over the loss of our dear Chewbacca, Peter Mayhew. Star Wars was a true underdog film that gave hope to all the underdogs of the world, uniting nerds everywhere at  a time when it wasn’t “cool” to be a nerd. It was the start of lifelong friendships, partnerships, and even marriages. It united us all, and we became one with the Force.

So why are we so divided now?

Back when it was announced that Lucasfilm had been bought out by Disney and that we would be getting brand new Star Wars films, the fandom was skeptical, to say the least. Many refused to get their hopes up. We had been burned before after all, the pain of the prequels still fresh in our minds.

One after another, Disney made polarizing decisions. First was the announcement that the entire extended universe was no longer canon. Decades of hard work by so many artists were thrown aside instantaneously, erased by one snap of the famous Mouse’s fingers. Long established storylines were gone, leaving us entirely in the dark for future films. The decision to have JJ Abrams write and direct the new film felt like sacrilege to many. Disney was handing the reins over to the man who did the new Star Trek films, two fandoms that classically do not mix. Fans were losing hope, and fast.

Slowly Disney started to win some of us back. It was announced that we would be getting back our core original characters and we delighted in the thought of seeing our childhood heroes on screen once again. The announcement of the return of Harrison Ford especially gave hope to many, as the man was notorious for hating Star Wars. Surely if he was returning it had to be good. The action packed trailer for The Force Awakens also pulled some of us back to the fold. We were still cautious, but the trailer didn’t look half bad, as it brought up a feeling of nostalgia in many of us. We weren’t too sure about this cheesy looking BB-8 droid, but maybe there was hope.

Fans flocked to theaters, with tickets selling out in presale minutes after their release. We waited with bated breath in our seats, anxiously awaiting what was about to unfold. Then the infamous opening crawl rolled and we cheered. At that moment it didn’t matter what came next, we were there, together, watching something that united all of us. The rebels, the scoundrels, the abandoned souls that had no one else. With a single burst of music, a single title flash on a screen, we became one. As the movie continued we laughed, we cheered, we cried out in agony and sobbed as one. It became an awe-inspiring moment for many as all generations of fans were gathered; some who had experienced this once before with the original trilogy, others who had only seen these movies in their own homes, and the youngest of us who were experiencing this for the first time. We watched together as new hope was given to this franchise.

It seemed to start with the announcement of Rogue One. Fans of the extended universe were dismayed to discover this would not be the Rogue One they had anticipated. The reality that the extended universe was not canon hit fans at that moment when the legend of Rogue One from the Rogue Squadron games was dismissed entirely in favor of a brand new story using the Rogue One title. While Rogue One was a fantastic, heartbreaking film, the divide had already begun. Fans also took issue with the hiring of  Rian Johnson to direct The Last Jedi. The man was a relative unknown to most people, with his only major directing credit being the lukewarm film Looper. He was unknown to us, and we didn’t know what to expect in the upcoming film and what changes he would make to JJ Abrams’ vision.

The release of The Last Jedi seemed to plunge this tight-knit community into a darkness that has been nearly impossible to lift. The movie overall was mediocre, which had everything to do with the inexperienced man at the helm. While some of us did like the grouchy old Luke, his entire story arch was vastly out of character for the man who so believed in the good things in life that he was able to bring Darth Vader back to the light. Rey proved to be even more of a Mary Sue this time around. Rose was just a bad character overall with her forced “romance” with Finn coming from far out of left field. Holdo’s “mysteriousness” wasn’t much mystery and more just poor writing and poor character development. The inclusion of Yoda felt like poor fan service, with his inclusion being unnecessary and his plot point being able to be served in other ways. The inconsistency in the story made the movie feel like it could have ended at several different points throughout the film. In two hours and thirty-two minutes, we watched as all hope we had burst into flames.

Overnight it seemed, fans divided over several points about the film. Actress Marie Tran, who played Rose, had to delete all of her Instagram posts because of the extreme hate towards her character Rose was being taken out on her, along with extreme racism being targeted at her directly. Fans that genuinely disliked the movie were verbally attacked by those that did like the movie. Because it heavily featured “strong” female characters, fans that didn’t like The Last Jedi were labeled sexist women haters. In turn, those that did like it were labeled man-hating feminists. Fans that pointed out legitimate issues were told to just shut up and like it anyway because it’s Star Wars. A fandom that had once been a comforting home to many was quickly becoming the dysfunctional family at the Thanksgiving dinner table that can’t agree on politics. Even in the dark days of the prequels, we had never been so divided.

The antics of the man at the helm of the film have done little to end this divide. Interviews came out with Mark Hamill expressing dismay over what had been done to Luke’s character, saying that they needed to think about the fans. Rian Johnson was insistent that it was about his vision and his story, forgetting that it was the fans that got him there in the first place. Watching Mark Hamill hang his head in defeat broke the hearts of fans everywhere. Rian Johnson has also been a bit hostile towards critical fans, frequently calling them “manbabies” on Twitter.

Fans have also taken issue with the seemingly biased critics. Currently on Rotten Tomatoes, The Last Jedi has 91% fresh critic rating, while having an audience rating of 44%. Many YouTubers have taken issue with this, with several stating their belief that critics were bought off to give the film a good review. Other fans and media outlets attempted to counter this with a study surrounding Russian bot activity, stating that the reason for the negative audience reviews was actually Russian trolls. However, the full study paints a different picture, and was only in reference to negative tweets, not full audience reviews.Ultimately, the public gave Disney a vote of no confidence in Solo: A Star Wars Story as it became the first Star Wars film to not make a profit, costing Disney around $50 million.

So where do we go from here?

It seems that almost irreparable damage has happened to this once tight-knit and loving community, affecting all fans, old and new. Severe damage has also been done to the current trilogy, leaving the story surrounding our beloved characters in shambles, with Rian Johnson compromising what JJ Abrams had built. Many hoped that these new films would bring peace to the fandom, instead we have been left in darkness. While there are those that are still trying to see the good in this franchise, many are giving up. While JJ Abrams is back at the helm for The Rise of Skywalker, some are wondering if it could be too late.

As a plea, from one Star Wars fan to another, on a day of unity for us all, let us put aside our differences. Let us find that unifying thing that we can all agree on: Jar Jar Binks was terrible, that kiss between Luke and Leia is creepy, Han shot first. Let us lay down our blasters and come back together as that unifying force to be reckoned with. For Peter, for Carrie, for Kenny. Stop the fighting, stop the hate, and be one with the Force once again.

Los Angeles is (NOT) Getting a Star Wars Museum! 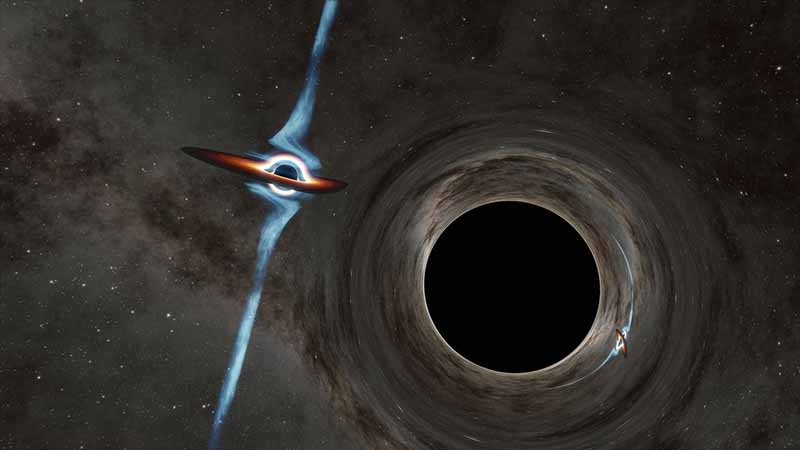 Earth is targeted by a previously undiscovered asteroid storm who perceive us only as a food and can be destroyed by crowd of people with pitchforks and torches .
The End.
Loading Comments...
%d bloggers like this: