We all knew what was coming from the moment the pilot episode established that Kazuda “Kaz” Xiono was from Hosnian Prime, but that didn’t make it any less gut-wrenching when he watched his home, his family, and everything he’s ever known get blown away in “No Escape: Part 1,” the first half of the climactic finale of Star Wars Resistance’s first season.

I was fortunate enough to see both parts of the finale last weekend at a fantastic screening event held at Lucasfilm, where members of various fan communities including the Rebel Legion, the 501st Legion, the Mandalorian Mercs, and Saber Guild were invited to the Premier Theatre at Lucasfilm’s Presidio headquarters in San Francisco to celebrate the conclusion of the season with executive producer Athena Portillo, production designer Amy Beth Christenson, and more from the Lucasfilm team. It was a great privilege to sit in that beautiful venue to watch a finale that both wraps up the first season while establishing the second, but still leaves the door wide open as to speculation.

The episodes function together as one story so well that I had to revisit “Part 1” to remember what happened there and what happened in “Part 2,” which starts off with a brief recap of the chilling conclusion of the last episode but then launches right into the climactic action of the final battle to free the Colossus. I was frustrated by one aspect, perhaps wrongly so, but it was a fitting end and an intriguing new beginning all at once.

Personally, as someone who has experienced the sudden death of a parent, I didn’t think that the episode spent enough time with Kaz dealing with the ramifications of what happened, though I am confident Season Two will delve deeper into his grief. There is one moment in particular that should have merited a larger reaction than it got, but at the same time, this is a Disney Channel action show. They’re not going to delve too deeply into a fascist regime murdering a solar system full of people. I get that, and I’ve made peace with it.

Overall, there’s really no tonal shift, despite a steep rise of the stakes, and that’s a good thing. The show all along has been light-hearted racing adventure with moments of personal poignance and intensity, and it holds true throughout the season, from the opening dogfight of the pilot episode to the final sequence of the finale, which is a perfect traditional optimistic Star Wars “ensemble shot” scene in the vein of Star Wars: A New Hope or The Empire Strikes Back.

The third act of the episode as a whole puts more on the line than any episode prior, but it’s still pulse-pounding Star Wars dogfight fun. It is a brilliant climax to the first season in that almost every character with a speaking part thus far has some role to play in the conflict. There’s no surprise cameos or anything like that. The new cast is allowed to stand on its own, and it works. The action is staged and shot in a way that echoes the space battle over the forest moon of Endor from Return of the Jedi. The fate of the Colossus itself hangs in the balance, but it’s still the most fun the show has had with an action sequence to date.

Despite the rollicking feel, characters make intense choices with real consequences. Some events I thought were foregone conclusions do not come to pass, and some choices I thought were off the table by virtue of the show’s target demographic happen with all the raw emotion we could expect from the live-action Star Wars films. Very little is truly resolved in the way of the personal arcs of the core characters. In a discussion after the screening, Portillo promised much more personal growth and drama to come next season. Many of the subplot threads left hanging have yet to pay off even after the finale, but if we learned anything from Star Wars Rebels, it’s that Lucasfilm Animation plays a long game with those. Remember space whales?

My first impression after the screening ended was mixed. I felt that the show had ended right before the part I wanted to see all along, but I think that was the intent. I’m more excited for Season Two than ever, and I’ve got only the broadest idea of where the show is headed. Much like that of Star Wars Rebels before it, this first season finale manages to entertain on its own while still proving to fans that the best is yet to come. 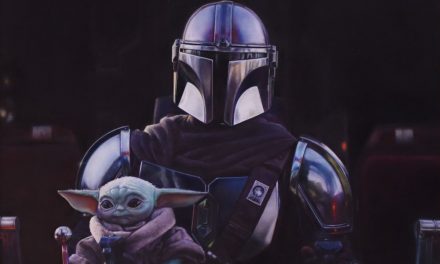 Is ‘Red Dwarf’ Getting A Movie?