Some cons run forever. Some are a flash in the pan. ConDFW, a North
Texas literary SF con, ran 18 years. Last weekend was the last one.
Five hundred fans gathered to say farewell to it.

Fans used to comic cons with attendances in the tens of thousands might
be surprised by the atmosphere. There’s a heavier emphasis on books
than movies and panel discussions take up most of the programming
area, with autographs limited to a couple of tables.

A flu outbreak in the Dallas area kept some guests from attending. One
panel lost everyone scheduled to appear. Half a dozen local writers
stepped up to replace them led by Nebula winner Bill Ledbetter and
provided useful advice on workshops and networking. Other panels
ranged from real world rockets to the future of the Star Wars movies.
Discussions were always interesting, though occasionally heated side
topics were shut down by a moderator (“antivax” is a triggery taboo
word).

Both guests of honor made it. Charlaine Harris, author of the Sookie
Stackhouse series, praised her reception. This wasn’t a con where she
wondered why she’d been invited–she enjoyed the Q&A with fans. Hugo
and Nebula nominee Yoon Ha Lee, author of the Machineries of Empire
trilogy, was also warmly welcomed with a notable line at his
autographing session.

The greatest age range was in the gaming room, which a grognard who’d
attended every ConDFW shared with a pair of adorable twins who’d been
born after the previous one. Fans who wanted to hear new stories
attended readings from dozens of authors, often sharing unpublished
works. The merchant room had an innovation: a Girl Scout booth selling
cookies. Unfortunately the Radisson hotel didn’t allow open room
parties in the evening, so once the panels were over the con wrapped
up.

Sunday the traditional feedback sessIon became a farewell instead. The
Concom, led by Amie Spengler, talked of founding the con and the joy
they’d taken in running it over the years. The sadness of it ending
may have been mixed with relief in a few who’d been holding the same
position for too many years.

And we all promised to meet again at other cons. 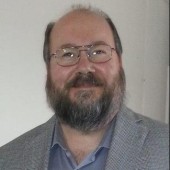