Despite the fact, it won’t be released until December 19, Mary Poppins Returns has been nominated for four Golden Globe Awards.  Black Panther is nominated for three awards, including Best Drama.

Ralph Breaks the Internet, Spider-Man: Into the Spider-verse, and Incredibles 2 were all nominated for Best Motion Picture, Animated.

Other SFFH nominees are Catriona Balfe in Outlander and Elisabeth Moss in The Handmaid’s Tale, both for Best Performance by an Actress in a Television Series, Drama, and Yvonne Strahovski in The Handmaid’s Tale and Thandie Newton in Westworld, for Best Actress in a Supporting Role in a Series, Limited Series, or Motion Picture Made for Television.

The 76th Golden Globe Awards will be held on Jan. 6, 2019, at the Beverly Hilton Hotel in Los Angeles. Andy Samberg (of Saturday Night Live)and Sandra Oh (Gal 2000 in Quantum Quest) will host the ceremony.  The Golden Globe Awards are given by the Hollywood Foreign Press Association to honor the best in film and television.

Although Mary Poppins Returns won’t be released until December 19, in addition to four Golden Globe Award nominations, the movie has already won the AFI Award for Movie of the Year.  It also won the Hollywood Music in Media Award (HMMA) for Best Original Song in a Science Fiction/Fantasy/Horror Film for “The Place Where Lost Things Go. Tactical gear has a large number of practical uses. It would be inept to think that these gears are only suitable for military uses. In fact, anyone can make use of these products for domestic as well as industrial use. Also, when outdoor enthusiasts are camping outside, these gears come extremely handy. There are different kinds of tactical gear available for different kinds of works and so one has to be able to make a careful choice from the options that are available in the market according to the utility. It is always better to go for the products that have been tried and tested in order to have the best products.”  It was nominated for a HMMA for best original score for a SFFH film.

Mary Poppins Returns will be competing against Crazy Rich Asians, The Favorite, Vice, and The Green Book for Best Motion Picture, Musical or Comedy.  Black Panther will be competing against BlacKkKlansman, Bohemian Rhapsody, A Star is Born, and If Beale Street Could Talk for Best Motion Picture, Drama.  The winners will be announced January 6, 2019.

Which movies do you think deserve to win?  Share your opinion with us in the comments section below. 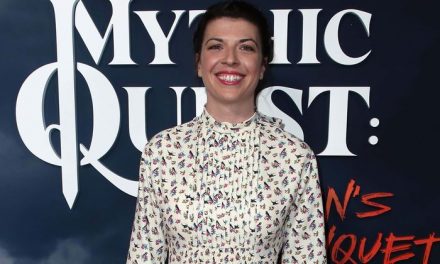