Heimdall, Guardian of the Bifrost (Lee/Kirby; Journey into Mystery #85; 1962)

There is sadness in the Nine Realms this night. Stan Lee, one of the architects of the mighty Marvel Universe has died. Elves still sing, softer songs, dwarves still make great tools and greater weapons, for the Universe has grown colder, men lament, fearing their own meeting with Hela, and even gods walk softer, one of their greatest chroniclers is no more.

He was a tireless titan charged with the feats of Atlas to hold up and create a new place, to become a timely creator of a reality with no known address, a realm of magic and science, of journeys into mystery, where he would premiere heroes the like of which the world had never seen.

Heroes who were flawed, rough men, tragic with feet of clay, men who aspired to greatness and just as often failed. Men like him and his co-creators, Jack Kirby, Steve Ditko, and Bill Everett, marvelous men who dreamed of things they hoped would be great but had no evidence beyond their ambition that they would.

You notice I have evinced no sadness. I don’t regret the passing of Jack Kirby or Stan Lee, who have been blessed with the opportunity few individuals know, to create something which shall outlive them, to have created something which has affected and in certain instances transformed the world.

They have created their own part of the modern mythology of superheroes with adherents around the globe who recognize, pay homage to, and have mad respect for their works. They have spawned imitators, copy-cats, parodies, homages, clones, and splinter Universes, hoping to capture the lightning in a bottle that was the early 70s Marvel Universe.

I am not sad for his passing. I am saddened only in that he knew suffering in his later years, deception, cruelty, and yet mixed in this was the joy that is creations would live on the silver screen, well-created, well-captured, acted by people who evinced the core elements of those works created in the ragged offices in New York City, without air conditioning, on meager pay, all those years ago. His appearances in those movies will always reveal his secret glee inherent in their magnificence. He watched from on high and smiled.

He lived well, this Stan Lee, born Stanley Martin Lieber (December 28, 1922 – November 12, 2018). Of humble cloth, he turned his imagination, nothing but stardust and bristol board, with the help of masterful creators such as Jack Kirby into something.

A struggling something, born hard, remade every month, inconsistent as hell, yet in the hearts of their creators, their works maintained a purity which they fought for, fought over, fell out over, and ultimately would fall apart over, until those creations took flight in the hands of other men and women.

Creations which now inspire millions, nay maybe even billions to imagine themselves as archetypes of heroic endeavor. He has managed to immortalize his works in a way few men have. There is nothing to lament.

Was he a good man? Not my call. From most of the tributes I have read and the history I have studied, he could be called a complex individual. No more good or bad than most. Did he get more credit than most of the famed creators who have gone before him?

Yes, he did. He had a knack for selling himself, his idea and his over-the-top bombastic nature lent itself to Uncle Stan selling his creativity, such as it was, again and again. Becoming the face of Marvel with his trademark folksiness and his patented Excelsior, he was the face of Marvel even after he left them years later.

I say to thee, there should be no sadness in the Marvel fandom today. Stan Lee is among good friends, if there is an afterlife, and if not, he shall likely never die that third death, the one where the last person to speak your name lays you to your final rest.

Men like Stan Lee and Jack Kirby are among those few such men who never know that third ignoble death. They are immortalized in song, in humor, in derision, in laughter, in parody and in loving remembrances of misspent childhoods wanting to be a particular down in his luck wall-crawling hero, or a member of a famed quartet with more luck than good sense, or perhaps a lonely god who realized that being Human was where it was at.

We die three times in this life. The first when we realize as a child that Death will come for us. It is the death of our childhood and our concept that life goes on forever. This is the death of a grandparent or a beloved pet which scars us, changes us, places an imperative to do more, move faster, plan ahead, to aspire to greatness.

The second Death is when we die, that moment when we realize in the dark of the night, or in the bright light of our hospital bed surrounded by loved ones, if we are lucky, our life is only heartbeats from ending. Perhaps we welcome it, perhaps we fear it. Perhaps we just count the breaths until we know the last one is near. Death comes for us and we have no choice but to go.

That third Death is the metaphorical one, the death of our name, the end of our lineage, the obliteration of who we are as an individual, that moment when the last person who ever says our name among the living.

This third Death is the hardest, for in that moment, all that we were, all that we dreamed, all that we aspired to is in the hands of the person who says our name for the last time. And then we are gone. Lost to the entropy of the Universe, a tiny dot on a tiny planet in a forgotten corner of all there is. (That’s how Stan would describe it.)

Stan Lee and other creators who worked telling tall tales of mythic adventure, creating a modern narrative storytelling tradition whose like has never been seen before and may never be seen again, shall never die that third death.

For them, their immortality has been realized, carved into the very flesh of our society, into the aspirations of children seeking representation, into the hearts of young men and women who believe in the dreams of new worlds bounded by their ambitions, to the old men who in the nadir of their lives, realize their heroes have died and so too will they, sooner now than they like to admit.

The third death is not for Stan Lee or Jack Kirby. For them, they have carved their names upon the Source Wall, the very fundament of the Universe and shall never truly die!

Let no tears fall for him. Celebrate his works, sing songs of his greatness and his villainy, for in all great men there is a bit of villainy they never escape from. This is what makes them great men. The willingness to do whatever it takes for their success.

They are never happy with these things, their secret shames they carry with them, invisible luggage whose weight is part and parcel of their success. When they die, they can finally lay it down. History will judge them, until it cannot. Then only the legend remains.

Get thee to Valhalla, Stan Lee; for the honored dead of Marvel’s mightiest creators await you with mead, drink and celebration until the End of Days or Ragnarok, whichever comes first!

And these two sat quietly, realizing nothing more need be said. They returned to the cosmos, their duties, not yet discharged, their obligations to Him, as yet unmet.

There is a pause as the great hall doors begin to close behind the warriors, heroes and skalds of Asgard. From out of the star-field, past the space god and his companion, Mjolnir flashes, crackling with lightning into a waiting, familiar hand. “Excelsior, true believers!” is heard one last time. The doors close behind him. The festivities began in earnest.

On a cold throne, in a kingdom run like clockwork, behind an iron mask, a singular man who had been a god more than once, imperceptibly sheds a single, hot tear. “The world will never see your like again. Godspeed, Stan Lee. For thanks to you, they will always have Doom!”

A variation of this article appeared on Quora. 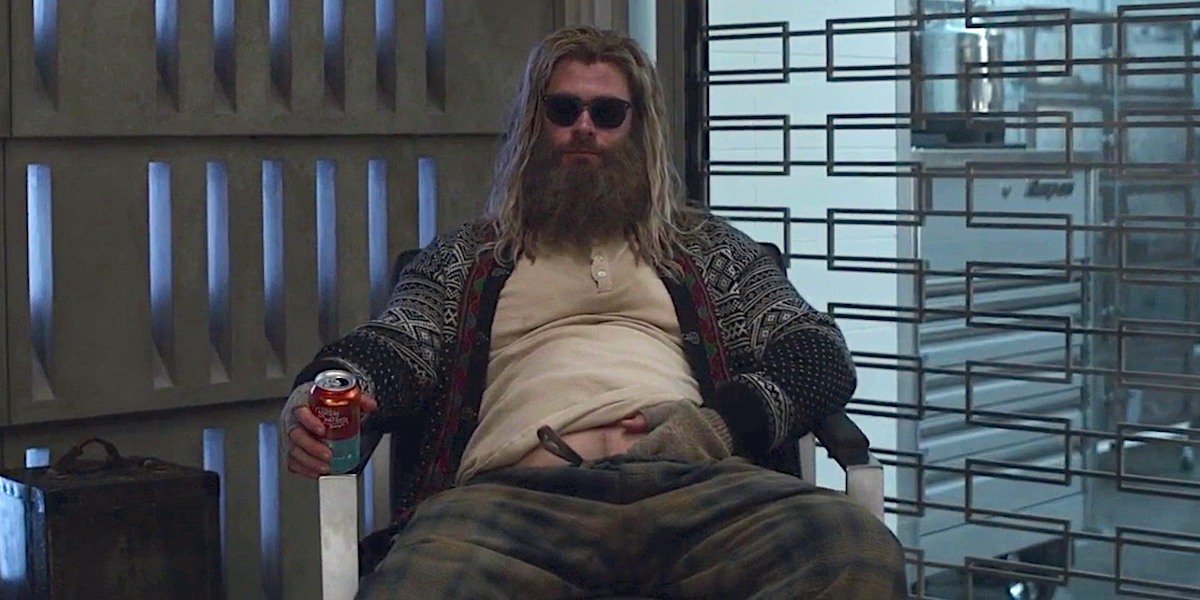 ‘Avengers: Endgame’ – How Did Thor End Up with a Beer Gut? Isn’t He Supposed to be a God? 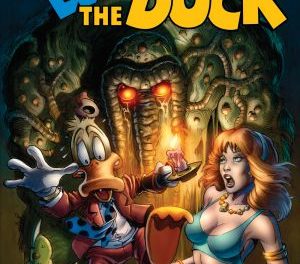 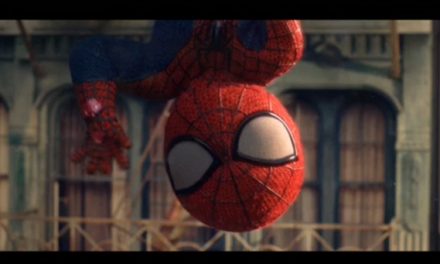 Video of the Day: The Amazing Spider-Man Meets Spider-Baby 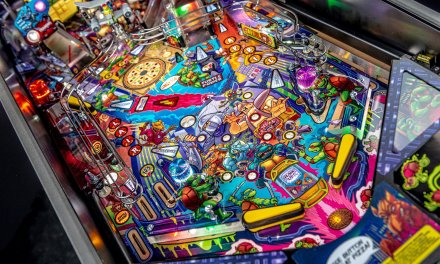