The HappyTime Murders – A Review

If you were heading to the movies this weekend, you had the choice of a collection of strange flicks to choose from, but the one least recommended by critics was The HappyTime Murders.

Critics routinely panned it, but when I went to see it, I hadn’t read a single review beforehand. There is a reason I don’t these days: most critics are art snobs and suck all the air out of the theater with their pomposity directed toward movies which they find reprehensible and not worthy of anyone’s time.

I think, in this case, they were being unfair. The HappyTime Murders does feature Brian Henson’s adaptation of Jim Henson’s Muppets, which Brian chooses to treat as a strange population of beings who live in the world with Humanity, yet the status of Puppets, is anything but equal.

I knew, sight unseen, critics would beat this movie within an inch of its life, because it did not repeat the life-affirming stories we are so used to when dealing with Jim Henson’s creations. If you loved Sesame Street (and who didn’t) The Happytime Murders will absolutely chap your ass. Gone are the fun-loving stuffed beings who sang about life-affirming relationships, friends, good cookies and getting along with others.

These golums of felt and maribou don’t do any of those things. They are neurotic, emotionally stunted, angry, sometimes self-hating and petty as all hell. But what makes the movie problematic is: none of these things is any real reason to dislike the movie, per se. I have watched far worse movies with less talent, obvious love and respect of the “detective noir” genre and the humorous updating of “Muppet/Puppet culture” as a dark summation of the Human experience.

The Puppets in this movie are just humanity emotionally dialed to 11. Their behavior is a caricature of our own. No better or worse than we are.

Despite all of the issues around how the movie was made (which in my mind was quite clever), and the story elements, which I refuse to reveal because as with most detective stories, half the fun, the movie was far better, in my opinion, than Michael Bay’s ‘Transformers’ movies which are little more than – mass bombings in disguise…

The movie doesn’t have anything to apologize for given what passes for “successful” entertainment these days.

Are The Happytime Murders problematically dark? Yes. But ALL detective noir stories are. The detective is invariably the man (or puppet) willing to walk in both worlds, the light and the dark and remain true to himself, realizing both the lawful and the lawless can be corrupted, if the price is right.

Forget the critics. I enjoyed this movie and despite its obvious and crude sexual innuendos, it was no less or more offensive than Basic Instincts which it lampoons mercilessly.

The movie features Melissa McCarthy (whom until this movie, I had absolutely no love of her as an actor – afterwards, she has grown on me quite a bit).

The film also brings the voice talents of Bill Barretta as the voice of the hard-bitten, cynical former LAPD police detective (who was the first Puppet on the force) Phil Philips. I enjoy Barretta’s delivery as Phillips, who does his best to bring Sam Spade back to life as a former detective trying to solve a terrible series of murders, of Human and Puppet alike.

There are a couple of other character actors who make the lineup including Parks and Recreation’s Joel McHale and The Hunger Games’ Elizabeth Banks. Banks plays Jenny, the only Human actor on the HappyTime television show from which the movie gets its name.

This movie is part “buddy-cop” and part “detective noir.” The HappyTime Murders are completely tongue-in-cheek, absolutely not-taking-itself-seriously and in that way Jim Henson’s Muppets were showing the aspirational side of Human nature, his son’s Brian Henson’s Muppets/Puppets are showing the darker, more neurotic, cynical nature of humanity writ in plushy stuffing.

At its darkest, the movie depicts Puppets, singing for their supper (a hold-over from the days when Puppets weren’t equal, a not-so-thinly veiled allegory for the racism experienced by black people when they were only allowed to appear before whites as entertainers), Puppets routinely abusing sugar (a Puppet’s drug of choice), and experiencing the full range of human depravities. It as this depiction which endeared them to me. It always struck me as strange that the Muppets never seemed to seriously embody the dark side of humanity only its better half.

I think it is entirely how one chooses to see this movie which informs your critical review of it. This movie is rated R, for its egregious and apologetic display of sexual innuendo, rude commentary, accurately-depicted scenes of sugar/drug addiction and its foul, but appropriate to the genre, language.

The HappyTime Murders gets points for its homage to noir detective stories, its completely humorous look at the darkest parts of human society, and honestly because it tried something different, even if it was less than successful. I am always grateful when a movie company dares to try something unexpected.

This is adult fare. Don’t bring your kids, unless your goal is to traumatize them AWAY from Sesame Street, forever. Now in theaters. But probably not for long. 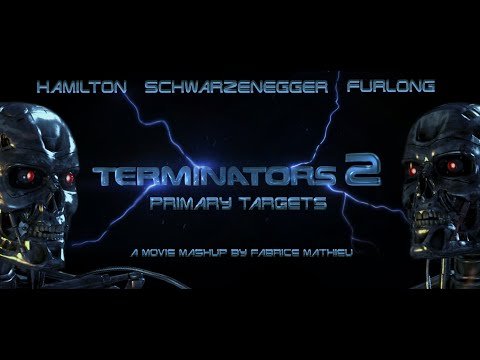