Video of the Day: The Cog Is Dead’s ‘Weird’ Today’s steampunk confection is The Cog Is Dead and their new original song Wierd. It was written by The Cog Is Dead’s John Sprocket (John Mondelli), and it’s essentially autobiographical. John had the same problem most of us have when growing up — that of not fitting in at school and just being socially strange, and on the outside of whatever was going on with the rest of his peers.

This song is fairly autobiographical. As a kid with ADHD who had trouble focusing in school and was a bit awkward I got made fun of quite a bit for being “weird.” I just wanted to spend my time working on things like drawing, making videos, playing music and acting. It’s no coincidence that I am releasing a song called “Weird” on the same day as the new Weird Al parody biopic “Weird.”

Weird Al is still my greatest musical influence. As a weird kid I was hooked on his song parodies and his versatility as a musician on his original songs. His music both got me through my school years and also really inspired me to pursue music. Back then I wanted to make song parodies and send them to Dr. Demento (who actually played The Cog is Dead’s “The Walking Taco” on his show earlier this year!) When I heard that the movie was being released on November 4th I thought it would be a fun way to celebrate the impact that Weird Al has had on my music career and life by making an autobiographical song about being weird and both embracing and celebrating it! It’s great to be weird

John shows off his remarkable vocal and stylistic range in this one, and the production values are really really good. This video marks the first appearance of The Cog is Dead’s new steam powered robot musicians. They’re not replacing bassist Bradley Harrington III and drummer Renate Goodwin, but they will be making occasional appearances in The Cog Is Dead’s music videos moving forward.

To find out more about The Cog is Dead, visit their web site at cogisdead.com, where you can learn all about them, buy beautifully designed apparel, posters and of course their music from the band’s online store, 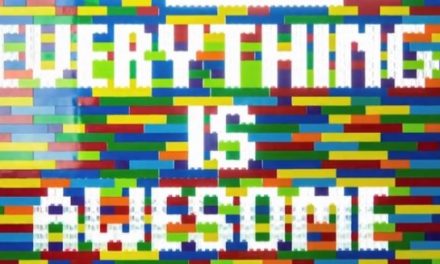