Once upon a time, a nine year old little girl was watching TV, when she saw something so unusual for 1966 that she ran to inform her family. “Mama, there’s a Black lady on television and she ain’t playing no maid!” Little Caryn Johnson was watching Star Trek, and she’d just seen Nichelle Nichols as Lt. Uhura, a trusted, capable, competent bridge officer, not a member of the ship’s mainteance crew. In 1966, it was rare to see People of Color (POC) on television other than Jack Benny’s butler Rochester. Young Caryn immediately became a Star Trek fan. In 1987, she was hired to become a series regular on the sequel, Star Trek: the Next Generation as an El-Air. By 1987, audiences had no more trouble believing in a brown-skinned alien (she played an El-Aurian named Guinan) on a spaceship than a blue-skinned Andorian or a green-skinned Orionese.

Whoopi Goldberg has been married and divorced three times. She has one daughter, actress/producer Alecandrea Martin, three grandchildren, Jerzey, Amarah, and Mason, and one great-granddaughter.

Most grandmothers tell stories, but Whoopi Goldberg wrote storybooks for her grandchildren and other children. She wrote the six book Sugarplum Ballerina series. She is also the author of If Someone Says You Complete Me, RUN!, Whoopi’s Big Book of Relationships for adult readers.

EGOT and Other Honors

Whoopi Goldberg is one of only 16 performers to achieve the coveted RGOT status. She has won an Oscar, a Grammy, and an Emmy She has also won the Saturn, BAFTA, the Golden Globe, and more nominations than I can count. She won the Saturn, the BAFTA, thw Golden Globe, and the Oscar for her role in Ghost. She won the Emmy for Beyond Tara: The Extraordinary Life of Hattie McDaniel. She won her Grammy for Best Comedy album for a recording of her Broadway show Godberg in 1986. Her Tony was for Thoroughly Modern Millie. From 2006 to 2008, she hosted a radio talk show called “Wake Up With Whoopi.” She was declared a Disney Legend in 2017. She received a star on the Hollywood Walk of Fame in 2001.

Whoopi Goldberg is best known for her comedy, such as Ghgost and Sister Act, but she proved in The Color Purple, for which she earned another Oscar nomination that she is equally competent at drama.

Happy Birthday, ma’am, and thank you for the years of entertainment.

Please enjoy this clip from Whoopi’s role on Broadway in A Funny Thing Happened On the Way to The Forum.

Wakandacon Comes To Chicago This Weekend! 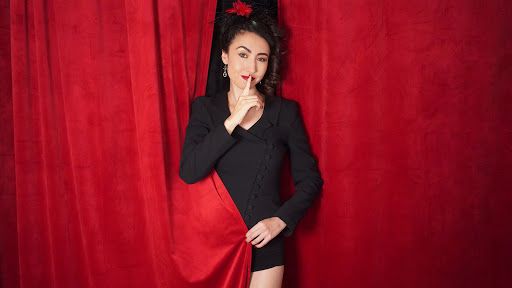