Disney has announced an eight-part documentary series on the making of the hit Star Wars spinoff The Mandalorian, with the first episode streaming on Monday, May 4, better known as Star Wars Day to many fans of the franchise (due to, of course, the inevitable “May the Fourth be with you” pun).

Each episode of Disney Gallery: The Mandalorian will showcase a different aspect of the show’s production via interviews, behind-the-scenes footage, and roundtable discussions hosted by series executive producer Jon Favreau.

“Disney Gallery: The Mandalorian is an opportunity for fans of the show to take a look inside and get to see a different perspective, and perhaps a greater understanding, of how The Mandalorian came together and some of the incredibly talented contributors throughout Season 1,” said Favreau. “We had a great experience making the show and we’re looking forward to sharing it with you.”

The series promises a deep-dive into technical aspects of the groundbreaking series, which utilized techniques such as high-definition projected backdrops alongside classic motion-control practical model effects, as well as the ways the story connects to the wider Star Wars universe and was shaped by the legacy of the generation-spanning saga. Future episodes of Disney Gallery: The Mandalorian will stream every Friday only on the Disney+ platform.

In addition to the behind-the-scenes series, the fan holiday will also see the release of the series finale of Star Wars: The Clone Wars, which has admittedly had more series finales than some shows have seasons. But this time, it’s for real, as the episode overlaps with the storyline for the film Star Wars: Revenge of the Sith and is expected to tell the story of the end of the galactic conflict from the point of view of series-original characters Ahsoka Tano and Captain Rex as they fight against Maul’s criminal empire in the long-hinted Siege of Mandalore. Catch the trailer for the series finale below.

Redditors Campaign to Honor Adam Driver and His Charity

‘Lord of the Rings’ Illustrator Barbara Remington, Gone At 90 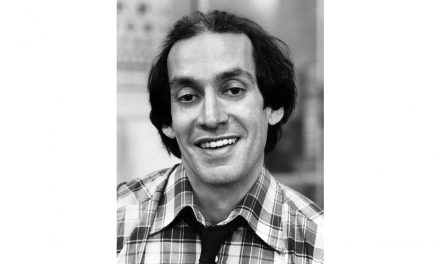