Captive State (2019) is a subtle, mixed genre film, a bit of science fiction with a thriller chaser; quite a twist from most alien invasion movies. It opens with a montage indicating humanity rolled over and played dead when the aliens showed up. With overwhelming superiority, they turned off our power grids and basically starved us into surrendering. However, the montage was clever and hinted at subversive commentary on American politics. We’ll come back to that later.

We Welcomed Our New Alien Overlords

Afterwards, they began their insidious agenda of planetary renewal keeping us around for resource management and cheap labor. We get several hints their technology is superior to our own but the movie doesn’t get ground down in this point. The aliens, who appear to be rather efficient at this, isolated themselves from humanity, buried deep beneath the earth, presumably for comfort and freedom from our fetid odors.

But we don’t see much of the alien menace and in my mind this was a good thing. This isn’t really an alien invasion story, this is a story of Human collaborators. In fact, this is the entire tone of the movie, understated, subtle, with little to differentiate it from any standard police procedural with the difference that the police are working for an alien invasion force bent on the occupation of the planet Earth.

There are no rousing speeches here, no pushing back the apocalypse, nothing to indicate there is anything happening at all – except that humanity fought back once, struck a blow so decisive that the aliens (the “Legislators”) destroyed that section of town and everyone in it as a message that such attempts at resistance would be met with extreme force.

For nine years, humanity sat quiescent, not entirely content, more like an impotent yet quietly seething hornets nest. The aliens have a host of technologies ensuring our compliance including the ability to listen in and track subjects via their implants. In a fashion similar to smart technologies like our televisions and cell phones listen in on our own conversations, not intelligently yet, but give it time.

The film has a number of threads and a number of protagonists and I found them all quite refreshing. The three leads, John Goodman, Ashton Sanders, and Jonathan Majors make an unlikely triumvirate of world savers, with their own baggage between them causing both tension and anxiety between all concerned.

Goodman plays a police detective, William Mulligan, who is now working for our new alien overlords. He doesn’t seem particular upset about it or perhaps he has just resigned himself to the banality of the Human condition. To stay mentally awake and aware, his job is to determine if all of the terrorists in the first alien bombing are accounted for. He annoys his coworkers with his attention to detail and insistence that the terror cell is still active. The guy is fanatical but sharp.

Ashton Sanders plays Gabriel Drummond, one of two brothers whose police detective father is killed by the aliens when he attempts to escape the invasion as it was happening. Gabriel, now a teenager, works collecting data-cards from cellphones, uploading their contents, presumably to the aliens before destroying them. His life sucks. To be fair, if you aren’t one of the well-paid elite who have facilitated humanity’s capitulation and subsequent “cooperation” your life sucks. Collaboration with our alien overlords (corporate raiders) who are destroying the environment is big business.

His brother, Rafe Drummond (played by Jonathan Majors) was the leader of the previous successful strike against the aliens called Phoenix. His graffiti image adorns the walls of the city in homage of the idea they could strike a match and ignite humanity to rebellion. Didn’t work. In order to not spoil the movie for you, I will refuse to mention anything else around the plot and instead talk about the real reason you should see this movie.

I like it because it is a subversive film. It points out all of the worst parts of autocracy, the taking of guns from every American; the snatching of children from parents, no matter where they were, the concentration camps and off-planet deportation whenever Humans who were involved in anti-government actions are caught.

One of the stranger scenes for me was the Battle Hymn of the Republic sang at Soldier Field. I thought it was an interesting alternative to America the Beautiful or the original national anthem. Internal to the story, it seemed like a bold choice on the part of humanity but I suspect the aliens didn’t know what they were allowing, when they approved its choice. To me, it was a nod to what I consider a subversive recognition of the approach of autocracy in our own world. The song has a habit of appearing whenever revolution is brewing.

This movie actively acknowledges the challenges of American politics with a gathering scene where a politician points out the failure of government leadership to make worthwhile decisions, to protect the interests of the species and it was only the threat of alien invasion which united mankind just in time to surrender and create this new state of affairs. Not subversive enough for you?

The alien Legislators run an autocratic, totalitarian government where they empower the police to do whatever they deem necessary to whomever they want. A police state with omni-capable tracking, where the police can listen to any conversation they focus their attention on, and where due process has no meaning whatsoever. Want a lawyer? So what. When they don’t like what you’ve done, they don’t just kill you. They drop super-soldier suits from orbit and they kill everyone you know, anyone in the area you live in, and leave the ruins as a reminder of what they are capable of. They will even get on buses and terrify innocent people, much like the Border Patrol has done in the United States.

I know a certain American president who believes that this would be an ideal state for our own nation and appears to be moving in this direction more and more each day. I admire someone who writes a story which points out a terrible truth in their work and doesn’t apologize for doing it.

Captive State put me in mind of more cerebral science fiction and thriller movies such as Children of Men, Se7en, or Rise of the Planet of the Apes which is reasonable since the very same director is producing this movie, the talented, Rupert Wyatt, in association with his writing associate, Erica Beeney.

Movies like this one tap into the polarized nature of the nation and thus will probably be shunned in numbers large enough to not make it popular. That’s too bad. This is a movie where its social commentary deserves deconstruction. See it while you can.

There are plenty of other actors in this movie whom I have not mentioned, not because they didn’t do their jobs as actors, but to reveal anything is to reveal too much. Suffice it to say, they were excellent and delivered their roles and met their narrative ends appropriately for the genre (Ben Daniels, Lawrence Grimm, James Ransone, Jonathan Majors, and Caitlin Ewald).

This movie will likely not appeal to the short attention span of the modern movie goer, which is too bad. It is a tightly woven tale, with only a few places I found problematic in terms of pacing.

It reminds me of movies made in an era before today, when you had to be able to follow a story, track characters, understand subtle motivations, and recognize that explosions won’t be gracing every scene of the film. This is a solid film which deserves more respect that it has been getting on review circuits. I have clamored for new writers who would dare to buck the big studio tendency toward nostalgia mining. I grow weary of their constant visits to Rebootopia and this stab at doing something different is a welcome effort.

Before they send me off-world to a penal colony …

I liked this movie. Much more than I expected to. It is a tasteful, if understated nugget of science fiction which might have been better served by appearing on Netflix, but I for one am glad to see Rupert Wyatt was bold enough to believe his creation should be on the big screen. Casting two Black actors in the lead roles shouldn’t be controversial, but it was. I am glad he took the risks and hope that Jonathan Majors and Ashton Sanders will look upon their roles in this science fiction triller with the same enthusiasm as I have.

Captive State is a subversive movie with a wicked look at autocratic government. It’s not perfect, but I look forward to whatever Rupert Wyatt does next. A solid movie, it deserves to get a Mulligan for daring to be different. In fact, the movie revolves around a literal and figurative Mulligan and that is alright with me.

Minuses: Uneven pacing, a bit predictable, but I go to the movies a lot so I don’t hold that against them. 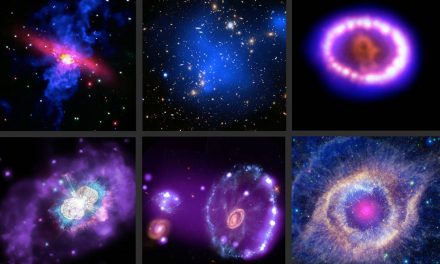