Nearly a year ago, it was the trademark issue being tested in court. ComixMix nearly walked away cleanly from the trademark lawsuit brought by Dr. Seuss Enterprises, almost completely protected under the First Amendment. Parody is covered under Fair Use rules, and the question of whether Oh, the Places You’ll Boldly Go! was parody or not could have been more clear. There was a question as to whether it could also be protected under the First Amendment as having artistic relevance, and at first Dr. Seuss Enterprises had won this point.

At the time this was happening, though, Fox Television and their TV show Empire were going toe to toe with Empire Distribution – a record label and publishing company that has worked with such hip-hop artists as Snoop Dog, T.I, and Kendrick Lamar – over the trademark on the word “Empire” to refer to a music publishing dynasty.

This case made it all the way to the 9th Circuit Court of Appeals. The 9th Circuit ruled that Fox Television was entitled to First Amendment protection for the title of their television show because it had artistic relevance, and was not explicitly misleading. In the end, ComixMix won that argument, and that portion of the lawsuit was set aside, since the rule had come from a higher court’s decision on a prior case ( Rogers v Grimaldi, a 1989 decision that resulted from a lawsuit brought by the actress Ginger Rogers over the Fellini film Ginger and Fred).

The new turn of events in the case are on copyright grounds. ComixMix is off the hook here too, because U.S. District Judge Janis Sammartino has found that Oh, the Places You’ll Boldly Go! is too transformative to be considered a copyright infringement on the basis of the book’s content.

That leaves the last part of Dr. Seuss Enterprises’ complaint, that of unfair competition. Judge Sammartino asked them to provide evidence that the book would actually monetarily damage their brand and by how much. She wasn’t very impressed with what the plaintiffs came up with, and discarded that portion of the lawsuit as well.

Actual Evidence, or It Didn’t Happen

In the final judgment dismissing the entire suit, Sammartino finds fair use of a transformative “highly creative” work that took “took no more than was necessary for their purposes” even allowing for Boldly being a commercial endeavor that may or may not have the potential to provoke marketplace harm – so even if the plaintiffs could have proven that they would be harmed by the publication of this book, the judge found the book to be so different that this argument really wouldn’t have mattered anyway.

Here’s the full decision. It’s not that long, and while a bit full of technical legal terminology, isn’t too difficult to absorb. There is no word on whether Dr. Seuss Enterprises plans to appeal the decision, but considering that the guidelines applied came from the same appeals court they’d have to use to contest the outcome, it doesn’t seem very likely.

The decision is an important one, as it reaffirms the right of creators to parody other creative works under the First Amendment. Rights holders are not uniformly appreciative of creative work based on their intellectual property, and today’s judgment may give at least some comfort to fans using those properties for practice as they learn the skills they need to create their own unique works. 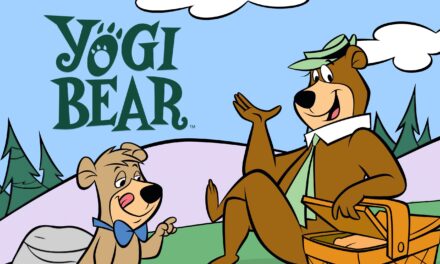 Why Does Yogi Bear Wear A Shirt Collar and Tie?

Marvel: Show Off Your Inner Super Hero, Set Sail With the Avengers