A few years back, Marvel launched a partnership with streaming giant Netflix to bring some of their “C-list” characters to the small screen. After somewhat mixed results, Daredevil, Jessica Jones, Luke Cage and Iron Fist gained popularity – and were picked up for follow-on seasons. That is, until “creative differences” between Netflix and Marvel’s corporate parent, Disney, caused the former to cancel Daredevil, Iron Fist and Luke Cage leaving only the second season of The Punisher and the third season of Jessica Jones to go forward. The cancelled shows had been part of a successful collaboration up to that point and “creative differences” was clearly corporate-speak for Netflix no long wanting to work with its soon-to-be streaming rival.

Now, Marvel is going with what could be considered “Z-list” characters for a slate of four animated series to stream on Hulu. The selection of M.O.D.O.K, Howard the Duck, Tigra, Dazzler and Hit Monkey suggests – at least to those relatively few who have heard of the characters – that the shows are going to be comedic – and weird.

With its impending acquisition of 20th Century Fox, Disney will own 60% of the streaming service with the remaining share owned by Comcast (30%) and AT&T (10%). Those partners have, in their turn made their own high-priced acquisitions – the Sky satellite service and Warner Bros and they are both cable providers who will often be the network various competing streaming services will be using to deliver content to their customers.

While Iger stressed that “Anything we do with Hulu will be done with an eye towards being fiscally responsible to the other shareholders,” at a recent investor conference call, it is widely expected within the industry that AT&T will eventually sell off its 10% interest to Disney to offset its expenses from the purchase of Warner Bros and focus on its own DirecTV and U-Verse networks. Comcast is expected to do likewise, to recoup some small portion of the amount paid to purchase Sky after losing the bidding war for Fox to Disney.

For its part, Disney plans on “investing heavily” in new content for Hulu in addition to the new Disney+ streaming service which the company will be launching later this year. In an investor conference call in November, Disney CEO Bob Iger stated that Hulu would not be getting short shrift, “We think there’s an opportunity to increase investment in Hulu, notably on the programming side.” Hulu will remain focused on general entertainment fare while Disney+ will focus on family-friendly content. When announcing the nascent over-the-top service in 2017, Mr. Iger stressed that it would be limited to G, PG and select PG-13 media. With the acquisition of Fox bringing Deadpool back under Disney control, it was stated that those infamously raucous movies would be available on Hulu in keeping with that policy.

With the announcement of the four animated series and their offbeat characters, it would appear that Disney is taking a page from Cartoon Central’s wildly popular Adult Swim programming block which targets teens and young adults with content unsuited to its primary audience, young children, which airs after they’ve gone to bed. And, although the characters aren’t big names (yet), many of the people behind each series are well known.

George Tarleton, aka M.O.D.O.K. first appeared in Tales of Suspense issues 93 and 94 in September and October of 1967. Created by Stan Lee and Jack Kirby, he became a recurring foe of Captain America. His name is an acronym for Mental Organism Designed Only for Killing. While originally a serious, if not over-the-top and hideously deformed villain, he has varied between dark and sinister and hopelessly comedic over the years. He has appeared in several video games as well as a number of comic titles as well in Marvel’s self-parodying title What The–? a number of times. The show will chronicle the adventures of the villain with the big head and little body as he struggles to maintain control of both his evil organization and his family. Whether that evil organization is Advanced Idea Mechanics (A.I.M.), which he has alternately controlled and been at war with, is not yet clear.

Of the character, Blum said,

“Who is M.O.D.O.K. to me? Well, you have to start at his creation. I find M.O.D.O.K. to be just as iconic as all the other classic Jack Kirby / Stan Lee collaborations. Kirby’s design is the stuff of nightmares yet he’s also somehow… slightly adorable? Stan Lee wrote him as this amazing flawed character, always being undone by his inflated ego and thin skin. Over the years he’s been portrayed as both a menace and a joke and I think our show is much more interested in exploring him as a human being. A human being who’s also a Mental Organism Designed Only for Killing! At the end of the day M.O.D.O.K. is a giant-headed, petulant, insecure, egomaniac with zero social skills. And I for one find that incredibly relatable.”

A veteran of Marvel himself (Marvel’s Agents of S.H.I.E.L.D.) Oswalt added, “I could not be more excited for you guys to see what we do with M.O.D.O.K. He’s the character I was, sadly, born to play.”

“Trapped in a world he never made” has been Howard’s byline since the duck-shaped alien’s first self-titled issue in 1976. He had previously appeared in Adventure into Fear #19 (December 1973) and later in issues 4 and 5 of Giant-Size Man Thing (May and August 1975). His primary goal has been to return to his home planet of Duckworld located in an alternate dimension, with his adventures being primarily social satire with parodies of pop culture and genre fiction with a meta-awareness that is rivaled only by that later seen in Deadpool. The new show will continue that quest as, with the help of his human girlfriend Beverly, he tries to escape Earth before Dr. Bong can turn him “into the crispiest dish on the menu.”

Fan favorite Kevin Smith (Jay and Silent Bob) will be co-writing with Dave Willis who is best known for his Adult Swim series, “Your Pretty Face is Going to Hell”. In addition to writing the series, the two will be producing it along Loeb.  This show is, of course, Howard’s second appearance on screen as the primary character following the forgettable – and some would say ‘regrettable’ 1986 movie. He has also appeared in cameos in both films of Guardians of the Galaxy franchise. That Howard would get his own show, let alone it being on a Disney-owned outlet is ironic given that Disney had previously sued Marvel over the depiction of the character, claiming too much similarity to Donald Duck. As a result, Howard has since worn pants.

This new show takes a pair of supporting characters formerly based on the East Coast and puts them on the West Coast where “they fight for recognition among powered people who make up the eight million stories in Los Angeles.” The show combines a sometimes-Avenger (Tigra) and peripheral member of the X-Men (Dazzler) as “two woke super heroes and best friends.” With that catch line, one can expect a lot of #metoo inspired themes. Tigra is a human imbued with the spirit of the greatest hero of a catlike race who’s last major outing as a member of Hawkeye’s “West Coast Avengers” starting in 1984 had her moving west and embracing the Hollywood lifestyle during its over a 100-issue run.

A mutant able to convert sound to light-powered attacks, Dazzler had her own title running from 1981 through 1985 before being relegated to occasional cameos through the 90s and 2000s. She later appeared in the New Excalibur series,  a self-titled one-shot in 2010, and since 2015 has been a member of the all-female Avengers team, A-Force. Originally conceived as a cross-promotion with Casablanca Records (which was dropped early in publication), Dazzler’s genre was as a disco diva before shifting to rock and adult contemporary. In the 2018 re-launch, she’s now part of the Brooklyn punk scene. Marvel’s publicity image suggest that her musical stylings have returned to something closer to pop.

The creative team behind Marvel’s Tigra & Dazzler Show is Erica Rivinoja (Cloudy with a Chance of Meatballs, South Park and The Last Man on Earth) and Chelsea Handler (Chelsea, Will & Grace among others)  who will co-write the episodes as well as being executive producers with Loeb.

Perhaps the least known of the characters fronting their own series, Hit Monkey originally appeared in a 2010 digital one-shot before showing up again in a three-issue story arc in Deadpool that same year. A Japanese macaque (snow monkey) who learned martial arts and firearms from a wounded assassin his tribe had taken in, Hit Monkey seeks revenge against all assassins after his clan was murdered by those who had pursued the original assassin. In Deadpool 19-21 this put him at odds with the Merc with a Mouth requiring  an intervention by Spider-Man. Since then, he has appeared Mercs for Money and as part of the All-New, All-Different Marvel rebranding event and in the Lego Marvel Super Heroes 2 game. The animated series will have the simian cutting a wide swath through the Tokyo underworld a la John Wick in a brutally funny revenge saga as he’s mentored by the ghost of the murdered assassin.

Marvel’s Hit Monkey will be penned by Josh Gordon and Will Speck (Blades of Glory, Office Christmas Party) who will also be executive producers along with Loeb. Gordon and Speck were fans of the original one-shot, “To us it’s one of the best origin stories for any Marvel character ever”, said Gordon. Speck continued with, “when we met with Jeph and everyone at Marvel, we could tell right away that they just wanted to make something that swung for the fences. That’s all you’re looking for, partners who want to make the weirdest stuff possible.”

In a move that harkens to The Defenders, Marvel’s crossover show featuring Luke Cage, Iron Fist, Jessica Jones and Daredevil on Netflix, the characters from the four animated series will form a team “that no one asked for” – The Offenders – to save part of the Marvel Universe. “We’re so excited for what’s to come!” exclaimed Loeb. “Wait until you see who the team leader is!”

For the Love of Sci-Fi: John Thiels’ “Surprising Stories” 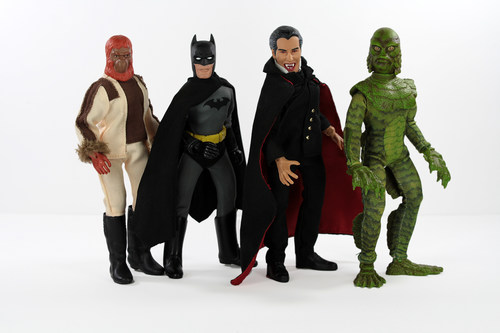 Joe Harris, Creator of Underdog and the Trix Rabbit, Dead at 89

Earth is suddenly visited by water soluable coconut shells who are friendly but incomprehensible and cannot be destroyed by army, navy, air force, space force and/or marines , but scientists create a new weapon which does not work and then they kill us all.
The End.
Loading Comments...
%d bloggers like this: