The Answer-Man Reviews “Cthulhu is Hard to Spell’

I backed an Indiegogo campaign. Yes, this is a big deal because, as a struggling writer, I normally reserve every penny for myself and my family. I was asked to take a look at this publication before it went live and I agreed partially because of the content being related to HP Lovecraft’s Elder God mythos. I read the PDF and found there was something I have always found missing in Lovecraft’s creations. Okay, a bit of explanation is in order.

Let’s put aside the period madness, the racist bigotry and overall unpleasantness of HP Lovecraft as a writer. There are plenty of people who have written on Lovecraft and I shall not join them. I noticed something inherent to most of his work, however, and it is why this Indigogo was so significant to me. Lovecraft’s fears created a Universe of distrust, of beings whose hatred of things not themselves, an all-consuming passion. But the stories are inevitably told from a point of view which robs them of any connection to a Human experience.

Humanity is nothing more than a seasoning in the horror soup that is the Cthulhu mythos. The main ingredient stays hidden, promised but rarely delivered, a world overrun with monsters of the id, feasting upon humanity foolish enough to summon whichever of these fiends was clever enough to escape its eldritch prison.

I have never liked HP Lovecraft’s writing, even before I knew he was a monstrous bigot. It was only after spending some time talking to people who grok his work, that I took another look and realized what was missing from almost all his stories: the best parts of his own humanity.

Lovecraft told stories which regaled in his own fears, disguised his hatreds, his madness, his inability to grasp a world that was changing too fast for him to keep up with. He was a Human swept up in Brobdingnagian transformations of his world, his society, his world-view; he was flotsam in a hostile Universe and he raged against it. But he lost the most important part of his mythos. Something I believe this particular work finds in spades: the strength and breadth of the Human spirit.

‘Cthulhu is Hard to Spell’ reminds us that being Human isn’t the insignificant thing we have been lead to believe in Lovecraft’s work. It’s the opposite, our Humanity is what these forces seek to overcome, to undermine, the very thing they need to return to existence.

Like it or not, they need us. And whether we recognize it or not, they are already within us. It is our humanity which protects us from Lovecraft’s monsters of the id, it is our sublimation of our own ego, the connection to our fellows which makes us immune to their dark blandishments, guides us to make changes which protect each other and the world at large from creatures which can only be given rise when we isolate ourselves from each other.

When cults, false thinking, magical beliefs replace our ordered and reasoned existence, these creatures can come forth, destroying everything around them in a fundamentalist’s fury. What they cannot understand, they destroy. Lovecraft’s work denied his humanity in an effort to stay apart from us.

A Thing of Beauty Can Be a Terror Forever

This is why ‘Cthulhu is Hard to Spell’ is such a resounding presence to me. Each of its stories finds a purchase because it recognizes (even if it is a subconscious thing on the part of the writer) what makes Lovecraft’s mythos work, is the refutation of community, the belief that being alone is the key to power and control of darker capabilities.

In the trade paperback the question is asked again and again: What is power? Do I need it? Why do I need it? What will I do with it once I have it? Do I already have it? Is it more important than what I am giving up? Much deeper than anything I have seen in most of Lovecraft’s original works.

‘Cthulhu is Hard to Spell’ exploits this vulnerability in Lovecraft’s work to great effect, telling the kind of stories Lovecraft could have never told, revealing aspects of his stories he could have never seen and yet still allowing the scale, the horror and the threat of impending inhumanity to lie just around a non-Euclidean angle waiting to strike.

This is a fine piece of work, 177 pages of different writers and artists, each telling their story and connecting to a segment of the Lovecraftian mythos in their own way, produced by Wannabe Press. Some channel just a ribbon’s width, just enough to let you know what lies beneath is something which probably shouldn’t be disturbed, others dive deep into the mythology, playing with every element like a divine chew toy.

My favorite piece is The Eternal War, whose grandiose tale of the creation of the Mythos Universe was moving, beautiful and more than a bit tragic. I think what amazes me most is the power of the stories.

Some are only a few pages long but the joy of the creation is clearly evident in the writer, the artist and when you are done reading, the reader. Eclectic art festoons each page, a plethora of styles, magnificent colors, a Necronomicon of comic splendor sure to conjure imaginations of readers and future writers.

No, every story isn’t a paean to literary genius. Some are fun, a few are quite silly, a number lampoon the Lovecraftian deities outright, making a mockery of Lovecraft’s Elder Gods. Yet, these too have a place, for what better prison could we craft for demons from beyond the stars but to mock them outright, depriving them of any pussiance in our lives.

I salute the editor, Russell Nohelty, and legion of superheroic writers and artists who wrote and drew this fine collection. I see awards in its future because it dared to find within the works of HP Lovecraft something its creator never did.

Beneath the hidden terrors, the distant monsters who defy sanity itself, hiding within the dark heart of Men who would try to tame these things, they found the only thing capable of holding back the darkness.

Hope. A belief in the better qualities of the species. A potential Lovecraft himself knew little about and is likely the reason his work never achieved any degree of acknowledgement in the mainstream. His was a vision devoid of hope, of belief in something better.

“Hope is not a plan” as Captain America recently reminded us. But it is the beginnings of winning any battle, no matter how dark. For without hope, how does anyone rally forth to go on even against impossible odds?

Thank you, Brandon Perlow, for sharing this wonderful, yet dark gift with a world roiling in despair. May this work may act as an Elder Sign, putting monsters to sleep again for another generation… if we’re lucky.

10 out of 10. A resoundingly successful work. 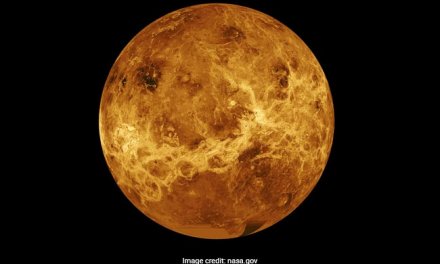 Possible Life Signs Discovered in the Clouds of Venus 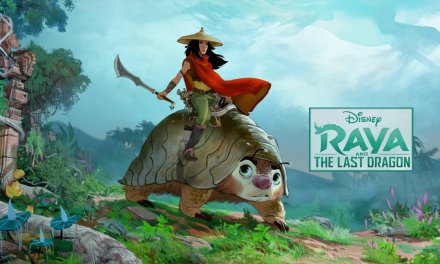 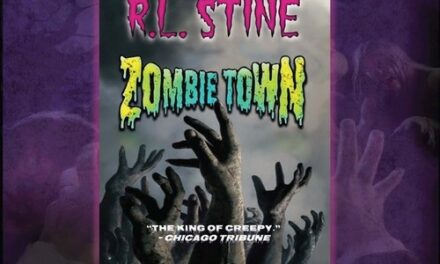