Anthony Sakovich. He’s the one on the right.

“Literature — an expression and form, in connection with ideas of permanent and universal interest.”

The tradition of storytelling dates back to the earliest human beings.  Those early homo-sapiens sat beside the fire and passed on their histories, their hopes, dreams and fears in the flickering orange hues and the creative juices of humanity began to flow.

Born of this well of creative spirit, the rudimentary foundations of written language were formed, and from this, stones gave way to papyrus, and then modern paper.  Gathered around the campfire, carving in the flickering torchlight, writing under the candlelight and lamplight, still people created and shared their stories.

In all of these mediums, human beings poured out their collective dreams onto the page.

In the 20th century new storytelling technologies were birthed into the industrial world.  The film projector poured light out over crowded theaters and soon one creator’s dreams were the collective observations of audiences.  From there, the sounds and voices of these creations filled the air between the streams of photons and immersed movie goers in imaginative and fanciful worlds flickering in hues of grey over the silver screen.

The advent of color in motion pictures blurred the lines between the creator and the audience, making images more lifelike and, when needed, even more fantastic.  But even as the fires of industry burned brightest for storytellers, a movement arose to bring the collected content of human creativity back to the tribe and family, where it was born.

Although early decades saw largely the expansion of technology without true purpose, lending credence to expressions like “boob-tube” and “idiot box” because of its uses for pure entertainment and amusement, it wasn’t long before storytellers heard the siren’s song of those tiny boxes in living rooms across the world.

More channels and greater variety in programming soon became the ethos of the medium.

In recent decades, the technology has led to larger, thinner flatter screens, donning the walls of multiple rooms in our homes.  Broadcast television, born in 1950, gave way to cable and then to satellite signals and today these paradigms of storytelling are currently shifting again to Internet delivery services connecting viewers of many cultures and geographic regions through the global tether that is the world-wide web.  But still, despite it’s reputation and it’s reach, these technological advances have returned the flickering light around which we gather to the fundamental social unit — the family, the tribe.

In all this, one thing remains a constant.  It is the desire, nay — the imperative — of human beings to gather beside the flickering embers, and whether as members of the family, or as citizens of the global tribe of humanity, listen to and tell our stories.

So many may lament the imagined loss of past “golden ages” of literature and then film or even radio, but for that longing and for the nostalgic harkening of lifestyles long past, there is in these changes some consolation.  It is comforting to think of those early human beings, so disparate than we in their struggles for survival, seated in the setting sun’s last rays, beside a flickering amber glow to share their stories of hope, their fears of what lay beyond, their histories and their dreams, so like we in the 1080p glimmer shown over carpets, couches and easy-chairs.

So, before you judge that tiny box or massive screen, consider its implication.  It is the modern campfire.  Consider, if I might ask, that it is not merely the latest gadget, but it is your end of a thing string that tethers humanity to the first of us — today’s stories to the first stories — today’s truths to the first truths of our existence.

Just another thought “thunk” by a storyteller no smarter than you. 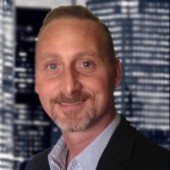 Who Watches the Watchmen?

Earth becomes sentient and begins eating other planets who behave in a friendly manner.
The End.
%d bloggers like this: