The convoluted saga of Star Trek continues in the toy aisle. Customers who had pre-ordered McFarlane Toys’ replica of the Phaser from Star Trek: Discovery were informed over the weekend that the orders had been cancelled. While McFarlane Toys has not made an official announcement, customers received emails from online vendors that the product was not going to be produced.

The production prototype had been revealed this past February at the McFarlane booth at the New York City ToyFair. Also appearing were 7-inch figures of William Shatner as Captain Kirk from the original series and Patrick Stewart as Captain Picard from Star Trek: The Next Generation. All three toys displayed the high quality and finish that McFarlane is known for. They were scheduled to be in stores and available online in time for the holiday shopping season. A figurines of Discovery’s Michael Burnham was being promised for 2019 but a second figure — T’Kuvma — had already been cancelled by that time.

The phaser itself promised to be a very useful prop for cosplayers. It featured a rotating barrel that switched between “stun” and “kill” and a removable hand phaser (Type 1 for the long-time fans of the original series) along with other interactive features that made it more visually impressive than a resin replica. And, with a retail price of $34.99, it was more affordable than the Starfleet Phaser Pistol Interactive Prop Replica being offered for $499.99 by Anovos.

As was mentioned above, McFarlane Toys did not offer an official explanation. However, it appears that lack of interest on the part of retailers is being cited for the cancellation. CBS had reportedly urged McFarlane to make the phaser, and the company was obliged to prototype it out if for no other reason than to maintain good relations. Star Trek appears to be a new license for the company, so there’s even more incentive to cater to the studio’s request.

The normal course of a toy’s progress to market (or most any consumer product for that matter) is for it to be shopped around to buyers for the various retail chains. Once orders are secured, the company can gauge how many units to produce, package and ship from overseas. The plastic-injection tooling alone costs $10,000 at a minimum and no company wants to be stuck with thousands – or millions – of dollars in unwanted product.

In addition to its own website, Amazon and online sites that cater to selling pop culture items, McFarlane Toys are commonly available through major retailers such as Walmart, Best Buy, Target and the recently defunctToys “R” Us. The loss ofToys “R” Us has hit a number of toy manufactures hard, regardless of their size. Even though Toys “R” Us had been telegraphing its inevitable demise since last fall, its bankruptcy removes a major distribution channel to reach customers. With one of the four biggest retailers out of the picture, a lack of interest by one or more others can doom a product’s launch.

If Target, or Walmart were not interested in putting the phaser on their shelves, no amount of interest from the pop culture e-tailers would be sufficient to bring the product to market. Part of this lack of interest may be found in a notice posted by one of the online stores that had been taking pre-orders, “McFarlane is prohibiting distributors and retailers from shipping this item to consumers in California, Connecticut, Kansas, and New York due to the specific and restrictive “imitation firearm” laws in those states.” For a retailer, the inability to sell a product in certain markets is a logistical and legal nightmare. When two of those markets are the most populace states, the value of adding the product vanishes.

It could also be speculated that the general lack of visibility of Star Trek: Discovery itself contributed to the lack of interest on the part of the retailers. As has been reported a number of times here on SCIFI.radio, CBS hid the show behind a paywall, limiting the number of viewers to about 3.5 million in the US at most based on what little data the broadcaster has released. With the continued popularity of the Star Wars and Avengers franchises, they (and not Trek) are the sure bet for profitable use of that precious real estate on the store shelves.

This is not to say that Star Trek has lost its marketing clout. McFarlane is still releasing the Kirk and Picard figurines, complete with highly detailed accessories and swappable hands. They are expected to retail at $19.9, and the ever-popular Star Trek Hallmark ornaments will return with a classic Enterprise and tricorder along with the famous swashbuckling Sulu scene from The Naked Time representing the original series. They will be joined by figurines of Lieutenants M’ress and Arex from the Animated Series and, the USS Discovery NCC-1031 from … well, Star Trek: Discovery. Discovery fans can will at least be able have a momento from the show on their tree, if not in their hand this Christmas. 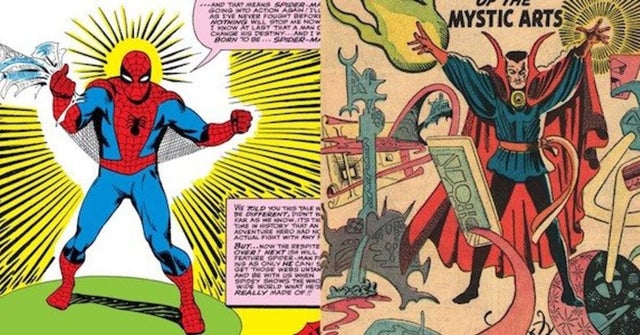