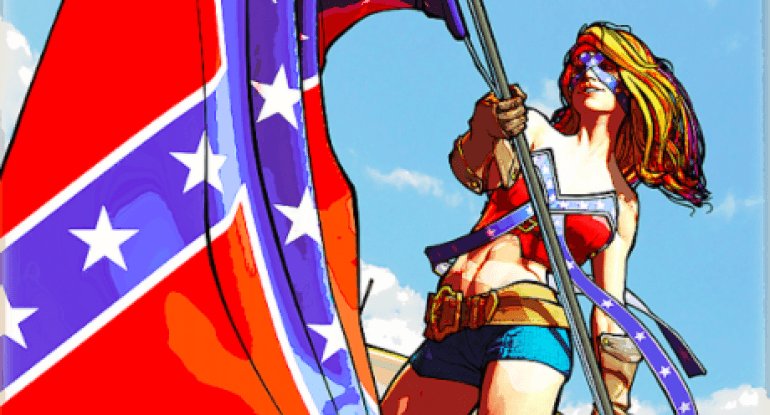 Vox Day is at it again.

What you are about to read is heavily slanted in a left-leaning direction. Being concerned about bias, this time, goes out the window. To try to treat blind rage hatred of any human being as a valid, supportable point of view, though, would be an act of journalistic cowardice.

After the dunning he got for his attempted takeover of the Hugo Awards in 2015, Theodore Beale, aka Vox Day, is at it again. His new effort is Alt*Hero, intended to push his own bleak brand of personal politics, and involving the creation of an alt-right comic book, designed from the start to “trigger” progressives and create a protective cocoon for alt-right comic book fans so they don’t have to look at all that ooky “love they neighbor as thyself” stuff.  It’s a white supremacist’s wet dream.

He’s put his campaign on a crowdfunding site that goes out of its way to state that it does not block projects based on hate speech (Patreon, Kickstarter and GoFundMe all have rules against doing this).  Still, his comic book series has quickly surpassed its $25,000 fundraising goal. His characters smoke, violently hunt undocumented immigrants, and dress in versions of the Confederate flag.

The goal was met by the contributions of just five backers. Most of them are marked as private, so we can’t know whether they are legitimate backers or fake accounts meant to quickly and improbably push the campaign over its funding goal.   When something like this happens, it’s intended to make you question your world view and make you wonder if there aren’t a whole lot more haters out there than you thought there were. There were really people standing in line with $5,000 checks waiting for him to launch?

This would be in keeping with the goal of the entire project, so we would not be surprised at all if it were later discovered that these initial backers were all fake accounts. $25,000 in four hours, from five backers. Anybody believes this was legit, raise your hands. Anybody? Beuller? Beuller?

Thanks to all of the Alt?Hero backers who made these comics possible. The initial goal was met in just four hours! #AltHero #DailyMemeWars pic.twitter.com/dyxMb9aK3t

There are some odd mathematics going on here as well. While Beale has apparently gotten himself over $128k in support for his project, there’s a problem: he has less than 1500 backers. Since his Alt*Hero comic is pretty much guaranteed not to be picked up by Diamond Comics Distributors because of its mindlessly racist content, Beale’s options are limited, and for much the same reasons he couldn’t put his project on a major crowdfunding platform.  He may actually be able to go to press with his comics, but it’s not very likely that anybody outside of the donor group will actually want copies of them. Check out this cover art. Marvel it ain’t.

We can’t help but note the hubris in this statement. With a single line of comic books, Beale believes he is going to erase generations of work by the major publishers and “set things right”.  One of the tweets from Vox Day (his monicker on Twitter is “Supreme Dark Lord,” that should tell you something important about him right there) shows Kamala Khan crying because Trump is going to have her deported.

Support Alt?Hero if you want to see Kamala Khan, aka Ms Marvel, deported.

We were wondering what Beale would do once his Castilia House takeover of the Hugo Awards belly flopped. Now we know.

Beale’s / Vox Day’s attempt to hijack the Hugo Awards looked and felt like an attempt to steal validation for his ideas from a public body known for being one of the prime bellwethers of public opinion in fandom. This time, though, Beale has massively screwed up. Despite getting his money, his message will resonate only with the thousand or so backers in what amounts to a backwater echo chamber, because only they will see it. His message will not spread beyond this fanatical core.

Comic books, like most of the stuff Fandom loves, are about hope for the most part. Sometimes it’s about horror, or combat, or mystery, but at the root of all of that is the return to humanity that makes all these adventures worthwhile. There is nothing for us in Beale’s mentally masturbatory comic books. They are anti-humanist at their core. There will be no mass takeover of the comic book industry by a tiny cadre of rabid puppies today. Or tomorrow. 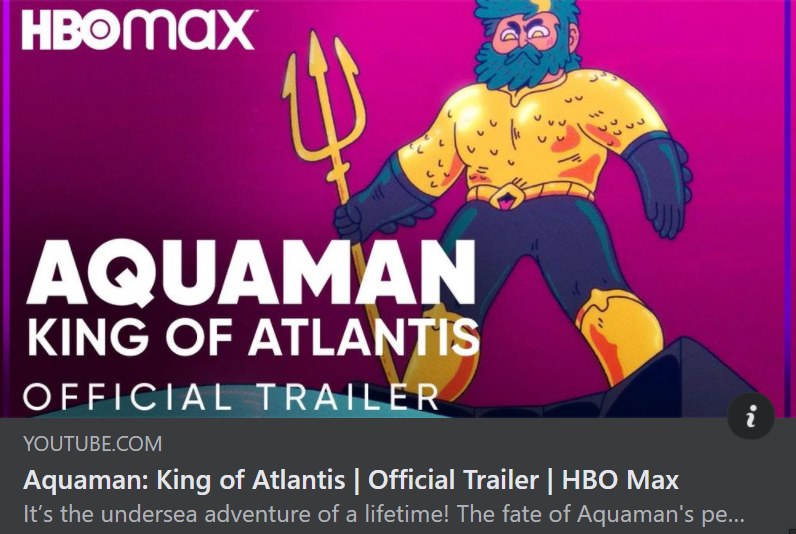 ‘Aquaman: King of Atlantis’ is Coming to HBO Max!

1st Peek at the Trailer for ‘Supervized’