What Jack Kirby Meant to Me

Today would be Jack Kirby’s centennial birthday. Born August 28, 1917, Kirby’s artistic style would become the hallmark of an era across both the Golden and Silver Ages of comics.

Kirby was a man of many facets. Raised in the hard-luck period of the Depression, he would be forged into something different than many artists of his day, a soldier who would see war first hand and be forever changed by it.

You could see it in his stories. His characters were flawed, brilliantly. They would aspire to greatness and, oh so often, fall short. The Fantastic Four embodied this perfectly. Kirby knew great men were often still — only Human.

Kirby’s Fantastic Four is his seminal work. drawing over 102 issues of the comic before leaving Marvel in the mid 1970s. The look and feel of the First Family was Kirby’s achievement and all of their wonderful dysfunction is represented in Kirby and Stan Lee’s work in those early designs and stories.

In my mind, his greatest creation, Ben Grimm would echo what I believe were Kirby’s truest sentiments on the Human experience and would embody Kirby’s personal viewpoint of man, after serving in War.

Ben Grimm, covered in an orange, superhumanly-tough epidermis would never be able to return to his Human form, transformed by his exploration into the unknown as a member of Marvel’s first superhero families. Grimm remained stolid, serious, and forever loyal despite Richard’s failure to change him back into a Human.

I think the Thing was Kirby’s way of describing the change he experienced after the second World War, it was a permanent thing which could not be undone. Yet, Ben strove despite his handicap. He knew love. He had family. He was an adventurer with the greatest superteam the Marvel Universe had ever known and win or lose, he was going to be there for them uttering his favorite catchphrase every chance he got: It’s clobbering time!

While Kirby is known for his work on some of the Marvel and DC’s greatest properties, it is some of his more offbeat characters which stole my heart.

I discovered Kirby’s work in Captain America long before I even read the Fantastic Four. Having had access to a friend who was a comic collector, I was able to read comics from the Golden Age and Kirby’s Captain America was my introduction to his art.

He would be one of my favorite artists from the Golden Age because of the energy of his work, his bold lines and willingness to forego pure anatomy and replace it with a kinetic action rarely attempted back then. Kirby’s art would change my life, his heroes would alter my outsider status and help me come to terms with being different.

Kirby’s creations were numerous and quirky, often too strange for a child of the sixties, but I tried to wrap my mind around works such as OMAC – the One Man Army Corps, Buddy Blank and his computerized friend/support system, Brother Eye.

I was an OMAC fan long before DC turned Brother Eye into a Batman science project. Buddy’s transformation, his colors, his fighting technique, his mohawk, all made for a character whose distinctive silhouette, style of speech and over the top adventures made OMAC more fun to me than the law should allow. OMAC, like Kirby’s Captain America didn’t just fight, he exulted in his role as a protector, diving into his enemies like a swimmer into his favorite pool.

Another favorite was the rhyming demon, Etrigan and his famous litany for transformation: “Gone, gone oh form of man, rise the demon Etrigan.” I still get chills when I read those old pages of Kirby’s. The Demon was a book so over the top; wherein the hero should have been considered a villain except everyone he fought was so much more terrible than him, he finds himself allied with the forces of good. Only just so that he can have a place to left for him to destroy something the next time he is transported to Earth. Even he admits no love of the Earth, it’s only attraction is the fragility of everything here.

The Demon was a great read because like many of Kirby’s creations he was very Human and yet something not of this world. His alter ego, Jason Blood was as refined as Etrigan was monstrous. Their relationship filled with the tension Kirby was known for creating in his works and my love affair with Etrigan continues to this very day, spewing hellfire on anyone stupid enough to get in his way.

My lasting and most endearing favorites are the New Gods and the Eternals. They are two of the same things, one created for DC, the other for Marvel, but both told of a world, a future world, where Humanity or something looking much like us, would master our minds, our bodies and turn our dreams into reality.

Kirby reminded us such a thing was both possible and not the end of the challenges we should expect from the world. As we evolved, so would the face of evil. The New Gods lived just apart from their ultimate evil and would be forced to treat with it, trading sons for peace.

The New Gods, lead by Highfather would raise the living fury that was Orion, son of Darkseid and Highfather’s gentle son would be imprisoned on Apokalips as a slave of that world. In this way, a cold war was begun that would last until Highfather’s son Scott would declare his freedom as the amazing Mister Miracle.

I LOVED THIS GUY. He made himself the ultimate escape artist. Part Houdini, part super-scientist, Scott Free would become the opposite of his counterpart Orion. Free eschewed violence and Orion personified it. Both would become before it was over, the greatest heroes their respective worlds would ever know.

What made Scott more endearing to me than Orion (though I am a fan of the red-haired rage machine) was his dedication to family. His advisor Oberon and his beautiful fighting titan of a wife Big Barda, were always in some kind of trouble only Scott could get out of. With the addition of the Forever People, and the occasional appearances of the Infinity-Man, the New Gods rivaled Superman for awesomeness in my mind.

The Eternals were Marvel’s ultimate Kirby creation. Descended from the machinations of galactic space gods, the Eternals were mysterious beings engaged in constant battle with the Deviants who we watch over the years become more relatable as Kirby humanized them and their struggle with the god-like but ultimately flawed Eternals. Kirby didn’t get to do as much with them as he would have liked but they have become a cornerstone of the Marvel Universe contributing to the cosmic mythology of the DC Universe and by bringing us Thanos, a descendant of Kirby’s Eternals.

But may favorite character of Kirby’s is not a person at all. It is a cosmic force which wandered the Universe challenging worlds for their very existence. Those which were worthy would survive. Those that were capable would flee. All would tremble before the might of Galactus, the Devourer of Worlds.

While the Surfer was the character everyone wanted to be, I wanted to understand his master, Galan of Taa, also known as, the enigmatic Galactus. The first creature to be reborn into our Universe. The last of his kind, cursed with a powerful urge he cannot ignore, yet dare not indulge.

Is this not the ultimate expression of the Human Experience? In the creation of Galactus, Kirby revealed the secret heart beating within the breast of every Human: What would I do, if I could do anything? Would I, if I were beyond all conceptions of right and wrong, be a god or a monster?

This struggle is not uniquely one Galactus had to deal with. Kirby reminded us all of our potential, our inner choice to choose what could be the path of the monster, to destroy all before us in our quest for power, or to find a way to temper ourselves, challenge ourselves to be better than we are on any given day.

Galactus knew this as well. This is the only explanation which makes sense when you consider the Silver Surfer. He exists as a conscience, a cosmic “Jiminy Cricket” to the space-god.

Jack “King” Kirby, thank you for these amazing heroes and many others you and your friends have made over the decades you drew and wrote comics. In your creations, you defined the very truth of humanity, to strive for the best we can be, even when this best may be oh so very difficult to find.

The King is Dead. Long Live The King! 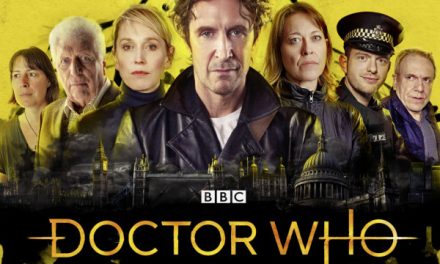