This is your SCIFI.radio coverage of Sony’s E3 briefing.

We kick off in some ancient ruins that wouldn’t look too out of place in a Indiana Jones’ movie but it’s not. It’s Uncharted: The Lost Legacy. Check out the trailer.

Next up is some DLC for the game Horizon Zero Dawn called “The Frozen Wilds”. It adds new depth and dimension to a game that already pegs the needle on the awesome meter. Check out what it looks like below.

Next is the long awaited return of a popular franchise to consoles, Monster Hunter World. This trailer is awesome. Check it out.

A fan favorite is up next. It gives its franchise a fresh new look for the current generation. Shadow of the Colossus for PS4 is basically just a HD remaster of the original game using the ps4’s rendering power to make it look and play better then we could ever imagine in the PS2 era. Here is the trailer for it.

Marvel vs Capcom as a franchise first hit the arcades in 1996 with the game X-Men versus Street Fighter, and was quickly ported to both the Sega Saturn and the original Sony Playstation. A bit more than 20 years later and it’s still going strong with the newest title, Marvel vs. Capcom: Infinite. This trailer is pretty cool, and the storyline trailer is already available in the PS Store. Take a look.

Next up is a trailer for the newest entry in the Call of Duty franchise. Not one of my personal favorites by any measure, but you can see how far they’ve come since the release of Infinity Ward’s release of the original Call of Duty in 2003. Have a look. Don’t let my personal bias ruin your fun.

After this, they showed a montage of Playstation VR titles, some of them look cool and others just looked … well … judge for yourself by watching said montage below.

The next trailer reboots the  Playstation exclusive franchise, God of War. Kratos has a past, and a future. His son, despite being physically frail, may be his greatest strength. I personally see a lot of potential here and don’t wanna spoil anything for you. Check out the trailer for God of War: Be a Warrior.

To break up the monotany of continual reboots and rebranding of old franchises, we have a new title called Detroit: Become Human. What happens when artificial intelligence wakes up and realizes it can choose its own path? It’s a war between humans and androids. Choose the violent route or a peaceful one. The story is yours. This game looks like like it has a lot of promise, and is a refreshing change from the endless rebooted franchises. Check it out.

Last but not least, Marvel’s Spider-Man. Holy crap does this game look good… like seriously. Spider-Man games have traditionally been solid performers, but never exceptional. That’s about to change. Watch this trailer now.

That concludes our Sony #E3 coverage for this year. Last on the agenda is Nintendo, so stick around for that — and check out my return to the airwaves this Friday at 1 pm PST/3 pm EST! I’ll be covering the PC gaming show then and give you some thoughts about Skyrim for Switch, VR on consoles, and more.

Video of the Day: “A Crimson Man” 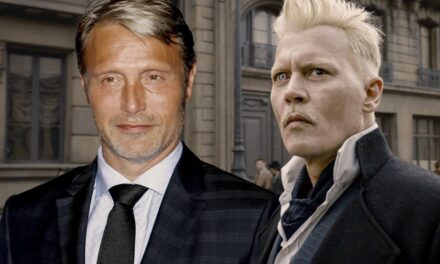