Is “Wonder Woman” Getting the Attention She Deserves? Some Fans Don’t Think So

SyfyWire pointed out that “there was more advertising for Wonder Woman in Batman v Superman: Dawn of Justice that there has been for her standalone film.” The Mary Sue wondered where the Wonder Woman marketing is, and why we’ve seen so little of it.

Vivian Kane of The Mary Sue had this theory:

The studio just doesn’t know how to market this movie. This movie, which stars a female protagonist, but isn’t a typical female-oriented property, as they’ve become used to viewing them. Of course, as we all know, this very much is a movie women are clamoring to see, but studios tend to get stuck in the mindset of equating men with superheroes and women with romance. For an industry so fearful to exist outside of binaries, a female hero with the potential to appeal to a bunch of different demographics equally is bound to confuse them.

A pre-Wonder Woman Diana with her mother, Queen Hippolyta [Image via Warner Brothers]

Some fans don’t think it’s deliberate misogyny.  Some fans have suggested that the producers of Wonder Woman  don’t want to compete against the hype of Guardians of the Galaxy, Vol. II. Some fans remember #WheresRey and #WheresBlackWidow, and don’t want the Wonder Woman movie to fall into the same pit of oblivion. Marykate Jasper of The Mary Sue suggested “it’s possible that they’re pacing themselves for a blitz in the last month or so, but this looks suspiciously like Hollywood sexism at work.” Whatever the reason, Heroic Girls has decided to do something about it.

Heroic Girls is an organization dedicated to empowering girls by advocating for strong role models in alternative media — particularly comics.  They  “want to get more girls and women involved in the creation and consumption of comic books as a tool to increase assertiveness and self-esteem, and to help them to dream big.” They’ve decided that if the studio won’t step up and do right by the movie, they’ll do it for the studio.

What do you think?  Is the studio just waiting until Wonder Woman won’t be eclipsed by Guardians of the Galaxy, Vol. II? Is the studio unsure how to market a film about a superheroine rather than a superhero? Can #30DaysOfWonder make a difference? 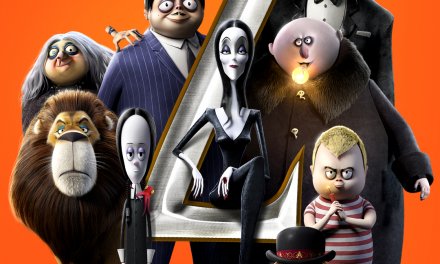