“But, I don’t know what to wear!” is a commonly heard phrase when the subject of cosplay comes up. If it’s a veteran cosplayer, it usually means that they can’t decide which impression they want to put on at an event. Is it the Wedding Sherlock, or the Newt Scamander? Lady Sith, or Captain America USO Girl, complete with victory curl?

For someone who has been thinking about dressing up in a costume, that sentence is often as far as they get before giving up. The reasons usually involve expense, not looking like the subject, or a body issue. There are plenty of articles on DIY, hacks to achieve an effect, and other aspects of achieving a successful impression. I’ll leave those to the experts. Here is some cosplay inspiration seen at WonderCon 2017 held in Anaheim on March 31 through April 2.

The first – and most essential element – to a successful cosplay is confidence. It’s a cliche, but for others to believe in you, you need to believe in you. Confidence is what lets you “own” your impression. A classic example is the woman in the chain mail bikini that is a staple of the Renaissance Faire scene. This predates the “Slave Leia” meme by at least a decade, if not more. It was very easy to tell who was wearing it because her boyfriend asked, and who was wearing it because SHE wanted to. The confident girl with the home-made mail and “average” body wore it better than the girl with the supermodel body and professionally-made outfit who was just wearing it to make someone happy. While the latter lady had all the right physical ingredients, it was the former who was standing straight, head held high, laughing and having fun. And it’s that last word, fun, which is what this is all about in the first place.

Expense is a very real concern, but it should not stop one from trying. Some of the best cosplays were low-budget, but without looking like a discount Halloween costume. Often, one can take something from their everyday wardrobe and go from there. Props can be added over time as the budget allows. The nice thing about conventions is that most fellow fans appreciate the effort put into the cosplay impression.

Gadget from Rescue Rangers and Queenie from Fantastic Beasts

The Mayor of Halloween Town

Body shape, age, gender and even disabilities aren’t the barrier they once were. A large part of that has to do with confidence, but “gender bent” impressions are commonplace. Technology and cleverness can overcome physical limitations as well.

Don’t let perfect become the enemy of good. Cosplay is all about having good fun.

Indiana Jones and Short Round

Sometimes, going way outside the box is the way to go. Combining two or more fandoms into one can have some surprising results.

Alice, the Cheshire Cat and Tigger – agents of the Empire

Jedi Woody and his Padawan, Buzz

The most important part of cosplay is that it’s fun. Where will your imagination take you? 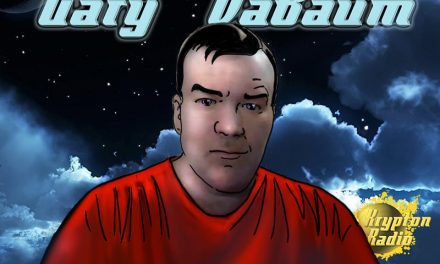 Video of the Day: Bad Lip Reading Does “The Force Awakens” – With Mark Hamill!

SpaceX Sticks Its Landing And Does Not Explode