After a long battle with brain cancer, legendary artist Bernie Wrightson has passed away.

Rather than share the public history of this illustrious artist which so many have done so well, instead I am going to share my personal interaction with Bernie Wrightson’s art. This weekend I was recovering from a traumatic experience with my house by going through my DVR. I found an as yet unwatched episode of Justice League Action, featuring a personal fan favorite, the House of Mystery and its “able caretaker” Cain.

I had not yet heard of Bernie Wrightson’s passing but just seeing the House of Mystery brought me back to my first interactions with the Horror genre with Wrightson’s first story in House of Mystery: The Man Who Murdered Himself which appeared in issue #179 (March–April 1969). The irreverent tone of House of Mystery was one of its more enduring qualities and Wrightson’s extreme attention to detail became a defining signature of horror comics of the day.

I did not discover Bernie in horror at first. My first exposure to Bernie Wrightson’s work was in the black and white pages of Marvel Preview #4 in 1976. I was an impressionable twelve years old. This particular comic featured the predecessor to the name of a now famous character, who at the time, was as obscure as could be: Peter Quill. You might know him better as Star-Lord. Yes, with a hyphen.

Marvel Preview was one of Marvel’s grab bag titles, so you never knew what you were going to get. This particular issue featured a character I had never heard of. Bernie’s art was evocative and even his simple panels sang out with hidden details in every corner. Looking back, I realize Star-Lord was a problematic character, with a questionable roguish background, challenging morals and a bit of an attitude problem. But Bernie’s artwork was rich and evocative. It made me want to know more about Star-Lord and kept me interested for years in the character between his limited appearances.

Bernie would not get to revisit the character because of the nature of Marvel Preview, so I was forced to seek out his artwork elsewhere.

Thus began my relationship with Wrightson’s Swamp Thing. These were deep, moody and often sad stories where Bernie’s clear appreciation of the natural world came out in every panel. Every root, dimple of earth, leafy texture was captured in breath-taking detail.

No one in comics could do what he was doing. I don’t know if he knew it then, but his pencils had changed the way comics would look forever. He didn’t stay with DC or Marvel long, but his House of Mystery work became a signature of his relationship with the Horror genre and comics.

Then just like he appeared, he disappeared from the comic scene. His work would begin to appear in other places. He illustrated books, he did book covers, he made my favorite poster for Stephen King’s Creepshow and would later do the comic adaption of the film (a comic still in my collection).

He would contribute cover art for several bands including my favorite at the time, Meatloaf. Wrightson would pick up the pen and create one of the signature characters of the Heavy Metal magazine (which had become my latest comic obsession) the legendary space menace, Captain Sternn.

Captain Lincoln F. Sternn would go on to be immortalized in the movie Heavy Metal, with the best description by a shill brought in to be a character witness. Said witness under alien influence reveals his true feelings for Sternn.

I lost track of Bernie after that. I joined the military and for a time comics faded from view. When I returned to comics, I found Wrightson still did some work for the industry but was working as a conceptual artist for the movie industry. He was involved in my favorite horror movies including Ghostbusters and the deliciously icky The Faculty. He also worked on George Romero’s Land of the Dead, and Frank Darabont’s, Stephen King film The Mist (one of my all-time favorite horror films). He also did concept work for Galaxy Quest and Spider-Man.

Wrightson’s artwork and creativity spanned four decades and everything he touched was improved by his thoughtful art style, rich with subtlety and nuance. His use of reversal, his extreme detail showed a love of the natural world he was able to capture in every panel of his work. Wrightson was a force of nature, transforming everything he touched, including the people who were inspired by him. On social media, artists and creatives paid tribute and dubbed him the Maestro of Monsters. Luminaries such as Guillermo del Toro and Neil Gaiman paid their respects.

Bernie Wrightson won several awards along the way for both writing and artwork including the Shazam Award for Best Penciller, Best Individual Story for Swamp Thing and continued to wow his fans and the industry decade after decade. In 2015 he won the Inkwell Award recognizing his 45 years of work including the co-creation of DC Comics Swamp thing and Frankenstein, two of his most enduring and amazing pieces of work.

There are people who are recognized publicly for the work they create and the cultural transformations they bring to an industry. Stan Lee is such an individual.

But there are those quiet souls who, like a strong willow in a quiet swamp, grow more magnificent with age, quietly enriching the lives of us who live on the edge of things, those people who find themselves moving to a different drummer.If you have not had the pleasure, look around the Internet and partake of this master of the narrative story form. His work was without peer.

Wrightson’s work was a force throughout the years I enjoyed comics, fantasy, science fiction and horror. The beauty of his work made the enjoyment of such fringe creations a private joy. Even when I didn’t know he was there, the works I gravitated to had his fingerprint on them showing just how much he had touched me.

I’ll create emboldened by your eclectic and magnificent shade. Rest in peace, sir.

Bernie Wrightson is memorialized by his wife, Liz Wrightson, on his website. Our condolences to his friends, fans, family, and loved ones. 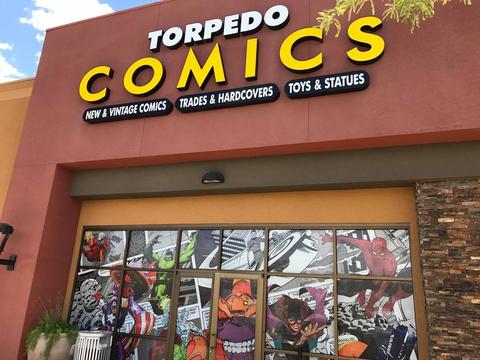 On ‘The Event Horizon’: Ryan Henning of Torpedo Comics & Torpedocon 2021 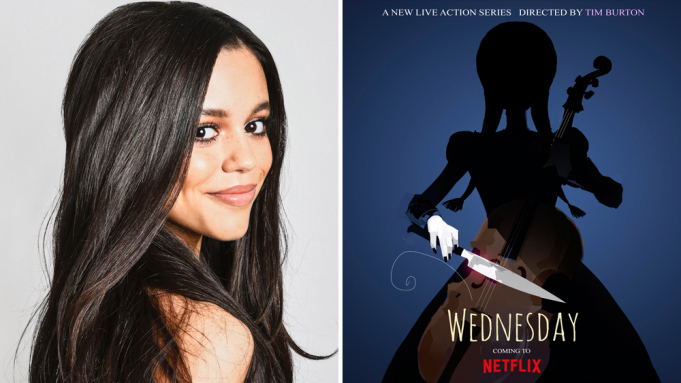