In September, fans of Star Wars Rebels were given Funko Pop! figures featuring Ahsoka and the Ghost crew. Soon, they’ll be getting the chance to balance the Force with some of the show’s bad guys: namely, the treacherous Inquisitors who pursue the Rebels’ Jedi heroes. In early February, exclusively at Wal-Mart, you’ll be able to purchase the three new figures.

From the show’s first season comes the methodical, analytical Grand Inquisitor, a gaunt, pallid Utapaun who stalked Kanan and Ezra for his master, Darth Vader. This former Jedi Temple Guard was also responsible for the training of other members of the Imperial Inquisitorius, including…

…the Seventh Sister, who was tasked with tracking down Ahsoka Tano and ultimately came into conflict with the Lothal rebels. This sadistic, twisted Mirialan was as cruel as they come and as fiery as her pair of crimson blades.

Speaking of lethal pairs, she was rarely far from her fellow Inquisitor, the Fifth Brother, a brute of unknown species whose design was actually based on unused Kylo Ren concept art. While he was less vocal than his counterpart, he was no less vile and ruthless.

Those of you who have subscribed to Smuggler’s Bounty will be getting someone very menacing, very Phantom Menacing, in your March shipment. The fallen Sith Lord, “formerly Darth, now just Maul,” will be part of the Rebels-themed box. For those who haven’t subscribed, there’s still time if you’re interested in such a cool offer.

The Star Wars Funko Pop! galaxy keeps on growing, and with this new release dark side, turning towards the some are hoping the legendary Grand Admiral Thrawn will be next. I think the Bendu would be cool. Who are you hoping for? 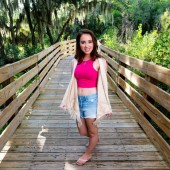 Video of the Day: “Goblin Queen”